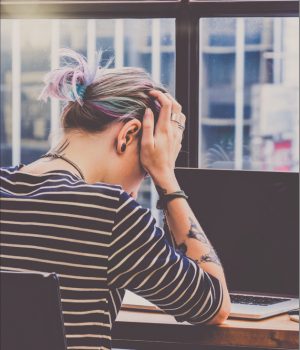 Published in the November 2018 issue of Today’s Hospitalist

WHAT TOLL DO sexual harassment and assault take on women’s physical and mental health? A new study posted online last month by JAMA Internal Medicine looked at survey responses of more than 300 women between the ages of 40 and 60.

Among them, 19% reported a history of workplace sexual harassment, while 22% reported a history of sexual assault. Harassment was associated with significantly greater odds of hypertension and of poor sleep, while sexual assault was associated with poor sleep, an almost three-fold greater risk of depression and a two-fold greater likelihood of anxiety.

In other news, an NEJM article published in October by the New England Journal of Medicine reports that, in response to the #MeToo movement, some men in academic medicine are now afraid to mentor female physicians. Because such relationships are key to the success of women leaders, the authors call on academic centers and health care organizations to implement strategies to help male colleagues support mentoring opportunities.

CDC: 2017 was the worst flu year in four decades 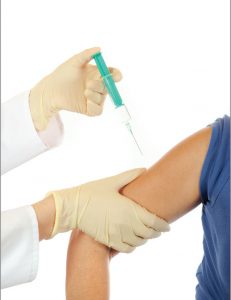 FIGURES RELEASED in September by the Centers for Disease Control and Prevention (CDC) will come as no surprise to anyone who worked in a hospital last winter: Last year’s flu season was the worst in about 40 years, with influenza killing 80,000 people in the U.S. and causing more than 900,000 hospitalizations.

According to Washington Post coverage, that number of hospitalizations is twice the typical number during regular flu seasons. The highest number of flu-related deaths in recent years was 56,000 in 2012-13. Despite the ferocity of last year’s flu season, vaccination rates remained flat, with less than half the U.S. population getting vaccinated.

Vaccination rates last year also fell among children age 5 and younger. The CDC reported a record-breaking number last year of flu-related deaths (180) and hospitalizations among children. The CDC is urging everyone age six months and older to receive flu vaccine. 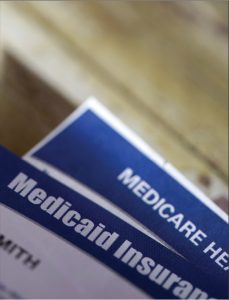 SINCE READMISSION PENALTIES took effect in 2012, hospitals treating low-income patients have complained that they’re unfairly penalized because more of their patients can’t afford medications or regular access to outpatient care.

Analysts quoted in Kaiser Health News coverage in September believe that readmission penalties for safety net hospitals next year will fall 25%. In other readmission news, a study published in PLOS ONE finds that for-profit hospitals in 2012-15 had higher readmission rates for patients with six major diseases than those treated in public or nonprofit facilities.

How does six months of DAPT post-PCI measure up to one year of therapy? 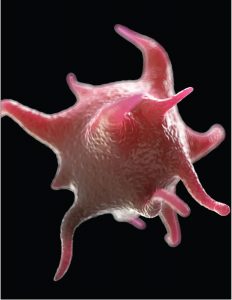 AN INTERNATIONAL RANDOMIZED TRIAL that compared six and 12 months of dual antiplatelet therapy (DAPT) for STEMI patients receiving second-generation drug-eluting stents has reached this conclusion: DAPT for six months is noninferior to 12 months.

Patients in both arms who were event-free after six months of DAPT were randomized to either single therapy (aspirin) or to DAPT for the next six months. Among patients receiving single therapy, 4.8% had a composite outcome of all-cause mortality, MI, revascularization, stroke or major bleeding within 18 months vs. 6.6% who took DAPT for 12 months. Results were published in the October issue of The BMJ.

The authors note that other studies have found benefit from longer DAPT duration. However, “this trial for the first time shows that a shorter DAPT duration is also feasible and safely applicable,” they wrote, “if clinically required even in patients with STEMI.”

Are doctors overtreating hypertension at discharge? 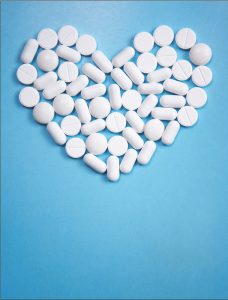 A NEW ANALYSIS of Veterans Affairs hospital data finds that 14% of patients are discharged with a new or higher dose of antihypertensives than they were taking as outpatients. That’s true even though more than half those patients had well-controlled hypertension before admission.

The BMJ published the results of the retrospective cohort study in September. Not surprisingly, researchers found that intensified treatment at discharge was associated with elevated inpatient blood pressure. However, 8% of patients who didn’t have elevated blood pressure in the hospital, as well as 24% of those with moderately elevated inpatient blood pressure and 40% of those with severely elevated pressure, received intensified treatment. That was defined as having new antihypertensives prescribed at discharge or having the dose of an existing prescription increased by more than 20%.

“A shift away from treating all high numbers,” the authors wrote, “and toward a patient-centered approach to inpatient blood pressure management is urgently needed.”

What it will take for comprehensive access to stroke therapies 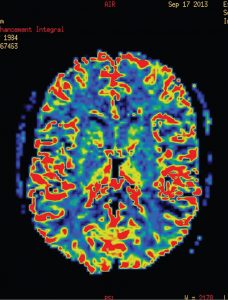 IN A NEW VIEWPOINT article , the editor and deputy editor of JAMA Neurology point out that two big trials this year have established an extended time window beyond six hours for thrombectomy in patients with large vessel occlusive (LVO) stroke. Those findings, they say, make about 20,000 LVO patients a year eligible for the procedure, but major barriers stop patients from being able to access that therapy.

Among those barriers: The hub-and-spoke model for stroke isn’t as widely available as it is for MI patients, and many hospitals don’t have the perfusion imaging they need to tell if an LVO patient would benefit from thrombectomy beyond six hours. The viewpoint was published in the Journal of the American Medical Association in September.

Other problems include a lack of access to specialists and a shortage of proceduralists to remove clots, as well as persistent problems with transfers. Regional systems will have to be tailored to accommodate local factors, the authors write, while “reliable out-of-hospital tools will be needed to accurately identify patients with a likely LVO.” 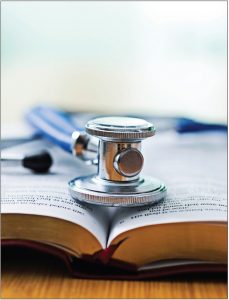 IN A NEW SURVEY, 65% of doctors say that maintenance of certification (MOC) requirements add no value to how they practice medicine.

In the survey, which was done by the Web site MDLinx, 55% of respondents said that MOC requirements should be revoked, while 48.5% said they would like to see the MOC recertification process replaced with more CME hours. Further, a FierceHealthcare article published last month noted that physician backlash to recertification is causing some states to prohibit insurers from penalizing physicians who don’t sign up for MOC.

In related news, the American Academy of Family Physicians last month announced that it is launching a new pilot to test an alternative to the 10-year exam, starting January 2019. While the 10-year exam will remain an option, pilot participants will receive 25 questions every three months. Participants will be given five minutes to answer each question, and they’ll be free to use any clinical reference.

How to deal with racist, sexist comments from patients 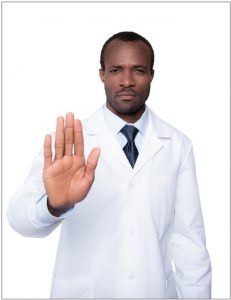 HOW SHOULD YOU HANDLE patients who refuse to be treated by doctors of a particular race or religion? What about those who are rude because they don’t respect physicians who are female?

After years of what she calls “paralysis” in the face of appalling comments, the author of a perspective piece published online in September by JAMA Internal Medicine has learned to set—and teach—boundaries. When patients voice bigoted or sexist comments, she writes, she immediately calls those out with a statement like, “We don’t tolerate that kind of speech” or “Let’s keep this professional,” without apologizing or negotiating.

The author, who’s with the University of Utah, notes that she will circle back later to ask patients why they made the comments they did. The author also pulls trainees and medical students into role-playing exercises in which she models inappropriate behavior to give them the opportunity to figure out how to react. “I ask the trainees, both men and women,” the author writes, “to pick a phrase and practice.”