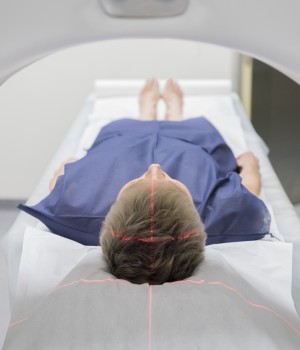 When a patient needs imaging for a suspected stroke or other neurological problem, chances are you may not have a radiologist on-site who specializes in the increasingly complex field of neuroradiology.

That’s why it’s important for hospitalists to know not only the right neuro-imaging study to order, but how to interpret results. That’s according to S. Andrew Josephson, MD, director of the neurohospitalist program and assistant professor of neurology at the University of California, San Francisco (UCSF).

At a hospital medicine conference last fall, Dr. Josephson laid out several of the more common cases that hospitalists encounter:

Case 1
An elderly man comes in with acute onset of right face and arm weakness. He’s mute and has a gaze to the left. Your obvious first thought is stroke, but what studies do you order to determine if the problem is ischemic or hemorrhagic?

There is no reliable way for even the most experienced neurologist to figure out whether a stroke is ischemic or hemorrhagic just by seeing the patient. The first step is to order a non-contrast head CT.

Remember that the CT scan will look “completely, 100% normal” in the first few hours after an ischemic stroke, a diagnosis that accounts for about 85% of all strokes. But what a head CT does show, Dr. Josephson said, is whether someone has had an intracerebral hemorrhage. That’s because the test is nearly “100% sensitive for identifying blood.”

What you want to look for on a CT scan is anything that shows up as “white or bright,” he added. White means one of only four things: blood (clotted or acute), bullets (any metal in the brain), bone (or calcification), or contrast.

Because reading these scans can be difficult, Dr. Josephson recommended that if you suspect a patient may have had an ischemic stroke, tell the radiologist “what side you think the problem is on.” That way, the radiologist will at least know where to look for hyperdense vessels or sulcal effacement.

And while adding contrast to the CT scan will not give you any more information, an MRI with diffusion may. A diffusion-weighted sequence that shows an area to be “light-bulb bright,” he said, not only allows you to say that a patient has had an ischemic stroke, but helps you determine the timing of the stroke.

“Diffusion-weighted abnormalities are present seconds after a stroke begins,” Dr. Josephson explained, noting that they remain “bright for about seven to 10 days.”

Ordering an MRI with diffusion “a test that can be done quickly but requires some patient cooperation “can also help rule out stroke in cases where patients report coming to the hospital soon after the onset of a neurologic deficit, which may or may not represent a stroke. “If their MRI scan with diffusion is normal,” he said, “they have not had an ischemic stroke.”

“If the diffusion is negative,” Dr. Josephson said, “the etiology of their focal weakness is not from acute ischemia.” Looking at the supratentorial (hemispheric) space, this scan is nearly 100% sensitive; in the brain stem, it is 80% to 90% sensitive, he said. While a bright area on a diffusion scan represents acute ischemia most of the time, there are some rare hypercellular tumors, like B-cell lymphoma in the brain, that can look similar, as well as a cerebral abscess.

Although some hospitals are ordering MRIs for nearly every stroke patient, Dr. Josephson said that the evidence doesn’t necessarily support that approach. “We don’t get a lot of MRIs on our ischemic stroke patients,” he explained. “We do a CT scan when they come in to make sure there’s no blood. Then I use the MRI with diffusion in cases where I’m confused if this is a stroke or a seizure.”

Case 2
A young woman comes in complaining that she has had a headache for three days and has a worsening stiff neck. She has a fever of 39Â°C and is confused. Would you order a head CT to rule out subarachnoid hemorrhage before you do a lumbar puncture to confirm meningitis?

An important study in the Dec. 13, 2001, New England Journal of Medicine concluded that it is safe to do a lumbar puncture without a CT scan if patients have none of the following characteristics: age greater than 60; status as immunocompromised; a history of central nervous system disease; a seizure within the last week; or any neurologic abnormality.

Keep in mind, Dr. Josephson added, that you may move out to do a lumbar puncture on a patient with the “worst headache of her life” that you suspect may have a subarachnoid hemorrhage. That’s because a CT scan has only 70% or less sensitivity when taken between 48 and 72 hours after the bleeding may have occurred.

By contrast, he explained, lumbar punctures remain very sensitive for discovering subarachnoid hemorrhage blood to two or three weeks out. With lumbar puncture results, Dr. Josephson said, the key is to look for blood that fails to clear in the first six to eight hours, or xanthochromia if more than eight hours have passed since the headache’s onset.

Case 3
A 75-year-old man has had progressive leg weakness and back pain over two days. Both legs are weak, and he has decreased rectal tone. He has normal arm power, and the rest of his sensory exam is variable. Do you order an MRI of the T or the L spine? And what about contrast?

In this case, said Dr. Josephson, an MRI of the T spine with contrast is the best choice.

“The first thing to think about is: What’s the lowest level of the cord that can be involved and what’s the highest level?” he said. Because the man’s proximal legs are weak, the lowest must be L2, and because his arms are normal, the highest has to be C8. (That’s the level of the cord corresponding to power in the arms, which are spared in this case, said Dr. Josephson.). A thoracic cord MRI is needed.

An MRI is almost always better than a CT scan for spine disease, he said, because CTs are really helpful only when looking at patients’ bones, not cord compression, cord lesions or disc disease. If patients have a pacemaker and cannot have an MRI, diagnosis is trickier, he added. “Then you do your best with the CT scan.” In this case, a CT myelogram can be helpful.

And while ordering contrast is preferred, that’s now more difficult for patients with renal disease because of growing concerns about nephrogenic systemic fibrosis. The American College of Radiology now advises against using gadolinium contrast in anyone whose creatinine clearance is less than 30, and using it cautiously in patients whose creatinine clearance is between 30 and 60. In the latter case, recommendations suggest sending patients for dialysis very soon thereafter to get the contrast out of the body.