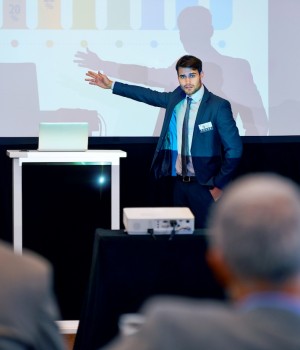 I recently gave grand rounds at Crozer-Chester Medical Center, a large urban academic center just south of Philadelphia. A good friend leads their hospitalist program and was charged with finding a speaker for the first presentation of the newly formed department of hospital medicine.

Increasingly, academic centers are acknowledging hospital medicine as its own distinct entity, which is pretty awesome. Safe to say, my friend’s first, second and third choice for speaker were not available.

During my talk, I tried to make a few simple points. First, the obvious: Hospital medicine has seen unprecedented growth. Second, I reviewed the evidence, which is slim but suggests that our field brings a morbidity and mortality advantage.

Third, I presented evidence that, perhaps more convincingly, argues that our field leads to more efficient care. And finally, I evaluated studies that found increased mortality in hospitals during weekends and nights. I went on to conjecture that our field’s growing 24/7 in-house presence might end this separate and unequal standard of care on nights and weekends. I tossed in a few jokes that roused at least one resident out of his early morning stupor; and it was bada bing, bada boom, if there are no questions, I am out of here.

Or so I thought. But from the center of the room, courtesy of an unmistakably senior member of the medical staff, came the following: “Where is the evidence? This is grand rounds, and you have not presented any evidence that the hospitalist model is superior. Where’s the beef?”

Where’s the beef?! What could be more apropos than a catch phrase from 1984 to express doubt and perhaps even disdain for the hospitalist movement? While most of the residents in the audience had yet to be born when this Wendy’s commercial originally aired, this relic of a saying was at one time the most popular jargon in my junior high. OK, that’s no fun to admit.

My rebuttal was that the hospitalist movement “is what it is,” a point that I had already made when presenting the evidence during the first go-round. I again acknowledged that the studies I cited imply a lot of good things about hospitalists, but there is no evidence on mortality.

I went on to explain that if the growth of our field had depended on evidence-based standards, then I would still be leaving the hospital each morning at 9 a.m. to start office hours. While even the idea of that prospect makes me shudder, I did point out that the upside would be that the audience would have been spared my oration and its anemic attempts at humor.

What is striking is not that such residual distaste for hospital medicine still exists, but how completely irrelevant such sentiment has become. I am not sure if people are still pursuing comparative research in an effort to justify our existence, but if they are, they are wasting their time. Short of the next big study demonstrating that hospitalists are more deadly than bubonic plague, nothing will dim our profession’s bright future.

It is also remarkable that those who decide to become a hospitalist no longer have to weigh our field’s relevance or durability. While we never feared that our jobs would suddenly disappear, I suspect many veteran hospitalists do remember a time when we weren’t so certain that this hospitalist gig was a sure thing. Today, perhaps the only question that remains is just how large our sphere of influence will expand in such a rapidly changing health care environment.

If nothing else came from my talk, I now know that I should come to future presentations prepared with a snappy rejoinder should anyone ever again reach back into my junior-high years to question our field’s legitimacy.

“Where’s the beef? I don’t know, I am a vegetarian.” Yikes, that’s not so snappy (and truth be told, I eat fish and poultry on occasion). Maybe I should leave stand-up to the professionals and just be glad that despite one audience member’s gastronomical concerns, my field has become health care’s version of filet mignon.