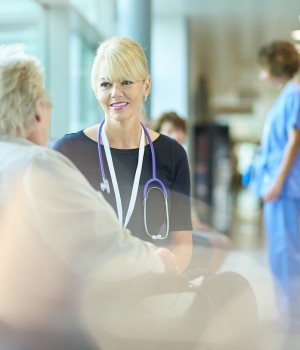 Published in the April 2006 version of Today’s Hospitalist

While researchers have recently begun to examine the elements that go into a successful discharge summary, a study released last fall found that when it comes to the information that’s provided at handoffs, less may be more.

The importance of discharge summaries is taking on a high profile as organizations like the Joint Commission begin to scrutinize handoffs. The problem is that until recently, few studies have examined discharge summaries to identify what components best help communicate patient information.

When one group of researchers turned its attention to the topic of discharge summaries, it set out to test the hypothesis that more complex patients would require longer, more detailed discharge summaries. To do that, they examined 150 discharge summaries completed by first- and second-year residents at Monmouth Medical Center, a community teaching hospital in Long Branch, N.J.

The hospital had implemented a standardized summary template, and one of the study’s goals was to determine whether the template affected the quality of discharge instruction by examining indicators like clarity, completeness, efficiency and consistency.

While the study, which was published in the November/ December 2005 issue of the American Journal of Medical Quality, wasn’t broad enough to link the quality of patient summaries to outpatient outcomes and readmissions, it found startling proof that “less is more.” Not only did investigators find no correlation between clinical complexity and summary length, but their results showed that the quality of dictated summaries actually increased as their content shrank.

After introducing the summary template, in fact, researchers found that as mean quality scores for dictated summaries rose “by a whopping 21 percent “their length fell 67 percent.

For the 350-bed hospital, that decrease “an average of 50 fewer dictated lines per summary “translated into a $52,000 a year savings in dictation costs, not to mention the time that dictating physicians saved.

Today’s Hospitalist spoke with lead author Pratibha Rao, MD, a hospitalist at Mountainside Hospital in Montclair, N.J., about the study.

What surprised you most about the study’s results?

The difference in the length of dictation, which was about two-thirds less after the template was introduced. Before they used the template, the residents’ dictation was so complicated that the whole purpose of having a discharge summary “to give concise information about the patient’s diagnosis and condition at discharge “was often lost.

What kinds of unnecessary information did those summaries include?
They contained way too many narrative details about the course of hospitalization that just weren’t relevant. Physicians would put in details on “what happened on day two and then on day three” that didn’t really give us any idea of what the hospitalization was all about. The biggest improvement that took place by introducing the template was in standardizing exclusion criteria.

Physicians also included lab results that weren’t important, such as sodium and hemoglobin levels. Most charts now are computer-generated, so you can always go back into the system and find a patient’s lab data.

Before the template was introduced, what kinds of pertinent information was missing?

Physicians didn’t include the names of consultants or list what procedures had been performed. Even if those details were somewhere in the discharge summary, they were lost in the body of the report. Those are elements that must be included, so when a patient comes back with a similar complaint, we know exactly who was involved in that patient’s care and whether a therapeutic intervention worked.

For hospitalists, those elements are particularly important because a lot of our patients have exacerbation of chronic recurring illnesses like COPD or congestive heart failure, and they come back to the hospital often. You need a concise discharge summary when patients are readmitted to figure out what exactly happened to them during prior admissions.

The study did not find an association between the quality of discharge summaries and the length of time post-discharge that they were dictated, but the average time between discharge and dictation was 55 days. Did that strike you as inordinately long?

Not really. Keep in mind that these summaries were dictated by interns and residents, and it’s hard enough for them to finish their clinical duties and get home. Dictating discharge summaries just isn’t something they absolutely have to get done by the end of the day.

That said, I do most of my own dictation, and I usually give patients instructions to follow up with their primary care physician within a week. I always want the primary physician to have a copy of the discharge summary by the time the patient arrives in their office for follow-up, so I end up dictating summaries at the time of discharge.

One of the study’s working hypotheses was that you’d find a relationship between discharge summary length and the complexity of patient care. But that wasn’t borne out.

That’s right. We noticed that the biggest charts are not necessarily the most complicated. Patients may end up with very thick charts because they remain in the hospital longer due to placement or guardianship issues, even though they may be doing well clinically.

At the same time, you can have extremely sick patients who spend time in the ICU and succumb to the illness, so they have a complicated hospital stay but a thin chart. I wasn’t surprised to find that complexity of hospitalization didn’t correlate with chart thickness “or discharge summary length either.

What was the biggest lesson in the study for hospitalists?

Using a template does improve the quality and decrease the length of dictation, and that the quality of the discharge summary has a big impact on outpatient management.

Do you think that hospitalists are more aware of what elements should and shouldn’t be included in summaries?

The ideal discharge summary: What should you include?

In a study published in the November/December 2005 issue of the American Journal of Medical Quality, researchers rated the quality “based on clarity, completeness, efficiency, and consistency “of dictated discharge summaries before and after a standardized summary template was introduced in a community teaching hospital.

According to that template, here are elements that investigators said should be part of discharge summaries: