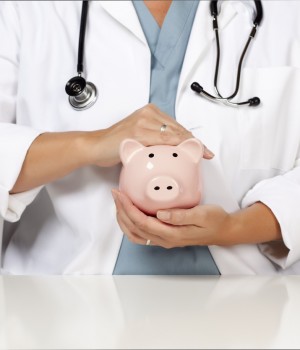 Published in the January 2009 issue of Today’s Hospitalist

What do cell phones, laptops, country club memberships and $150,000 home loans have in common? They’re all types of non-direct-compensation benefits that are now being used to entice hospitalists to take a new position.

Cash “in the form of salary and other types of compensation “is still king in recruiting, particularly among physicians just out of training, according to Regina Levison, president of Levison Search Associates, a recruiting firm in El Dorado, Calif.

To meet that need, hospitals and hospitalist groups continue to boost salaries and other cash items, like relocation allowances and sign-on bonuses. But increasingly, Ms. Levison points out, “groups are putting more items on the table that don’t have to be shown in the tax return.”

While the lure of a low-interest home loan is cropping up more frequently as the housing market nationwide continues to tank, the issue of what other types of non-direct compensation benefits you may be offered has a lot to do with where the prospective practice is located (think urban vs. rural). What you’ll personally find most attractive among the items being offered, on the other hand, has a lot to do with how old you are and where you are in your career.

The hunt for the young physician
Most hospitals and hospitalist groups offer a package of traditional benefits that includes health insurance (with the hospitalist company or hospital paying premiums for physicians and their families), malpractice coverage, 401(K)s and CME.

Groups vary on whether they offer other types of insurance, like dental and short- and long-term disability. And things get even more interesting when it comes to what Mark Dotson, senior director of recruiting for Cogent Healthcare, and Cheryl Slack, Cogent’s vice president of human resources, call non-traditional benefits. Those include such items as relocation expenses, immigration fees and student-loan payment.

“We are actually trying to provide more of a menu-driven option for physicians in the way that they structure their compensation,” Mr. Dotson says. “That includes, most recently, stipend options to help residents in their last year of training.”

How many of those non-traditional items that Cogent will offer to any individual physician depends on the program and demographics. “Recruiting packages for some locations don’t include as many additional options as others,” Mr. Dotson says. “For example, relocation and sign-on bonuses often are less applicable in a metropolitan area due to the supply of physicians.”

For physicians just coming out of residency, loan forgiveness is a big draw, as are sign-on bonuses. According to national recruiters, those bonuses run in the range of $20,000 to $30,000 now for hospitalists.

“The other thing they’ll ask for sometimes is some kind of guaranteed bonus at the end of a certain period of time,” Ms. Slack says. “They’re coming in inexperienced and they want some assurance that you’re going to take their learning curve into consideration.”

The fact that physicians right out of training are negotiating such guarantees points to the fact, Mr. Dotson adds, that younger hospitalists now are “more aggressive and knowledgeable about compensation. They talk a lot to their peers in residencies.”

Boutique benefits
In the current economic crisis, physicians right out of training are being even more fiercely recruited because they aren’t tied down to an area by a house that they can’t sell.

According to Ms. Levison, some new physicians are asking for some boutique benefits, like higher priced (compared to “claims only”) “occurrence” malpractice coverage. (With occurrence coverage, doctors won’t have to buy tail coverage once they leave a practice.) Some also are being offered other non-taxable but tangible benefits like automobile expenses, cell phones, laptops or recruitment assistance “either formal or informal “for a spouse.

That said, most young doctors still go for money. “I don’t see them thinking about long-term disability or retirement,” Ms. Levison says. “Hospitalists are a mobile specialty, and many are off to the next highest bidder.”

According to Ms. Levison, young physicians are so fixated on cash compensation that many of them don’t really appreciate the advantages of the home loans now being offered in cities across the country by bigger hospitals and hospital systems.

Such loans first cropped up several years ago in very pricey markets, like San Francisco, at the height of the real estate bubble. Now that the bubble has burst, says Ms. Levison, hospitals are stepping in to try to make relocation easier. While some hospitals are not mentioning these types of loans when they first talk to prospective recruits, others are advertising them.

“Recruiters across the country are now losing placements because doctors can’t sell their homes,” says Ms. Levison. “Sometimes we are able to communicate to a candidate that, ‘Yes, you will lose $150,000 on the house that you’re selling in St. Louis, but you’re going to get into the San Diego market for much less money.’ ”

Holding on to more experienced physicians
In Charlotte, N.C., George K. Davis, MD, medical director at Presbyterian Inpatient Care Specialists (PICS), says that such loans have not appeared in his market yet. Physicians in the Southeast, he points out, have long enjoyed the happy advantage of the highest salaries for hospitalists in any region and a low cost of living.

While PICS hospitalists are hospital employees, their benefits packages are arranged through Novant Medical Group, a hospital subsidiary that includes outpatient physicians as well as hospitalists. “We are limited,” Dr. Davis explains, “by what the hospital can offer.”

That may not be conducive to the high-rolling bonuses that young hospitalists want to negotiate. But Dr. Davis says that his group’s benefits package appeals to physicians who are a few more years along in their career and who take a more long-term view. Benefits include not only a dollar-matching program for 401(K)s, but a defined contribution plan in which the hospital contributes a higher percentage of a physician’s salary the longer he or she works.

“If we had anything that we would call ‘golden handcuffs,’ it would probably be defined contribution,” Dr. Davis says.

One recent tweak to PICS’ benefits was to boost CME from $5,000 per year per physician to $6,000, a move made in response to escalating travel costs. But Dr. Davis does have one potential big-ticket benefit item on his agenda to negotiate with administration this year: paid vacation.

“That’s the one thing my existing colleagues are asking for,” says Dr. Davis, pointing out that the PICS hospitalists work a seven-on/ seven-off schedule. “They’d like to ideally be able to take an additional two weeks off, but just one week would satisfy many of them.”

Profit-sharing: a big plus
Albert Caccavale, DO, director of Northern Arizona Hospitalists in Prescott, Ariz., is moving to make sure that the physicians in his group receive those paid vacations.

“We are going to have a part-time person help fill in so people can get a three-week vacation once a year,” he says, noting that the 12-member group, which is recruiting to 15, works at a two-hospital system.

Physicians are employed by the local hospitalist group for two years, when they are offered partnership. (As of later this year, 10 out of the existing 12 physicians will be shareholders.) But the centerpiece of Northern Arizona’s benefits package is a generous profit-sharing plan that takes five years to vest.

“If you want all of it, you will have to stay the five years,” explains Dr. Caccavale. “That’s probably our best retention tool.”

The group elects to fund that profit-sharing piece after it takes care of all of its salary and business expense obligations, and before putting funds into physicians’ productivity bonuses. Northern Arizona’s profit-sharing is “the max by law,” he says, noting that that maximum was more than $40,000 in 2008. “That is way more than any 401(K) match can do.”

Cogent’s Mr. Dotson agrees that profit-sharing is a hot topic among hospitalists, particularly “older” recruits. (In hospital medicine, he says, that refers to physicians in their 40s.) “It’s one of the things,” notes Mr. Dotson, “that we’re continuing to evaluate.”