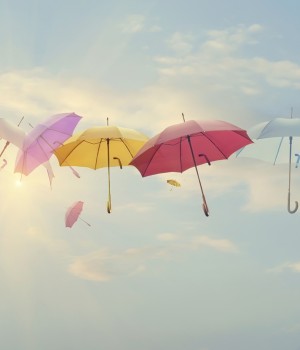 Published in the September 2006 issue of Today’s Hospitalist

After practicing at a hospital for several years, you’ve taken a new job in another state. Because your current malpractice carrier doesn’t write policies in the state where you’ve relocated to, you cancel your policy and sign on with another insurer.

A year later, you’re sued over an incident that took place while you were working for your previous employer. You’ve had uninterrupted insurance, so you assume you’re in good shape. But — are you truly covered?


Related article: How to make sure your contract takes care of you

The answer depends on what kind of policy you had in your previous job “and whether you took the necessary steps to protect yourself when you switched jobs. Every state has a statute of limitations on malpractice claims, but plaintiffs can take several years to file, and lawsuits can take even longer to work their way through the system.

Those considerations make the issue of tail coverage “an insurance policy rider that protects physicians against claims that arise even after the policy is cancelled “critically important. Other key questions include who foots the tail coverage bill and how physicians negotiate that purchase with prospective employers.

And while maintaining seamless malpractice coverage is critical for all physicians, experts note that it can be particularly challenging for hospitalists. Faced with a seemingly endless array of employment opportunities, hospitalists are by most standards an exceptionally mobile group.

According to malpractice insurance experts, that mobility may give hospitalists a higher-than-usual risk of facing coverage gaps and other problems with tail coverage.

Fallout from the insurance crisis

Most hospitals and health care employers used to buy a type of policy called occurrence malpractice insurance for physicians. Those kinds of policies provided coverage for claims that arise from services rendered during the policy period and cover physicians even after the policy has been terminated.

When the malpractice crisis hit in the 1990s and settlement amounts began to soar, however, many insurers scrapped occurrence policies, worried that premiums wouldn’t cover future awards. Many insurers now exclusively offer claims-made policies, which cover physicians only for claims filed while the policy is still in effect. When the policy expires or is cancelled, so does the coverage.

That’s where tail coverage comes in. The tail provides coverage for any claims from services rendered while the policy was in effect. In other words, it’s the price you pay to convert a claims-made to an occurrence policy.

That price can be steep. Carriers generally issue a bill for tail coverage within two months of a policy cancellation, and the cost can run as high as 150 percent to 200 percent of the annual premium of a mature claims-made policy. That’s a nasty surprise for hospitalists who need to foot that entire bill.

“A significant number of young hospitalists enter the workforce for the first time and think they’re getting a great first job,” says Andrew Knoll, MD, JD, a former hospitalist who is now a health care attorney with Scolaro, Shulman, Cohen, Fetter & Bernstein PC in Syracuse, N.Y. “Then they want to leave after a few years and find themselves having to come up with $50,000 for tail coverage.”

When you need tail coverage

Changing jobs doesn’t necessarily mean you have to deal with tail coverage. For one, occurrence coverage still exists, but “whether you can get that type of policy depends on your practice location and claims history,” says Mike Burke, JD, a health care attorney with Kalogredis, Sansweet, Dearden and Burke Ltd., which is based in Wayne, Pa. Even insurers who offer occurrence policies probably won’t write one for a physician who practices in a competitive market and has been involved in previous lawsuits.

You may also avoid the need for tail coverage if your new employer is in the same state, which may allow you to stick with your same insurer and keep the same policy. And most insurers provide free tail coverage for retiring physicians who are at least 65 years old and have maintained the same policy for at least five years, or for retiring physicians of any age who have maintained a policy for 10 years or more.

It’s also important to note that you don’t have to change jobs to run into tail coverage issues. That’s a lesson that Winthrop Whitcomb, MD, a hospitalist who is director of performance improvement at Mercy Medical Center in Springfield, Mass., learned about five years ago. That’s when his hospital switched from claims-made to occurrence insurance “and glossed over tail coverage until the hospitalist group raised the issue.

“The hospital wasn’t going to offer tail coverage until we asked for it and made them put it in writing” says Dr. Whitcomb. “We pointed out that the annual cost of the claims-made policy was much greater than the occurrence policy we were transitioning to, and that even if the hospital picked up the tail, they’d come out ahead.”

Who pays?
That raises the real issue behind tail coverage: Who will pay for it: your former employer, your new employer or yourself?

In most cases, your previous employer should pick up the cost of the tail, according to Dr. Knoll, who advises physicians against signing contracts that don’t explicitly spell out the employer’s obligation to buy tail coverage. In getting employers to buy that coverage, hospitalists employed by hospitals may be at an advantage.

“In a lawsuit, the hospital is the entity with the deep pockets, so they’re just as or more liable than the hospitalist,” explains Joel Leonard, JD, a partner at Holland & Knight LLP in Portland, Ore. “They’ll want to cover themselves by covering the physician.”

But buying tail coverage is often a bone of contention. Individual hospitalists in competitive markets might not initially have the leverage they need to convince an employer to pick up the entire tail tab.

And in some cases, a hospitalist’s employment contract will state only that the employer will provide professional liability insurance but won’t specifically mention the tail.

“Sometimes the employer is creating that ambiguity on purpose, and it’s up to the physician to bring it up and negotiate the details,” says Dr. Knoll. Contracts may also list different conditions that affect tail coverage payment, including length of employment and how friendly the split is when the physician leaves.

In some cases, a physician might have to stay with an employer for at least five years to earn free tail coverage. Or the employer will agree to pick up the tail if the physician is terminated without cause, while physicians who leave with cause would have to pay for it themselves.

Tips on covering your tail
If you’re facing a large tail coverage bill, here are some tips to soften the blow:

“The longer you practice, however, the more likely it is you’ll be involved in a lawsuit,” says Dr. Knoll. Many claims-made insurers will give you a break on the premiums for your first year, he adds “but those premiums inch up every year until, by the fifth year, you’re paying as much as you would for an occurrence policy. That’s why experts say that if you’re paying for your own malpractice insurance, bank the money you save on those initial premiums to pay for tail coverage, if it becomes necessary.

In some cases, you may be able to negotiate a signing bonus with your new employer that would cover your cost of tail coverage from your previous policy. But experts say it’s not unheard of for physicians to take more drastic measures, such as taking out a second mortgage on their home, to pay tail bills.

But nose coverage might be hard to come by. Carriers may be wary if, for instance, you’ve practiced in a highly litigious state or been sued before.

And, just as with tail coverage, you shouldn’t wait until you’re just about to switch carriers to see if nose coverage is an option. “Always research both nose and tail coverage,” says Dr. Knoll, “and make a decision before you cancel a policy.”

“Very few states require malpractice insurance as a matter of law,” says Dr. Knoll. “But most hospitals will require new physicians to prove they have tail coverage before they grant privileges.” And not having coverage puts you at risk of facing personal bankruptcy if you’re ever involved in a lawsuit.

Yasmine Iqbal is a freelance writer who specializes in health care and is based in Philadelphia.