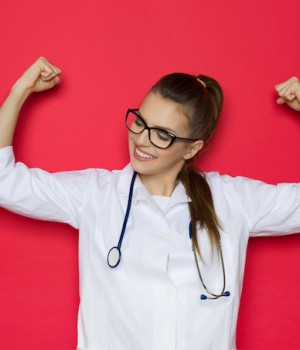 A RECENT STUDY, which found that women internists deliver better mortality and readmission rates than their male counterparts, quickly jumped from the medical literature to the consumer press.

Consider this well-used headline: “Women doctors are better than men.” Or even more inflammatory: “Male doctors are killing their patients.”

“It’s reasonable to say that we found that women physicians are performing better in terms of mortality and readmissions,” says Dr. Tsugawa, a researcher in the department of health policy and management at the Harvard T.H. Chan School of Public Health. “Women physicians are doing something—or some things— slightly better, which we should figure out so we can learn from those behaviors.”

“Previous studies have suggested fundamental differences between men and women in terms of how they perceive risk.”

The mortality effect size was modest, he notes: 4%, with a number needed to treat to save one life of 250. (The difference in readmission rates was similar.) But as the authors point out, that “modest” difference would translate to 32,000 fewer deaths every year if male doctors achieved the same outcomes.

Dr. Tsugawa puts it another way: The effect size is the same as the drop in mortality seen between 2003 and 2013 due to the introduction of new drugs and medical devices, clinical guidelines, and quality-improvement and patient safety initiatives.

Gender and outcomes
The study looked at 2011-14 data on nearly 1.6 million hospitalizations of Medicare fee-for-service patients, as well as at mortality and readmission rates for about 58,000 internists. Results were posted online in December by JAMA Internal Medicine.

The authors’ motivation for the study, Dr. Tsugawa explains, grew out of the fact that several previous studies had highlighted differences between male and female physicians in terms of how they practice. Evidence indicates, for instance, that women physicians adhere more closely to practice guidelines. They also tend to spend more time talking with patients and to practice more patient-centered care.

As to why theirs is the first large study to drill down into outcomes by physician gender, Dr. Tsugawa says that those data on doctors have only recently become available. “We’ve had plenty of data on Medicare patients for a while, but not on doctors.” For physician data, the researchers relied on a database from Doximity, which in turn has data partnerships with medical and state licensing boards, and collaborating medical schools and hospitals.

Consistent results
“Our initial hypothesis,” says Dr. Tsugawa, “was that men and women were providing equivalent care.” But early in the analysis, data indicated that women physicians may have lower mortality.

Every time he presented preliminary results to other researchers and physicians, they kept coming up with different hypotheses or potential confounders that could account for such results.

“We knew the topic would be controversial, so we wanted to make sure we weren’t missing anything,” he says. As a result, the final data received several sub-analyses and sensitivity analyses, which Dr. Tsugawa says accounts for what ended up being “an intensive and extensive study.”

The authors also tested different ways to attribute patients to specific doctors, looking at mortality and readmission rates for both admitting doctors (those billing the first E/M claim for a specific hospitalization), as well as for those billing the largest number of E/M claims for any patient. To address the possibility that male doctors may be more likely to work in ICUs with sicker patients, data were re-analyzed excluding hospitals with medical ICUs. Further, the research looked at 60-day mortality and readmission rates, in addition to 30 days.

“We don’t want to oversell the paper,” Dr. Tsugawa notes. But across all that data slicing and dicing, “the results were pretty consistent.”

Taking risk?
The study does not, of course, determine why female physicians performed somewhat better. Dr. Tsugawa points to gender differences established in research outside of health care.

Among adults who ride bicycles, for instance, “Males are less likely to wear helmets.” Similarly, men have been found to be more likely to put money into high-risk investments.

“Previous studies have suggested fundamental differences between men and women in terms of how they perceive risk,” he points out. “If we assume that females are more risk-averse, that may be what drives their greater adherence to guidelines, or to making sure they spend enough time with patients or get the right consult with a specialist. If men are more risk-takers, male physicians may be taking more risk in their decisions.”

If subsequent research bears out that hypothesis, Dr. Tsugawa adds, the tendency to take more risk can be modified. “For most physicians, gender won’t change, but we can still influence physician behaviors.”

In their study, the authors steered completely clear of any discussion of the well-established gender pay gap between male and female doctors. But the accompanying editorial—subtitled “Equal Rights for Better Work?”— talked almost exclusively about study findings in terms of that gap and the fact that women physicians may be offered smaller start-up packages and benefit less from career advancement than male colleagues.

“In a system that is increasingly focused on pay for performance,” the editorialists wrote, “behaviors that lead to improved outcomes are rewarded, which might narrow the pay gap between the genders.”

As Dr. Tsugawa has watched the article hit social media, he recalls one tweet in which a female physician noted that she planned to bring up study results in her negotiations with her employer.

As for the study, he and his co-authors decided to stick only with outcomes differences. “We provide the data and people can use those any way they want,” Dr. Tsugawa says. “But we wanted to keep our arguments as neutral as possible.”

Hitting the big time
YOU KNOW A STUDY has hit a nerve when, within a week of being published in a medical journal, results end up being a question in a weekly news round on NPR’s “Wait, Wait … Don’t Tell Me!” That discussion from the Dec. 24, 2016, show is online.