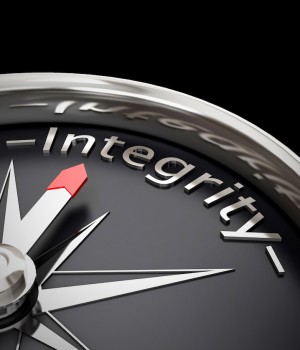 As a sport, voyeurism is sometimes irresistible. I have to admit that if forced to choose between The Economist and People magazine at the gym, People usually wins out. Perhaps this is why I have been drawn into the more than month-long saga of Paul Levy.

I have come to “know” Levy, the CEO of Boston’s Beth Israel Deaconess Medical Center, through his blog on transparency and from the most recent keynote address at the SHM conference. In my opinion, he has done some extremely impressive stuff that has improved health care. He’s been in the vanguard on transparency, and arguably no one has furthered that cause in hospitals more than him.

To make a long story as short as I can make it, Mr. Levy made “lapses of judgment in a personal relationship.” Said lapses were with a woman who was “a very close friend” and someone he’d mentored in graduate school.

This woman landed a $100,000 a year position at the hospital for which, by all accounts, she was well qualified. Allegedly, Levy played an influential role in her obtaining that position. And he’s admitted after the fact that the decision to hire her flew in the face of the advice of colleagues who were apparently aware of the conflict of interest that her employment posed.

When the proverbial you-know-what hit the fan, reportedly the woman was fired, given a nice severance package and sent packing back to MIT (where she secured a position, allegedly in part on a recommendation from Levy). He, meanwhile, was fined by his board less than 10% of his annual salary, given a unanimous vote of confidence (even though the board also asked the state attorney general to review the finances of the woman’s employment) and remains on the job. Actually, one board member did resign, leaving us to assume that this member did not share the forge-ahead mentality of the rest of the board.

So does Levy deserve to stay on the job–and why am I blogging about this? Who am I to render an opinion about this mess? All good questions, assuming that you were asking them, and I have no good answer. But I am half way home so, much like the People magazine that I can’t resist, let me finish my thoughts.

People make mistakes, especially powerful leaders. Queue up any number of recent political scandals (Appalachian Trail anyone?) if you need a refresher course. One mistake should not invalidate the whole of a remarkable career. However, if “personal relationship” means much more than a casual acquaintance, then I would question Levy’s ability to lead a nonprofit health care organization.

I am not condemning the fact that he apparently had a personal relationship; I don’t believe the nature of the relationship was anyone’s business until she became his employee. But she was employed, and to me that is a significant transgression.

While no one believes that a CEO of a $1 billion organization lives by the same rules as the environmental services crew, some basic tenets do apply. Hiring someone with whom you have an absolute conflict of interest is one of those universal canons. Also, what I call the “transitive property of common sense and discretion” becomes relevant. If a leader can act with disregard to repeated warnings from his bosses or seemingly without regard to the morale of everyone else working for him at the time, what else is he capable of ignoring?

Dr. Wachter came to Dr. Levy’s defense, noting that there was no evidence that “the relationship compromised Levy’s performance.” If by “performance” he means leading a revolution in transparency that has had nothing but positive effects on patient care, I could not agree more.

However, a leader of organization does de facto compromise his institution if his actions are marred by a clear disregard of a moral compass. Such a protracted lapse of judgment may not tarnish what goes into making a great career or undo great accomplishments, but it can permanently erode a leader’s ability to lead going forward.

His board obviously did not believe his actions were so erosive. I’m a far-removed spectator of this theater, and am not an ethicist or moralist. If he is guilty of nothing more than a minor indiscretion of leadership–say the full events of her employment were unknown to him–than I empathize with his plight. We all have had things happen for which we would have immediately acted had we known the full details of the situation.

If the Levy saga proved anything, it may demonstrate that even the best intentions, which can improve care for thousands of people, can be jeopardized by lapses involving just one colleague or employee. For hospitalists who are being fast tracked into important leadership positions, this is a cautionary tale that is always worth repeating.

It is probably best to stick to my People magazine and not blog on topics that are tangentially related to hospital medicine at best. (Hey, what is with that guy who was married to Sandra Bullock?!)