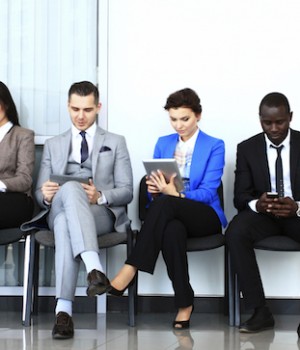 Published in the October 2013 issue of Today’s Hospitalist

ACCORDING TO REEM HABBOUSHE, MD, chief of hospital medicine at Paoli Hospital in Paoli, Pa., many career hospitalists would gladly jump off the seven-on/seven-off schedule that prevails in the field if they had a chance. She herself used to struggle to make that schedule work for her and her family.

“When I started working as a hospitalist, I had young children and a spouse with a busy career, but I couldn’t find any schedule options besides seven-on/seven-off,” Dr. Habboushe recalls. “After a year or so, my husband was begging me to work part time because I was gone from 6 a.m. to 8 p.m. every day for seven consecutive days.”

Dr. Habboushe moved to a program that offered shorter days in exchange for working more weeks a year and taking call. But when she began working at Paoli and was made chief a year ago, she decided to pursue her hunch that offering a second scheduling option would pay off.

She devised a schedule that allows hospitalists to work shorter days, with flexibility on the days they do work to leave the hospital for brief periods as necessary. She figured that option would appeal to hospitalists with young children and working partners, and especially to women.

“There are a number of women in hospital medicine in exactly my position,” says Dr. Habboushe. “They like hospital medicine and can see it as a decades-long career, but seven-on/seven-off full-time just isn’t tenable.”

At the same time, she adds, many female hospitalists want to continue working full time after they have families. And while the part-time positions that some groups set up can help, scheduling part-timers is notoriously difficult.

Dr. Habboushe also knew how important it was to keep the seven-on/seven-off option because of its appeal to doctors just out of residency and to others long term. “That schedule,” she admits, “attracts a lot of great physicians to hospital medicine who might otherwise not be interested.”

New option a draw
Dr. Habboushe’s hunch proved correct. Within weeks of establishing the two-schedule option among the 17 hospitalists in her program this July, she began receiving inquiries from female hospitalists both within the larger hospital system that includes Paoli and beyond.

“Women were applying from places where they couldn’t get that shorter-day option or where that option was going away,” explains Dr. Habboushe. “All of a sudden, I could choose from a larger pool of people.” Men with similar family commitments are also interested.

In the more flexible schedule, hospitalists work roughly the same number of hours monthly as their seven-on/seven-off colleagues, but in smaller chunks over more weeks. The “flex” hospitalists work three weeks a month, including one weekend (vs. two weekends a month for the seven-on/seven-off hospitalists), with shifts typically eight to nine hours. In exchange for being willing to work longer days in the event of a crunch, the hospitalists can also leave the hospital for appointments or to take in a child’s soccer game, as long as their work flow allows it and a colleague is available to step in.

“In reality, hospitalists don’t leave very often, and when they do, they’re not gone long,” Dr. Habboushe says. The flex hospitalists are also given the option of leaving early on their scheduled days, provided no patient issues are outstanding.

“I have told them, ‘If you’re done, you’re done,’ ” she points out. “That’s the other big attraction to people: having the autonomy to control their own schedule.” If a hospitalist is leaving for an hour or the day, she or he must check out with a colleague by sending a text message.

“Conversely, if it’s really busy, the hospitalists are expected to stay beyond the eight hours,” she notes. In such a scenario, if doctors would have to leave to pick up a child but aren’t finished with their work, they’d need to come back.

Hospitalist staffing: numbers unchanged
On any given weekday, seven hospitalists are in-house. Four work seven-on/seven-off, two are on the eight-hour flexible schedule and one works a 1 p.m.-11 p.m. swing shift. (In addition, there are two nocturnists.)

The swing shift is also new, devised for better ED coverage to expedite admissions. All hospitalists have the same daily census regardless of how many hours they work. But those on the flexible schedule work with two nurse practitioners.

“There was some reticence initially in the hospital because we’ve had the seven-on/seven-off schedule here for nearly 20 years, and we have a stable program,” Dr. Habboushe points out. “Fortunately, we were given the opportunity to try the new option and, as a result, we have attracted quite a few strong candidates.”

She also had to meet an important financial criterion: not adding any costs to the program. “I knew there wouldn’t be any additional funding and that there couldn’t be duplicate staffing,” she says. Hospitalists’ salaries are the same regardless of which schedule they work, although those working seven-on/seven off are paid by the hour while those working the new schedule are paid a salary adjusted for the same overall number of hours.

Challenges few “so far
When Dr. Habboushe added the new schedule option, she encountered some resistance from hospitalists who didn’t want to change “and didn’t want their colleagues’ schedules to change either.

But attrition worked in her favor. One hospitalist was moving out of state and a second went to nights. Dr. Habboushe readily filled the two open slots with hospitalists ” both women “who happily took the new option.

“My goal was to attract people who wanted this, not those who would work this schedule grudgingly,” she says. “We’ve had no problem thus far.”

Whether this works out as a true eight-to nine-hour day remains to be seen, Dr. Habboushe admits. “I do think they’re at risk of working more hours than the seven-on/ seven-off hospitalists,” she says, “but the flexible schedule may give them both more control and a better quality of life with their family.”

Incorporating the new option did, however, reduce weekend staffing by one hospitalist. So far, that hasn’t been an issue because weekends tend to be lighter than weekdays in terms of census and workload. At the same time, she notes, hospitalists are reporting that weekends “are busier than previously.”

Operating two schedules is more challenging than running a strictly seven-on/seven-off program. And some long-time hospitalists are skeptical, Dr. Habboushe notes, because “seven-on/seven-off is all they’ve ever known.”

She also points out that both schedules have advantages and disadvantages: The physicians working the newer schedule may have more flexibility, as well as NP support. “But they no longer have every other week off,” she says, “and they may easily work a longer day if it’s busy.”

Both the hospital and the health system are expecting good outcomes from offering the new option.

“I’ve already gotten requests from hospitalists at other hospitals to expand this,” says Dr. Habboushe. “Ultimately, our goal as hospitalist leaders is to attract the best candidates. By offering a wider range of options, we’re able to attract highly desirable candidates, regardless of their schedule preference.”

Bonus video: Dr. Edward Ma speaks on the disadvantages of seven-on/seven off, with the idea of getting rid of that type of block scheduling completely.