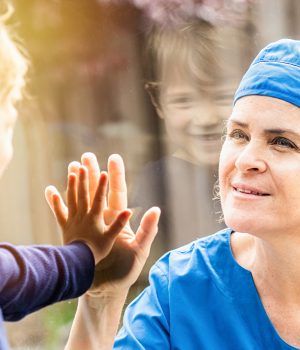 WHILE YOU’RE TREATING coronavirus in the hospital, what’s the right approach to safeguarding the health of your family? Three hospitalists talked to us about what they’ve decided to do to help not bring the virus home.

Opting for what may be overkill

ON JAN. 28, the hospitalists coming on to work days at WellSpan York Hospital in York, Pa., were sitting around with their night-shift colleagues.

“We were looking at the numbers coming out of Wuhan,” says hospitalist Leo Motter, MD. “Those showed 3% mortality, which we knew was the same as influenza in 1918.” It was then, he adds, “that we all realized, ‘This could be really bad. It’s probably not going to come here, but maybe we need to start thinking about this.’ ”

Within days, Dr. Motter and his wife—who live with four of their five children—filled their chest freezer and stocked up on supplies.

He also bought a microwave and coffee maker for the in-law suite they’d set up in their basement—one with its own entrance—where his wife’s parents had stayed while their home in a retirement community was being readied. The plan was the Dr. Motter would begin living there away from his family upstairs as soon as his hospital started seeing con- firmed coronavirus.

“From reading the evidence, this is what I’ve decided to do.” 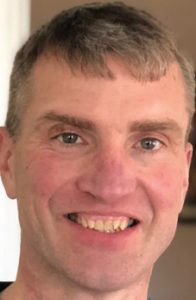 “I had my first covid rule out on March 14,” says Dr. Motter,” and I’ve been hanging out down here ever since.” The experience reminds him of being back in college. He’s able to read or watch TV by himself with a beer.

He knows he’s fortunate that his wife doesn’t work outside the home and can stay upstairs with their children. His family usually leaves him a dinner plate at the bottom of the stairs, and he FaceTimes with them regularly during meals when he’s not at the hospital.

They can also spend time together—many feet apart—out on their lawn or talk up and down the basement stairs.

Dr. Motter and his colleagues are keeping their morale up, in part with “almost gallows humor,” which includes taking bets on which staff member will be the first to become infected. (He says he knows that will change when infection among providers becomes a reality.) For now, boxes of Girl Scout cookies sent to the hospital by the community are stacked at every nursing station. And the nurses, when census is down, have brought in ironing boards and sewing machines to make cloth masks for patients.

Dr. Motter knows he’s in the minority among his group members for choosing to live apart from his family, even if it’s only on another floor.

“I sometimes think the whole thing is overkill, and me isolating myself might seem crazy to some people,” he says. “But everybody has to decide how to protect their family. From reading the evidence, this is what I’ve decided to do.”

What’s the right thing to do?

A 37-YEAR OLD female hospitalist who wants to remain anonymous says she and her husband have had “very honest conversations” about the balance be-tween risk and burden in considering whether to take herself out of their home and away from their two young children.

“The right thing to do is probably self-isolate,” she says. “But that would have been very hard on the children and also on our family.” Plus, her husband, a college professor who continues to work full time from home, “would go insane” if the entire burden of parenting and homeschooling fell entirely on him indefinitely.

“This has probably been one of the most psychotic times ever for working mothers.”

She feels comfortable with the PPE she’s been assigned at the facilities where she works. Those include three N95s that she wears one per day on rotation for seven shifts before the masks are sent for decontamination. Many hospitals in her state have access to one of the first Battelle decontamination systems in the country, which allows masks to be disinfected and reused.

She has been treating many covid patients, including performing intubations. She follows a strict routine coming home, making sure her shoes don’t leave the garage, dropping her work clothes immediately into the washing machine, which no one else touches, and showering in a separate bathroom before she joins her family.

“I’m not kissing anyone and I’m not sharing food,” she says. She keeps a bag in her car packed with several days worth of clothes, personal care items, cough drops and Tylenol, along with a sleeping bag, in case she becomes symptomatic or has a particularly high-risk exposure.

“I’ll live in my basement or garage, or I’ll go somewhere else to stay if I’m infected,” she says. “Everyone at work is really amped up and concerned for their family.”

Given the fact that she is already at risk working in hospitals, she and her husband decided that she’ll be the sole one to go out and do errands, so grocery shopping falls to her. She’s also helping share the burden of homeschooling, which—along with millions of other parents—she finds very hard to do.

“This has,” she says, “probably been one of the most psychotic times ever for working mothers, especially for those of us in health care.”

AS PART of a two-physician couple, Matthew Cerasale, MD, a hospitalist with University of Chicago Medicine, says he and his wife struggled with whether to stay living together. Fortunately, as a cardiology fellow, his wife now sees her patients via telehealth, so she could stay home and not risk being exposed.

But they had to let go of their caretakers, all of whom are older, for their young son. And as Dr. Cerasale’s three-week service in a hospital full of covid patients began mid-March, they decided to go their separate ways. His wife and son left Chicago to stay with his parents, while he moved into his office at the hospital.

“I keep resetting that 72-hour period.”

The hospitalist offices, he explains, are all private rooms in what used to be a psych ward, so they have plenty of room. While he already had a mini-refrigerator, he brought in a microwave and a mini-freezer. Because he was settled in, he kept living in the office even when the hospital arranged hotel rooms for workers who wanted to live apart from their families.

Those precautions turned out to be prescient. Like the other clinicians in his hospital, Dr. Cerasale kept a twice-daily fever and symptom log—and saw on April 1 a slight rise in his temperature. On April 2, he called his supervisor, got tested and learned that he was positive.

The hospital found him safe housing—”I didn’t want to contaminate our home”—for his quarantine, and a sister who lives nearby is delivering groceries and food. Dr. Cerasale has had fever, muscle aches and fatigue, but he’s made most of his hospital’s daily leadership conference calls. He FaceTimes with his family and takes calls from his supervisors, chief residents and colleagues.

“I think it’s a mix of checking up on me with some curiosity mixed in,” says Dr. Cerasale. “They want to know what this would look like if it happens to them.”

As a thirty-something in good physical shape, he knows he’s low risk. But Dr. Cerasale doesn’t know when he’ll see his family again. In terms of returning to work, the hospital is adhering to CDC recommendations that infected workers need to be quarantined at least a week or for 72 hours after any symptoms, whichever is longer, and “I keep resetting that 72-hour period.”

In the meantime, “I’m still in the window of between seven and 10 days post-symptom onset when you can have a second flare, and some people end up being in really bad shape,” he says. “I’m just being cautious and taking it day by day. 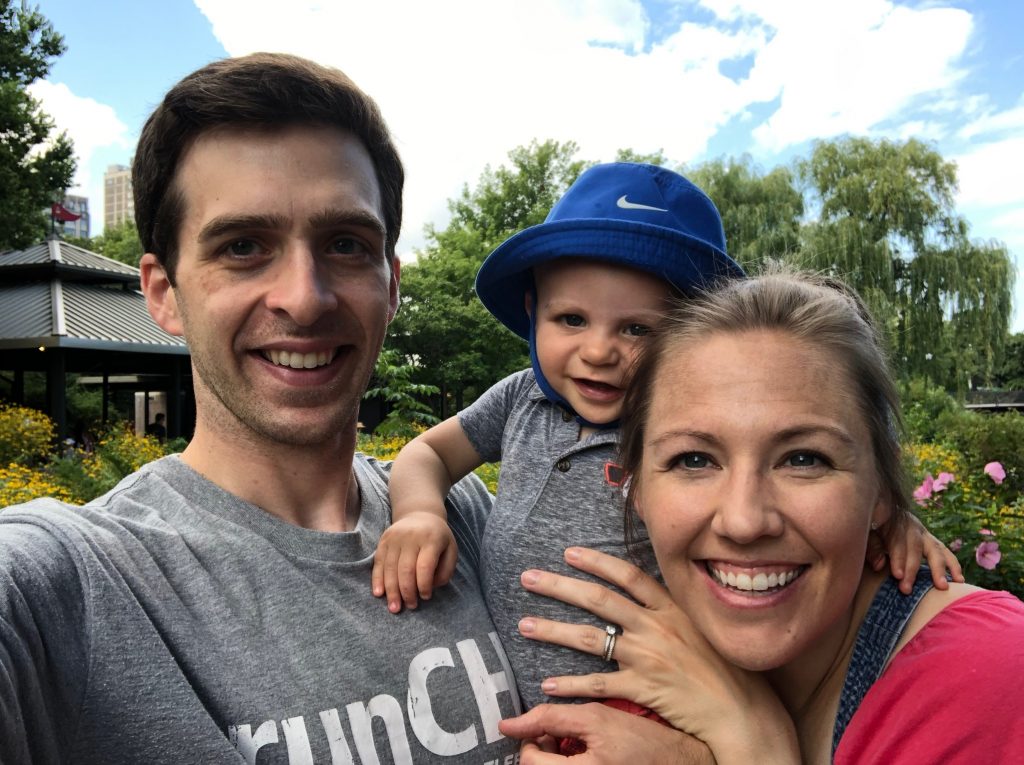 Published in the May 2020 issue of Today’s Hospitalist