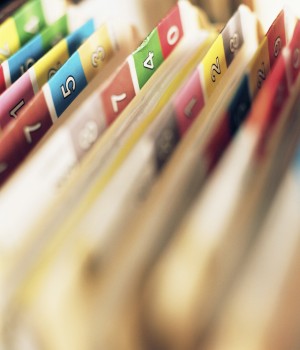 Published in the May 2012 issue of Today’s Hospitalist

HERE’S A QUESTION that apparently has many of you stumped: How should you bill your services when patients are transferred to a different unit in the hospital or to an off-site facility for additional treatment, instead of being discharged home?

For an update on moving patients from one health-care setting to the next: “Patients on the move? Here’s how to bill,” November 2017

To answer that question, let me refer again to one of my favorite resources: the “Medicare Claims Processing Manual.” The issue of billing services around transfers is addressed in chapter 12, section 30.6.9.1E.

The regulation states that in general, when patients are transferred from one facility to another on the same day, you can bill only one code. That typically will be either an initial hospital care code for your group’s services at the new facility (or in the new unit) or a subsequent visit code. But Medicare then goes on to spell out several exceptions to that rule.

The second requirement you must meet to bill for both services is that both can’t occur on the same day. And finally, the transfer must meet at least one of the following criteria:

Definitions and caveats
Before we examine how these rules play out in billing, let’s get our nomenclature straight.

“Merged records” does not refer to sharing a common electronic health record. Instead, “no merged records” means that the acute care record is considered closed and a new record has been initiated for that patient in the new unit, facility or hospital to which he or she has been transferred.And a quick reminder: PPS refers to a Medicare reimbursement method based on a predetermined, fixed amount. The Centers for Medicare and Medicaid Services uses separate PPSs to reimburse acute care hospitals, hospice, inpatient rehab facilities, inpatient psychiatric facilities, long-term care hospitals and skilled nursing facilities, among others.

To determine how to bill, consider both the date of service and whether you meet the above transfer criteria. If you don’t meet these criteria, you can bill only the appropriate level of subsequent hospital care (99231-99233) on the date of transfer. And just to keep things interesting, Medicare makes an exception to the same-day rule when patients are transferred to a nursing facility.

According to the Medicare manual, two doctors from the same group (or one doctor if he or she is the principal physician of record on both sites) can bill both the hospital discharge (99238-99239) and the admission to the nursing facility (99304-99306) on the same day. Before we take a look at some related questions, note that some of these questions raise the issue of billing consults.

The five pulmonologists in our group make rounds at several local hospitals. On occasion, one provider will treat a patient and bill a 99233. But then the patient is transferred to another facility, and we are asked to consult at that facility on the same day. Another physician in our practice treats the patient there and bills for initial hospital care (99223). Is this right? Or should we bill the consult at the new facility as a subsequent visit as well?

You could combine the complexity of both visits and possibly bill a higher level of visit. But if the patient is transferred to a hospital that meets the transfer criteria, your group could bill an initial hospital care code instead of a subsequent visit code. Again, you could combine the complexity of services from both visits and bill the appropriate level of initial hospital visit code.

Again, because both hospitalist services in this case took place on the same day, you can’t bill both. You must instead combine both services into either one subsequent visit code or an initial hospital visit code (99221-99223), if the transfer criteria were met.

If Medicare’s transfer criteria were not met and both services occurred on the same day, you would bill a combined subsequent visit code for both services. The answer would be the same if the patient was transferred from hospital “B.”

My department has been debating how to correctly code for transfers to other hospitals. When a patient is discharged from our hospital and transferred to another hospital (not related to our facility) on the same date of service, we have been billing subsequent codes for the hospitalist’s last day of service. But some of us feel we should be coding a discharge service because the patient will not be returning to our facility. (We’re providing no services in the hospital to which the patient is transferred.)

Kristy Welker is an independent medical coding consultant based in San Diego. E-mail your documentation and your coding questions to her at kristywelker@hotmail.com. We’ll try to answer them in a future issue of Today’s Hospitalist. 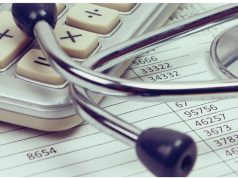