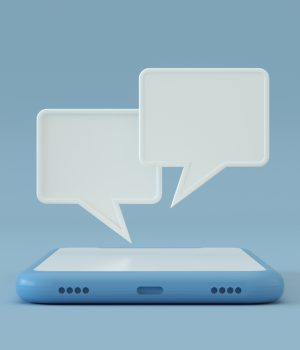 FEW THINGS cause people as much anxiety as having to negotiate. But during a session on negotiating strategies at the Society of Hospital Medicine’s annual meeting in Nashville, Carrie Herzke, MD, MBA, chief medical officer at the Medical University of South Carolina in Charleston, made it clear that negotiating skills are essential for practicing clinicians to succeed.

“If you do it well, you will be more satisfied, and your patients will benefit too,” Dr. Herzke said. Those skills are even more critical, she added, if you hold or plan to hold a leadership position. She and her copresenter—Flora Kisuule, MD, director of the hospital medicine division at Baltimore’s Johns Hopkins Bayview Medical Center—offered tips to help clinicians improve their ability to negotiate without the panic.

Separate people from the problem
First, some basics.

Negotiation principle No. 1: Don’t go into any negotiation without understanding your BATNA, or best alternative to a negotiated agreement. “This is what you’ll still have, even if your negotiation fails,” Dr. Herzke said. “If you don’t know your BATNA, you’ll be at a disadvantage” when negotiating because you won’t have a fallback plan. If you have a strong BATNA—like a great job offer elsewhere, and you’re trying to get your current group to match opportunities or salary—feel free to disclose it at the start of the negotiations.

“The people you have to negotiate with who you like the least are the ones you need to buy coffee for.” 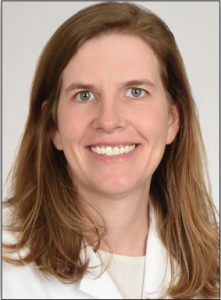 But if your BATNA is weak (a job offer you’re not all that thrilled about), then keep it to yourself. “Sharing it,” Dr. Herzke said, “won’t further your cause.”

Principle No. 2: Focus on interests, not positions. When you dig in your heels with a position—”I don’t want to work nights!”—the person or people you’re negotiating with may do the same. Instead, know ahead of time what you’re interested in achieving and put those interests, not your positions, on the table. “Perhaps you want to spend more time with your family” so you don’t want to be away nights, said Dr. Herzke. Or the schedule your spouse or partner has makes it really tough for you to work then.

“When you talk about your interests, it allows you to think of all possible options,” she pointed out. Taking an “I want” position instead just shuts negotiations down.

You also want to think about—and listen to—the interests of the party you’re negotiating with, because that will further principle No. 3: Invent options for mutual gain. “You want win-wins,” Dr. Herzke said. “You want to increase the size of the pie, and you want the negotiations to meet everyone’s interests.”

Then there’s principle No. 4: Use objective data to make your case. “This is where you talk about your return on investment, and it doesn’t have to be about money,” she noted. “Many objective criteria are measurable.”

And finally, principle No. 5: Separate the people from the problem. Walking into a negotiation and scorching people—”This specialty always dumps patients on us!” or “That specialty never orders the right test!”—just creates adversaries. Instead, said Dr. Herzke, “You want to get to the problem.”

What are you really asking for?
While those principles sound simple, Dr. Herzke stressed that you won’t succeed with them unless you take several other key factors into account.

The first is that you need to prepare for negotiations, even low-stakes ones. As part of preparing, make sure you know: What are you really asking for and what do you know you don’t want? Have you identified your interest or are you stuck on a position? What are your options, and do you need time to research those?

Who needs to be at the negotiating table—don’t waste time negotiating with people who can’t make decisions—and what are their BATNA and interests? Is what you’re asking for possible and reasonable, and how can your ask be mutually beneficial? And what have you (or your group, if it’s a group negotiation) accomplished so far, and are you sure you’re not over- or under-selling those achievements?

“Aim a bit higher than your ideal salary because, as you negotiate, you’re going to come down.” 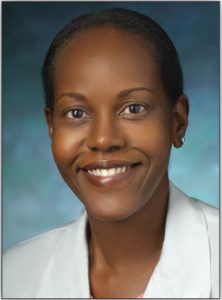 During negotiations, make sure you acknowledge the other side’s good points when they make them. “Otherwise, you just look silly,” Dr. Herzke said. If the conversation veers away from interests into positions, try to steer it back; avoid reciprocating if someone becomes heated or the discussion becomes personal, identify emotions (“I can tell you’re upset”) or suggest taking a break.

Remember that in health care, “decisions are rarely made quickly, except when it comes to covid,” she added. Instead, negotiations often become a series of discussions, giving you more opportunities to hone your interests and to understand those on the other side.

Finally, wanting to successfully negotiate is just one more reason to network within your organization long before you come to the table. “It is much easier to negotiate when you have built up trust and know other people’s interests,” said Dr. Herzke. “The people you have to negotiate with who you like the least are the ones you need to buy coffee for.”

Culture clash
Dr. Kisuule pointed out that culture—with its many psychological and social elements—plays a subtle but vital role in negotiations. That’s particularly true in health care, she noted, where many clinicians and executives, herself included, are either bicultural or multicultural

For more strategies that help hospitalists get the financial support they need, even during financial stress, read Tips for negotiating compensation.

“When negotiators are from different cultures,” said Dr. Kisuule, “they may each come to the table with different assumptions.”

As she explained, “culture” has much broader implications than just nationality or ethnicity. Some people negotiate from the standpoint of a collectivism culture in which “they feel a social obligation to their collective before agreeing to a goal.” But others negotiate purely out of self-interest or want to further only profitability and efficiency. Put those two types together trying to bargain, and they find it hard to reach mutually-beneficial decisions.

Or some programs and hospitals adopt an egalitarian culture, while others insist on preserving hierarchies and different social standing. Not understanding such differences can doom negotiations to fail.

Culture also determines how people share information. In the U.S., said Dr. Kisuule, information is conveyed directly. But in other cultures, including African and Asian ones, “meaning is inferred and embedded in the context of the message.” And cultural norms dictate how people approach confrontation—directly vs. indirectly—and whether or not conflict is actually verbalized or if those negotiating will want to involve third parties instead.

She got a crash course in such differences during a recent meeting with a hospital executive who proposed that the hospitalists take over the chronic vent unit.

“I was taken by surprise and my Ugandan culture became dominant,” she said. “While I did a lot of communicating, I didn’t state my meaning directly but embedded it in what I was saying.” Hours later, the executive sent out an e-mail saying the hospitalists were taking charge of the unit.

That’s when she realized that very direct communication was called for, and she sent a response saying there had been a misunderstanding. “I made it clear that not only would the hospitalists not be taking over the unit, but that a lot of discussion had to happen first before they would consider it.”

Women should make the first offer
Little data indicate how members of underrepresented groups fare in negotiations, Dr. Kisuule pointed out. Research does suggest that the initial offers they receive may be less favorable than their colleagues’.

More research has been done around women in negotiations, and those studies show that women tend to negotiate more for the interests of others than for themselves. They also seem to negotiate more effectively when they’re negotiating with another woman.

As for why women may not do as well as their male counterparts in negotiations, “it’s not because they lack the skill set,” said Dr. Kisuule. “Instead, they tend to get blowback when they are more assertive because they are perceived to be more aggressive.”

She offered these negotiating tips for women: Make the first offer, particularly when negotiating your own salary. And when you throw a number out, go high. “Aim a bit higher than your ideal salary because, as you negotiate, you’re going to come down. If you start low, it’s really hard to come up.”

Another tip: Practice, practice, practice. Try negotiating at flea markets, for instance, and roleplay with friends and colleagues. And use positive emotions. “As women, we’re often accused of being too emotional, but here’s a situation where you can use emotions to your advantage,” Dr. Kisuule said. “Lead with, ‘I’ve been looking forward to this conversation,’ and use that positive energy.”

Finally, use communal language, saying “we” instead of “I” as much as possible. “Too many ‘I’s,’ she said, “are offputting.”