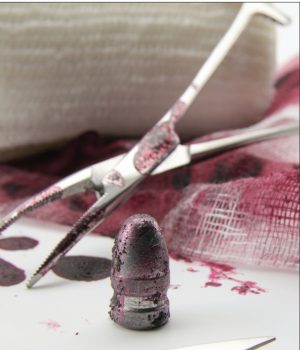 WHEN ACP RELEASED PAPERS late October advocating for more research into gun violence and detailing ways physicians could help reduce gun injuries, the NRA shot out on Twitter: “Someone should tell self-important anti-gun doctors to stay in their lane.”

In response, hundreds of doctors took to social media to recount their experiences treating gun injuries. According to Washington Post coverage, Joseph Sakran, MD, a trauma surgeon at Baltimore’s Johns Hopkins who survived being shot as a teenager, launched #thisisourlane, one of several Twitter feeds where doctors began posting.

“Where are you,” Dr. Sakran wrote in response to the NRA tweet, “when I’m having to tell all these families their loved one has died.” A tweet from Judy Melinek, MD, a forensic pathologist, went viral: “Do you have any idea how many bullets I pull out of corpses weekly? This isn’t just my lane. It’s my f****** highway.” At press time, a shooting that followed a domestic dispute at a Chicago hospital killed an emergency physician, a pharmacy technician and a police officer, in addition to the shooter.

Close to 10% of young family physicians are hospitalists 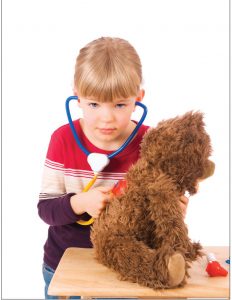 BAD NEWS for primary care, good news for hospital medicine: A 2016 survey of family physicians who are only three years out of residency found that about 9% report being a hospitalist, with no outpatient practice.

Further, family physicians who identified as hospitalists were more likely than their non-hospitalist peers in family medicine to report working longer hours per week (64.2 hours vs. 53.6 hours), while many more also said they worked more than 60 hours per week (46.4% vs. 29.1%), However, the hospitalists were also better paid (earning a median of $250,000 vs. $185,000) and reported being more satisfied with their careers. Those attributes may, according to the authors publishing the results, “attract more family physicians to hospital medicine.”

More than 2,000 young physicians responded to the survey, and male family physicians were almost twice as likely to self-report being hospitalists as females (11.9% vs. 6.6%). Survey results were published in the September-October issue of the Journal of the American Board of Family Medicine. 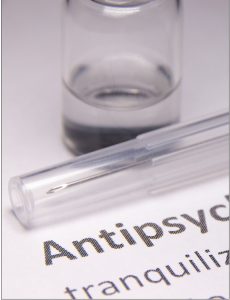 WHILE IV ANTIPSYCHOTICS have been a mainstay of delirium treatment in the ICU, a new study finds that neither typical nor atypical antipsychotics are any more effective than placebo in shortening the duration of delirium.

The authors of the multicenter trial, with results published in the Oct. 22 New England Journal of Medicine, randomized nearly 600 patients with acute respiratory failure or shock and hypoactive or hyperactive delirium to IV haloperidol (up to 2 mg a day), ziprasidone (40 mg) or placebo for up to 14 days. Clinicians could adjust patients’ doses.

Endpoints included the number of days patients went without delirium or coma, 30-day and 90-day survival rates, freedom from mechanical ventilation, and time to ICU and hospital discharge. Outcomes were similar across all three groups in terms of duration of delirium. “I would still consider using dopamine antagonists in patients at imminent risk of … injurious behaviors,” editorialist wrote, “but I would have less confidence in their benefits than I had in the past.”

Aspirin holds its own against VTE after knee replacement 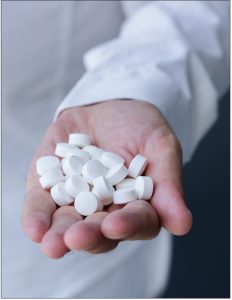 A STUDY that pitted aspirin alone against anticoagulants to prevent VTE after total knee replacement concludes that aspirin may be “an appropriate alternative” to other forms of drug prophylaxis. Study results were posted online in October by JAMA Surgery.

The authors looked retrospectively at a Michigan database on pharmacologic prophylaxis among knee replacement patients from 2013-15. Among more than 41,000 patients, 30.9% received aspirin alone, 54.5% received anticoagulation alone (including low molecular weight heparin, warfarin or Xa inhibitors), 13.0% received both aspirin and an anticoagulant, and 1.6% received neither. The primary outcome, which was a composite of first PE, DVT or death within 90 days, occurred in 4.8% of those given no prophylaxis, 1.2% of those on aspirin alone, 1.4% of those receiving anticoagulants and 1.3% taking both.

The secondary outcome was bleeding events, and “aspirin alone was also noninferior for bleeding complications,” the authors wrote.

The high price of hospital-acquired conditions

Moreover, patients who experienced those avoidable conditions—which included falls, CAUTIs, and stage 3 and 4 pressure ulcers, among others—spend on average more than eight days longer in the hospital than other patients, with HACs increasing patients’ mortality risk by more than 70%. Modern Healthcare coverage of the IBM Watson research brief notes that according to some experts, such data indicate that the HAC reporting system and the penalty program maintained by the Centers for Medicare and Medicaid Services aren’t doing enough to reduce those complications.

Not all the news about HACs was bad, however. The results of two surveys published in the Nov. 1 New England Journal of Medicine found that the number of health care-associated infections fell between 2011 and 2015. The drop was most steep for surgical-site and urinary tract infections. 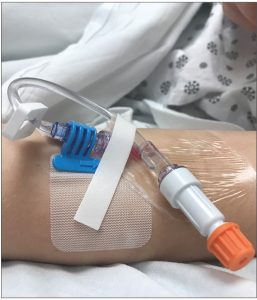 To increase the use of single-lumen PICC lines, researchers in a new study implemented the following interventions: educating doctors, pharmacists and nurses on a vascular access service team about the importance of reducing inappropriate use of multi-lumen PICCs; changing the PICC order set to make single-lumen PICCs the default; and setting criteria for when to use multiple-lumen PICCs.

Their results: Researchers found that the proportion of single-lumen PICCs being used increased from 64.7% to 93.6%, while the proportion of PICCs with an inappropriate number of lumens fell from 25.6% to 2.2%.

The authors also saw a downward trend in PICC-related complications. Results were posted online in October by the Journal of Hospital Medicine.

“Make sure to get the name of the dog” 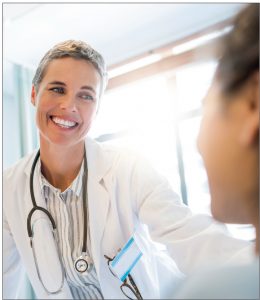 A PERSPECTIVE PIECE from a cardiology fellow describes his first day as a resident when, after he presented on a patient admitted for chest pain while walking his dog, the attending asked the author what the dog’s name was.

When the attending led the residents back to the bedside to get the answer to that question, the author received what he says may have been the most useful lesson he gained during his residency: Talking briefly to patients about their pets, children, favorite pie recipe or television show allows him to see the “actual person behind that hospital-issued gown.” It also allows patients to experience him as a person and learn to trust their care team.

Those lessons, according to FierceHealthcare coverage of the piece, are confirmed in research that links good communication and relationship skills on the part of providers to lower burnout rates and better job satisfaction, as well as to improved patient satisfaction. The perspective was published in the Oct. 4 issue of the New England Journal of Medicine.

Why you hate your computer 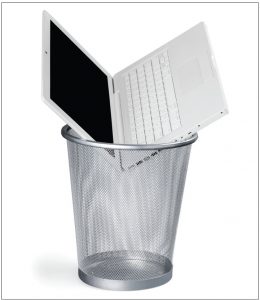 IN AN ARTICLE published in the Nov. 12 issue of the New Yorker, Atul Gawande, MD, the New Yorker staff writer, surgeon and now CEO, tackles a topic familiar to any physician: being boxed in and burned out by an EHR designed to benefit administrators more than the clinicians who need to feed it.

Dr. Gawande describes his training with and go-live for an EHR that even one Epic executive described as “the revenge of the Ancillaries.” As Dr. Gawande writes, “I’ve come to feel that a system that promised to increase my mastery over my work has, instead, increased my work’s mastery over me.”

He likens the increasing brittleness of EHRs to technology in other fields, including construction, and deplores the ways EHRs have changed how people in medicine work together. At the same time, he finds advances to be optimistic about, including innovations being made by doctors to modify EHRs for their own use and create their own EHR apps.