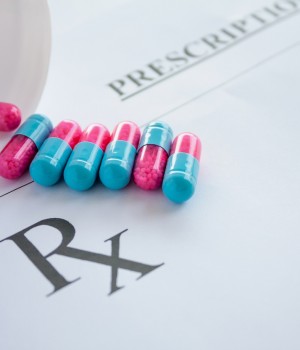 THE CENTERS FOR DISEASE CONTROL AND PREVENTION (CDC) recommends that all hospitals implement an antibiotic stewardship program, such as the one launched in 2012 at the Richard Roudebush VA Medical Center in Indianapolis. As part of that program, Daniel Livorsi, MD, an infectious disease specialist, teamed up twice a week with pharmacists to review patient records and see if physicians were following practice guidelines.

“When we found opportunities to improve prescribing, we would talk to the doctors and give them our recommendations,” he says.

But Dr. Livorsi noticed that a subset of doctors at the medical center did not seem open to feedback about antibiotic use. In hopes of developing a more effective stewardship program, he led a study and published results in the March issue of the Journal of Hospital Medicine. The goal was to understand what was influencing antibiotic prescribing choices.

“The ‘my-patient-is-different’ rationale gets in the way of physicians complying with guidelines.”

Thirty inpatient physicians, including 14 hospitalists, were given short case vignettes that focused on three infectious conditions: skin and soft tissue infection, suspected hospital-acquired pneumonia, and asymptomatic bacteriuria. For each case, the doctors were asked what antibiotics they’d prescribe or if they’d change the current regimen detailed in the vignette. The physicians then received feedback based on clinical guidelines from the Infectious Diseases Society of America (IDSA), and they were asked to describe their comfort level with those guidelines.

Those insights bolstered Dr. Livorsi’s conviction that what works best to improve antibiotic prescribing is hospital or community-based interventions, built upon collaboration with local physicians.

Start a conversation
According to Dr. Livorsi, the study has limitations. For one, it was small and limited to a single city, making it difficult to draw inferences. Plus, the case vignettes were over-simplified, which might have skewed physician reactions.

“It was a somewhat artificial situation we were presenting, limited to a few sentences of information,” he says. “In real life, physicians might have ordered other tests or collected additional history from the patient.”

That said, the study was intended to shed light on why doctors don’t follow prescribing guidelines. Dr. Livorsi hopes the results will inform local efforts to improve antibiotic use.

“Guidelines can be helpful, but the mere publication of guidelines doesn’t mean that physicians actually read them,” he points out. “And even if they read guidelines, that doesn’t mean they’re going to change their practice. To change physician prescribing choices, we have to implement guidelines on a local level.”

A logical place to start, he says, is to engage local physicians in conversations around national guidelines for common infections, which are available on the IDSA Web site. Such discussions can help uncover specific knowledge gaps.

“Physicians are probably overwhelmed with the amount of new literature that’s published every month,” says Dr. Livorsi, “and it’s impossible for them to stay abreast of everything.”

Those discussions can also identify individual attitudes and organizational norms—such as a tendency to use broad-spectrum antibiotics—that get in the way of complying with national guidelines. Some doctors may be risk adverse, for example, while others may be more swayed by what their colleagues are doing.

“The only way you’re going to understand this is by talking to physicians,” Dr. Livorsi says. “Then, you might have to think of interventions specifically aimed at risk-adverse prescribers and ones for those influenced by norms.”

Acknowledge the need for skepticism
Then too, says Dr. Livorsi, a certain amount of skepticism about clinical guidelines is warranted. While guidelines aim to be evidence-based and are written by experts, many are limited by weak findings.

But healthy skepticism is different than outright dismissal, he adds. “I would hope that if somebody’s practice deviates from the guidelines,” he says, “it would at least warrant some self-reflection.”

While it’s understandable that physicians prefer guidelines backed by high-quality evidence, Dr. Livorsi notes that it is unrealistic to expect all clinical debates to be settled through resource-intensive randomized control trials. Plus, even the gold standard among experimental studies tend to involve only a subset of patients, which can lead doctors to question whether results apply to their particular patients.

“The ‘my-patient-is-different’ rationale gets in the way of physicians complying with guidelines,” no matter how much evidence you present, he points out. “At one extreme are the physicians who think their patients are entirely unique and that they can never apply guidelines to their patients,” he explains. “The other extreme is to say that no patient is unique, medicine should be a cookbook and we should just follow these recipes set forth in the guidelines. I think the right answer lies somewhere in between these extremes.”

Develop strategies that address barriers
To find the sweet spot between cookbook medicine and individualized patient care, Dr. Livorsi recommends a combination of strategies, all of which have been shown to be useful in the literature.

One strategy is to bring a group of hospitalists (or local physicians) together to develop organization-specific standards for antibiotic prescribing. “Having the hospitalists as a group reaching consensus about how they should be practicing can be very powerful,” Dr. Livorsi says.

Hospitalists can look at local data to help determine if and how their standards should diverge from national guidelines. For example, in regions where methicillin-resistant Staphylococcus aureus (MRSA) is not prevalent, hospitalists may decide not to follow the guideline recommendation that all inpatients with a recent health care exposure and an infection consistent with pneumonia be given an antibiotic for MRSA. “That’s an example where physicians being skeptical, talking on a local level and looking at their local data can be very helpful,” says Dr. Livorsi.

Making it easy for physicians to access guidelines is also key. “Guiding physicians to the right antibiotic choice at the moment when they are getting ready to order an antibiotic is something that has been shown to work,” he says, adding that this can be accomplished through EHR order sets or alerts.

In addition, he remains a fan of giving physicians audited feedback on their antibiotic use. “It is a good way to prompt them to think about what they’re doing and consider changing their practice.”

Dr. Livorsi, who now works at the Iowa VA Health Care System in Iowa City, remains dedicated to antibiotic stewardship. “Through conversations, we are trying to get physicians to understand the situations where they feel they can’t apply the standards to their patients,” he notes, adding that it’s an ongoing process. “Just having one conversation or educating doctors about the guidelines at one point in time is not going to change their prescribing behavior. It requires frequent feedback before people are comfortable making these changes.”

Maggie Van Dyke is a freelance writer and editor based in the Chicago area.