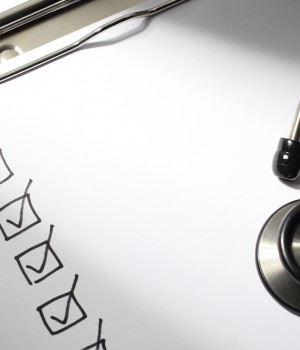 WE ALL KNOW that health care delivery in the U.S. is rapidly changing. The focus is shifting from volume to value, from quantity to quality, and hospitals are transitioning from revenue centers to cost centers. In a capitated system focused on population health, administrators will soon realize that they can no longer cardiac stent, hip/ knee replace or chemo themselves into profitability, as they have in the past.

Some of us are already practicing in this new environment. Here in New Mexico, where our hospitalist group is based at Presbyterian Hospital in Albuquerque, about 70% of our revenue is capitated or at risk. As a result, we’re probably a little ahead of the curve when it comes to thinking about hospitals as cost centers.

We’ve seen that quality initiatives such as patient flow will make or break a hospital’s finances. We’ve learned that the traditional engines of hospital revenue “the cardiac, joint and chemo services “may become financial albatrosses under capitation.

We’ve also learned that resources for these departments may need to be reallocated to hire more care coordinators or hospitalist rounding teams, a very counterintuitive argument for most hospital administrators. So how do we make that argument, and do we understand these forces ourselves?

When I talk with other hospitalist medical directors, they often tell me that they completely ignore patient flow and average length of stay (aLOS). Why? “Since our hospitalists took over from the traditional model, we significantly improved aLOS,” they’ll explain. “Reducing length of stay is old news.”

It’s true that by moving from a primary care to a hospitalist model, many hospitals slashed aLOS from six or seven days down to five, a significant improvement. But that ignores the bigger question: Shouldn’t that aLOS be four days, not five? And could groups cut it to four if they focused on patient flow and interdisciplinary processes that speed up throughput?

We use three metrics in our group to prove that hospitalists are succeeding in a capitated environment. While these metrics may sound complicated ” you have to do some basic math “you’ll see that for hospitalists, at least, the measures make perfect sense for the changes coming to hospitals everywhere.

The hospitalist program at St. Everywhere maintains nine rounding teams, each with an average starting census of 20 patients, and each team on average discharges 4.0 patients per day. Each hospitalist earns $300,000 per year so, with a week-on/week-off schedule, each rounding team costs the hospital $600,000 a year.

The Memorial hospitalist group, on the other hand, has 12 rounding teams, with an average starting census of 15 patients. Each team discharges on average 3.75 patients per day, and each hospitalist earns $250,000 a year. The annual cost of a rounding team is $500,000.

Average length of stay
Here’s another way to use discharge efficiency: Approximate each group’s aLOS, which is probably the most important metric we follow.

To calculate aLOS, divide 100 by each group’s discharge-efficiency percentage. For the St. Everywhere hospitalists, their aLOS is five days (100 divided by 20), while it’s four at Memorial. Although the discharge efficiency of the Memorial hospitalists is only 5% higher, that translates into an entire day of reduced aLOS.

To perform an additional 3,285 discharges at five days aLOS, St. Everywhere would have to add 45 physical beds. (Here’s the math: 365 days per year divided by 5 days aLOS equals 73, or the number of discharges per bed per year. Divide 3,285 discharges by 73, and you get 45 beds.) Building costs for 45 beds would run about $75 million, and each hospital bed costs $1 million per year in fixed costs.

Plus, discharging more than 3,000 additional patients a year helps Memorial avoid ambulance bypass and makes sure elective surgeries aren’t cancelled due to a lack of beds. Now which group looks more productive?

So Memorial spends $49 less per discharge. In our group, we have consistently lowered our cost per discharge every year, and we use those data to show our administration how we are bending the cost curve for our health system. It’s particularly useful during budget season when we may need more resources to deal with rising volume. If you can tie volume to cost and show that you’re producing each discharge for less money, that’s a powerful argument.

Are you still with me? All these numbers point to one thing: Investing in additional hospitalist rounding teams delivers a very significant return. If we calculated the wRVUs per rounding team, the St. Everywhere hospitalists may have a higher average, but at the much steeper cost of slower throughput. Any additional revenue generated through higher wRVUs would pale in comparison to the financial return of better patient flow.

Making needed investments
The easiest course of action in a financial crisis is to cut costs, not invest in processes. But as the above scenarios show, spending less, at least on hospitalists, would actually be the worse course of action.

Let’s be honest: Process is difficult to design and implement. Effective processes to improve patient flow involve multiple disciplines and change management. It will be very tempting to just create localized solutions such as hospitalist workflow or nursing discharge solutions.

Trying to coordinate nursing, care coordination, physical therapy, pharmacy and hospitalists, such as in unit-based care with multidisciplinary rounding, is hard work, but the results can be transformative. For hospitals in the next five to 10 years, that’s the kind of transformation they will need to survive.