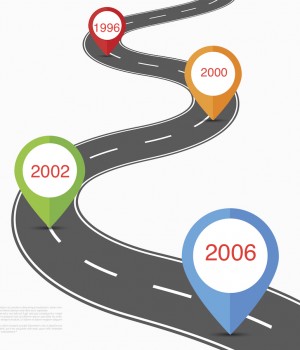 AS I LOOK BACK at my hospitalist career over the last eight years, I see the development of the profession as a series of stages. They don’t exactly mirror the textbook Kubler-Ross model of dealing with grief and loss (denial/anger/bargaining/depression/acceptance). But with the field definitely reaching the point of acceptance, there are surely parallels to the Kubler-Ross schema.

I was still in training when the field was first established, but I imagine that stage must have been the “Look at us, this is really cool” phase. I suspect that pioneers like Drs. John Nelson and Win Whitcomb recognized that what they were doing had great potential to become a standard of practice.

Back in 2000, when I first began practicing as a hospitalist, I believe we were in the “Will I need to grow up and get a real job?” phase. At that point, the profession was no longer operating under the radar, and we were starting to face some organized resistance from traditionalists.

I will never forget the formative conversation I had with a nephrologist during my first year as a hospitalist. He made it clear that, as far as he was concerned, my decision to remain a “professional resident” was, to paraphrase, “an asinine career decision.” That was the stage when we spent a lot of time trying to justify our existence “not just to the folks in administration, but to just about everyone, from our parents to our patients.

Undaunted, I survived into the next phase, which was the “Wait a second, this is a real career!” one, which I’d date at around 2002-03. A lot of research started to prove our “value added,” with national data suggesting that we reduced lengths of stay and likely saved costs in other ways.

That said, I found that the national data at the time could drive me nuts. Back then, I was at a 500-bed community hospital where our internal numbers demonstrated a more than 25% length-of-stay reduction. Many of my colleagues had generated similar data that were far from publication grade. But, clearly, the people subsidizing our careers recognized the significance of those numbers.

Over the last few years, we have evolved into what I’d call the fourth stage of hospital medicine: the “Hey, where did everyone else go?” phase. The field’s explosive growth has been accompanied by a mass exodus from hospitals by primary care doctors.

While we continue to try to prove the value of our specialty, the “value added” has become less significant. That makes the timing of a study on hospitalist medicine published in the Dec. 20, 2007, New England Journal of Medicine (NEJM), quite interesting.

The article found only “modestly shorter” lengths of stay (12%) for hospitalists vs. general internists and family physicians, and even more modest cost savings. One conclusion may be that we don’t have as huge an impact on length of stay or mortality as we might have thought.

What’s my response to these new findings? My reaction mirrors the opinions expressed in the seminal editorial by Laurence McMahon, MD, MPH, which ran in the same issue of NEJM, and many others in our field. Here’s the response: So what?

Put another way: Even if the NEJM article had reached some outrageous conclusion such as, “Hospitalists increase length of stay by two days and double inpatient mortality,” the tide still would not turn.

Does anyone think we will ever see a mass wave of primary care physicians storming the hospital? These are the same doctors who have spent the last two years being treated for post-traumatic stress disorder after being paged 20 times a night and caring for critically ill patients at 2 a.m., with a full day’s clinic waiting for them in the morning. There is no way any of them are coming back.

It is time to spend more time concentrating on what we do best “delivering quality care “and on how to make our field appealing to young doctors. That means it’s high time to stop trying to prove that we are better at what we do than doctors who do not live in the hospital.

Here’s my message to administrators: We are now in the fifth stage of hospital medicine, the “A hospitalist is worth twice his or her weight in gold” phase. We still need to quantify the value of our field for other reasons, and I applaud the rigor of this latest study. But I suspect we are now well beyond needing research to support our existence.

There are surely parallels between the development of hospital medicine and the Kubler-Ross schema.

Erik DeLue, MD, is medical director of the hospitalist program at Virtua Memorial Hospital in Mt. Holly, N.J. He blogs about practice redesign and hospital medicine on the Today’s Hospitalist Web site at www.todayshospitalist.com.

The five stages of hospital medicine: a timeline

2008: Hospitalists are worth twice their weight in gold