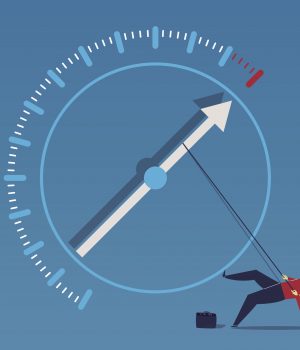 RUMORS have been swirling in the local media that one of my former employers is closing. It’s a cautionary tale about brutal market forces that may be buffeting your hospital too. You might be safe for now, but I encourage you to take stock of some economic trends that will undoubtedly impact your personal and professional future.

Around forever
St. Joseph’s Hospital was Minnesota’s first hospital. Catholic nuns converted a chapel into a cholera ward in 1853 and the hospital has been a fixture in downtown St. Paul ever since. It’s currently licensed for 401 beds.

According to public data, St. Joe’s had 11,838 acute care admissions in 2017, ranking No. 16 among the state’s 140 hospitals in terms of volume. But its balance sheet is upside down. Total operating revenue and expenses were roughly $258 million and $292 million, respectively, that same year. That translates to an operating loss of $34 million.

While the causes of financial distress are probably many, payer mix seems to be a big part of the problem. Only 16% of admissions were covered by commercial insurance, compared to 75% of patients with Medicare and Medicaid. The remaining 9% were self-pay patients and miscellaneous payer types.

As you’re likely aware, commercial or “private” insurance is associated with better reimbursement compared to government plans. And hospitals have historically depended on that payment differential to stay afloat.

Let’s start with volume or “heads in beds.” According to the Agency for Healthcare Research and Quality (AHRQ), discharges have been declining since 2008, when they peaked at more than 38 million nationally. By 2016, volume was down 6.6%, and I don’t think we’ve hit bottom yet. Reasons for the slide are many: better ambulatory care, including same-day surgeries, observation care, home health care and so on. Coincident with this volume trend was a significant shift in payer mix. Per the same AHRQ dataset, government plans accounted for 55.8% of discharges in 2008. This has increased every year and hit 62.7% in 2016. The flip side was a drop in commercial insurance from 35.4% to 30.1%.

The Affordable Care Act—”Obamacare”—was responsible for some of the uptick in government insurance due to Medicaid expansion. But the overall effect is less than you might assume. The uninsured rate for hospital discharges stood at 4.2% in 2016, down 1.2% compared to 2008. This means that growth in government plans largely occurred at the expense of commercial insurance, not because the uninsured suddenly had government coverage. Explanations include the “silver tsunami” exiting employer-based insurance for Medicare when they retire.

Aggravating factors
As hospitals care for fewer inpatients and payment has increasingly shifted to government insurance, the net result is less revenue.

But the story gets worse. Government plans not only pay less, but their rates haven’t kept pace with inflation. According to the U.S. Bureau of Labor Statistics, the cost of medical care increased 27.4% between 2008 and 2016. Over that same period, Medicare’s conversion factor—what you get paid per RVU—declined from $38.0870 to $35.8043.

See “Hospital and reimbursement trends,” and compare those changes to the last few years of your hospital’s financials.

Requiem for fee-for-service?
It’s really hard to make these numbers work. And when numbers don’t work, severe expense side solutions are often needed, including service reductions, consolidations and hospital closures. But what about alternate payment models, the ever-expanding alphabet soup that includes MSSP, ACO and all the rest? An analysis last fall found that while Medicare saved a bundle in 2018, only 37% of ACOs received shared savings bonuses. That left everyone else either flat or penalized.

As for St. Joe’s, I’m hoping for another miracle. Way back in 1996, a local newspaper reported that the hospital was going to close because it had “more hospital beds than the patients to fill them.” But it still found a way through. I’m hoping it will again.

David A. Frenz, MD, is a private practice physician and health care consultant. Learn more about him and his work at www.davidfrenz.com or LinkedIn. 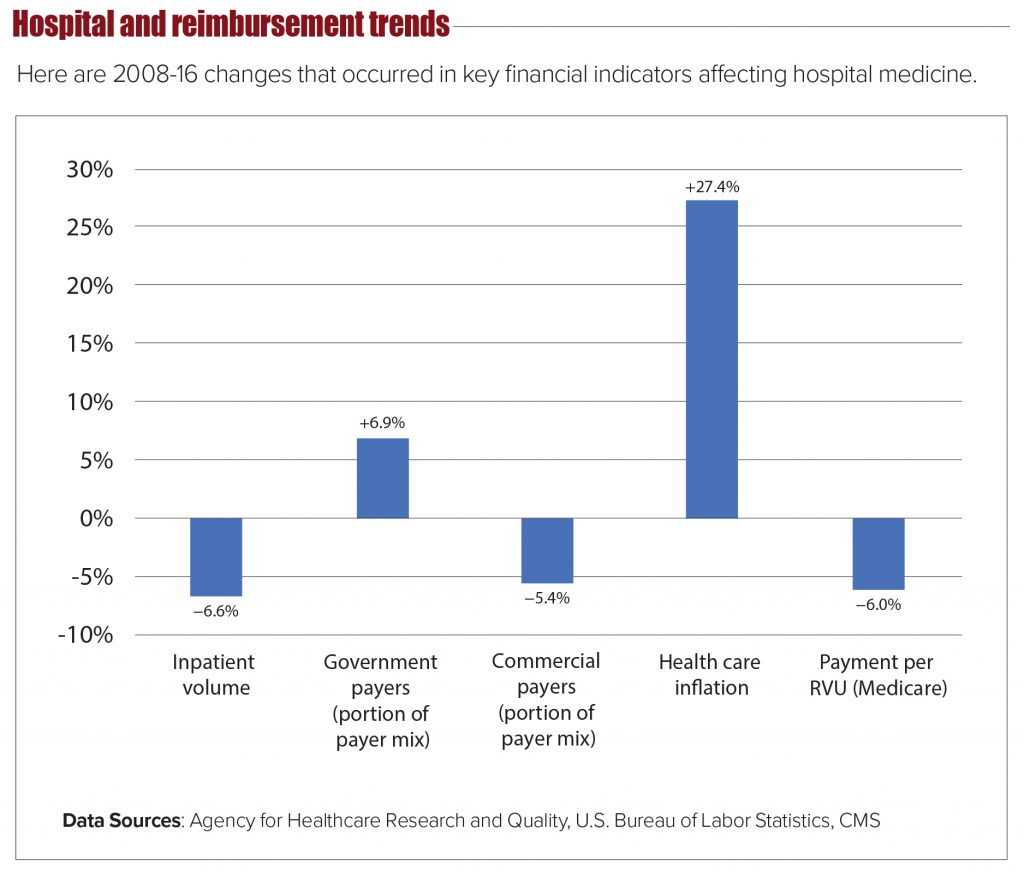