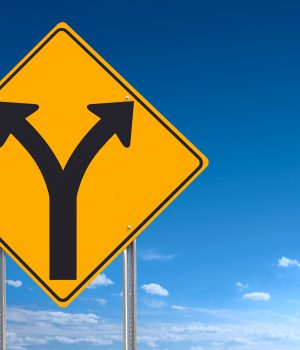 WHAT IS A TRIAGIST? The answer to that question depends on who you ask—and in what hospital system they work.

In 2018, for example, researchers surveyed more than 200 hospitalists who rotated through triage roles across 10 different academic centers. Their results, which appeared in the February 2020 Journal of Hospital Medicine, found a great deal of variation in how triagist roles are structured.

In some centers, hospitalist attendings weren’t actually making triage decisions, but supervising the residents and advanced practice clinicians who were. In others, triagists were not only making admission decisions but taking a very hands-on approach, seeing some patients in the ED who were being considered for admission.

The authors’ conclusion? “Currently, no consensus definition of the triagist role has been developed.” Instead, they found, the role of triagist was largely grounded in the practices of local health care systems.

“We had to figure out a way to triage admissions without getting people mad or slowing things down.” 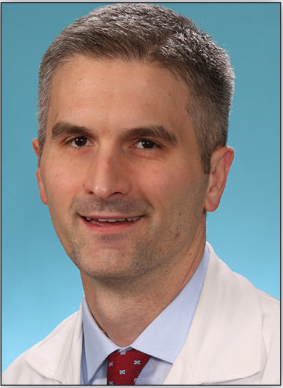 Before Washington University Barnes-Jewish Hospital in St. Louis went live with its medicine triage attending (MTA) service in July of 2020, that grounding in local culture meant that the hospital went through two years of planning and getting buy-in to get a 24/7 triagist position off the ground within its hospitalist group.

Nathan Martin, MD, service co-director, says that the MTA assigns all medicine admissions from the ED, outside hospitals and clinics to multiple teaching services, non-teaching hospitalist teams on two campuses, the covid floors and cardiology, and triages oncology admissions at night. Dr. Martin spoke with Today’s Hospitalist about the service.

Why did you and your colleagues want to launch this position?
We are a big institution with lots of different ways that patients get admitted to medicine services. It’s primarily from the ED, but also from outside transfers and some direct admissions.

And we have very complicated inpatient medicine teams, with some hospitalist teaching services, but others that are non-teaching. Some services—like hematology and cardiology—want patients admitted only to their service. So it was very confusing for the emergency room to figure out the fastest way to get people admitted.

It helped that a group of us work on both the teaching services and the independent hospitalist teams, so we probably have the best understanding of how the hospital works. That’s the case we made to hospital and university leadership, and they eventually agreed to fund the position.

Why did that take two years?
There were a lot of meetings and a lot of process to get all the various service lines and the residency program to sign on. Originally, the emergency room was a little scared of the idea, but they now actually really like having a point person to talk to at all times.

So the MTA serves as the final arbiter for admission decisions?
We do. The emergency room still makes the decision to admit. The MTA reviews all those medical records and disagrees only, say, 5% of the time if a patient doesn’t need to be admitted or needs to go to the ICU instead.

We had to figure out a way to triage admissions without getting people mad or slowing things down. We had originally talked about triaging all admissions, including oncology and those of the bone marrow transplant service. We also talked about having the MTA spend time in the ED and meet with patients to perhaps boost the number of discharges home. But those weren’t really practical. During a 12-hour shift, we review 50 admissions on average, and it’s a really hectic job.

I understand that many academic centers leave triage decisions up to residents, who just aren’t as efficient as attendings. Is that your impression?
Absolutely. When I was a third-year resident, we each had to do two weeks of this kind of triage in the emergency room, and it was probably the worst two weeks of my residency. As a resident, you had no power, and the emergency room did whatever it wanted. People would be mad at you and push back on your admitting decisions, and you couldn’t do anything.

Having an attending in the role all the time is much more powerful. The service also provides more continuity because we’re invested in this.

What are the upsides and downsides of working as MTA?
You don’t have contact with patients except on the weekends. We realized we have a little more down time then so MTAs now on weekends do hospital medicine consults as well as triage.

The upside is that you interact with so many different people throughout the hospital. It’s all over the phone, but it’s a lot of interaction.

One downside always mentioned with triagists: They don’t generate revenue.
It’s a very expensive job and it comes with no direct revenue, which is another reason it’s hard to get approved. We had to make the case that investing $1 million a year in four full-time equivalent physicians was worth it. The argument is that it improves throughput and communication, it makes people happier with much less conflict around admissions, and it may make the job of hospital leadership easier.

Right now, we don’t have any metrics that prove those things, and it’s going to be hard to compare outcomes from the period before we started—because of covid—and where we are now. But we want to look retrospectively at patient experience and duration of stay in the emergency room.

Anecdotally, the feedback from the ED and medicine services has been very positive. It’s also been good for the hospitalists. The hospitalists run the observation unit so before we launched the service, two different doctors—one from the observation unit, one from the hospitalist service—would have to talk to the emergency room and review patients before accepting them. Now, that job has been taken away from them, and they just get a notification about an admission.

Do services still push back against the MTA on admissions?
It happens, but it happens much less often. As an MTA, you have to decide how much you want to argue with someone, and some do more than others. I find that to be not very helpful, so I just try to do what’s best for the patient.

Published in the September/October issue of Today’s Hospitalist