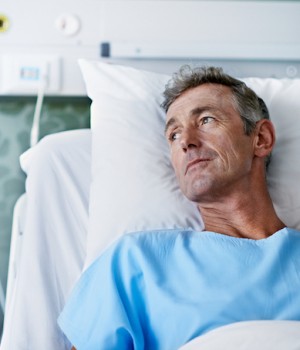 What works: Taking a structured approach to opiate dosing, March 2017.

I’ve started to learn the routines of a hospital where I began working four months ago, and while it’s going pretty well, I’ve been reminded that some things never change. In my first week, for example, I ran into a patient whose sickle cell crisis seems to be over, but who nonetheless continued to demand IV narcotics.

If you’ve been in practice for more than six months, you’re probably groaning, remembering how hard it’s been to wean your own problem patients off narcotics so they can be discharged. But the reality is that there’s often more to worry about with these patients than just caregiver stress and length of stay.

Overuse of narcotics and sedatives, especially with the high blood levels achieved with IV drugs, can and do cause life-threatening problems. Aspiration pneumonia, line infections (particularly when patients supplement prescribed medicines with substances brought from outside), respiratory suppression and thromboembolism from inactivity are just a few.

Some drug-seeking patients try to steer you toward their drug of choice by claiming to be allergic to others.

Holding firm against patient requests (or demands) is both tough and delicate. Every text on addiction mentions that manipulative behavior is part of the picture, and that the behavior can range from wheedling and sympathy bids to complaints to administrators and legal threats.

To get drug-seeking or -addicted patients discharged “and to reduce their chance of readmission “you need a concerted effort on the part of doctors and other staff members. You also need good communication skills to prevent patients from pitting one service against another.

The good and bad of pharmacology
When dealing with potentially drug-seeking patients, we first need to distinguish between drug craving and pain relief. While intravenous narcotics offer rapid onset and quick relief of pain, they unfortunately also saturate patients’ endorphin receptors and produce a “rush.”

One clue to narcotic abuse is a patient’s insistence that “only the IV stuff does any good.” For me, that says the objective is not continuous palliation of pain but the quick, craved sensation produced by a high, short-term level of the drug. The downside of IV drugs, of course, is that they wear off more quickly. By the time the next dose is scheduled, patients actually have lower blood levels than they would with an oral drug like hydrocodone.

You can avoid wide fluctuations in serum drug levels with patient-controlled analgesia and a basal infusion rate high enough to control pain. That allows you to use smaller bolus doses.

As patients improve clinically, start offering oral or transcutaneous medications, which non-addicted people will actually prefer to the IV roller coaster of pain and relief. Many sources offer dosage-equivalent tables for switching from parenteral to oral medications, including ePocrates and online pharmacy references.

Some drug-seeking patients have learned to try to steer you toward their drug of choice by claiming to be allergic to others. When you ask what kind of allergic reaction they’ve had, you may hear, “I had this terrible itching, and they said I should never use that stuff again.”

But many opioids cause pruritus, probably by a central mechanism rather than by histamine release, which isn’t classified as a true allergy. Reassure patients of this, increase their dose gradually and you may be able to avoid medications that are harder to wean. If pruritus is still a problem, antihistamines are likely to be both ineffective and sedating. Instead, studies find that methylnaltrexone can help pruritus without causing either drowsiness or narcotic withdrawal.

When to wean
Postoperative pain usually presents a simple situation. Patients have a clear cause for the pain, and as the incision heals and they become more mobile, you have a definite reason to avoid drugs that could slow down recovery by causing drowsiness and/or constipation. But medical illnesses likewise have clinical evidence that pain meds can be tapered.

My sickle cell crisis patient, for instance, had a steadily increasing hemoglobin level; if he had undergone a relapse, we would have seen a drop. Staff observed other signs, like a greatly improved appetite and the long walks outside of our smoke-free hospital for a cigarette.

Spend time with the nurses, and they will tell you many stories of patients they knew were not in pain but who insisted that they were. How did nurses know? A steady stream of visitors, with whom the patient had no trouble talking and even laughing (even when claiming that “it hurts too much to move”). Requests to go down to the cafeteria “for a change of scene.” Hanging around the nursing station in no distress “¦ until three minutes before the next Dilaudid dose is due, when the patient hits the call button and tells the nurse that the pain is “10 out of 10.”

An even more worrisome sign is the patient who wants to simply stay unconscious. (“Just give it to me even if I’m asleep. And, hey, can I have some more of that anxiety medicine?”) They run an extremely high risk of aspiration or respiratory suppression, not to mention venous thrombosis, and can easily end up in the ICU.

Document what you see and hear that supports your opinion that the patient will not suffer with a lower dose of analgesics, and encourage staff members to do the same. Talk to the nurses about the importance of getting patients back into a normal life rather than letting them become dependent on the hospital, and enlist the staff in explaining to patients that you are all trying to help.

Because some nursing schools teach the maxim that “pain is what the patient says,” it’s key to give nurses evidence that patients are not suffering as much as they claim. That evidence is also valuable to members of the patient relations department who have to deal with complaints about the staff’s “insensitivity” to demands for more morphine.

Long-term solutions
Addiction has long been recognized as an illness, and taking a judgmental approach will likely produce only negative reactions from patients.

Even using words like “addiction” or “habituation” is risky, particularly in people who have medical reasons for pain like sickle crises or recurrent pancreatitis. And while a psych consult may help support your diagnosis of drug addiction, manipulative behavior or personality disorders, patients can spot a member of the psych team faster than you can.

If patients don’t cooperate with a psych service, they may accept counseling from pain management or palliative care services. These teams have experience prescribing alternative medications, negotiating tapering schedules, and dealing with issues like anxiety that are common co-factors in narcotic overuse. They can also advise you on how to stay firm on schedules and give patients advance notice of the planned discharge date.

But if your hospital is short on psychiatric consultants and has no pain management service, all you can do is explain the medical reasons for not increasing doses of medications and why you believe that it is safe to give oral replacements. Stress that your interest is the patient’s safety and continued well-being, offer a list of sources for outpatient care, and involve the family or friends if they are likely to be supportive. Keep repeating that you are trying to avoid the very real medical complications of drug addiction and overdose.

As much as we want our patient satisfaction scores to soar, sometimes saying “no” is the biggest favor we can do for patients. You can’t erase patients’ addiction with a few days in the hospital, but you can steer them to a program that will make recovery possible. Enlisting the hospital’s resources is not only politically wise, but will improve your odds of success.

Stella Fitzgibbons, MD, trained in public and private hospitals during her medicine residency at Baylor College of Medicine. She has been a hospitalist in the Houston area since 2002.

If you suspect prescription drug abuse

THE STATE OF CALIFORNIA last year launched a statewide pharmacy database that can be accessed online and allows doctors to confirm their “gut feelings” when a patient appears more interested in pain meds than in actual treatment.

The Prescription Drug Monitoring Program, as the database is called, is designed to help health care professionals ferret out potential prescription drug abuse. There is talk of making such a database available nationwide, with states sharing information, although this would take months or years to get off the ground.

But even non-California doctors have some resources if patients use a large pharmacy chain. Even at 2 a.m., a pharmacist can check the chain’s database for records of prior prescriptions. That may be enough to “flag” a patient and delay or question future medication orders if there is reason to suspect abuse.