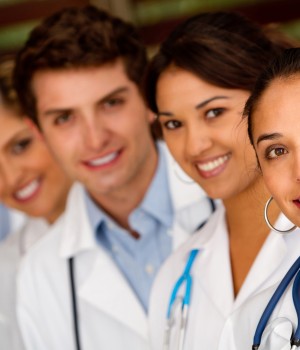 I’M THE PHYSICIAN EXECUTIVE for a multispecialty group of 250 providers that includes hospital medicine. Turnover occurs all the time, with people both coming and going. This week, for example, I attended a welcome lunch for four new providers. Last week, two people left.

In hospital medicine, the workforce remains pretty fluid. According to the 2014 Society of Hospital Medicine (SHM) survey, the median turnover in adult groups is 8%. Per SHM, the average group has 10 hospitalists, which means they lose roughly one provider every year.

Turnover is so common that it’s easy to become oblivious to the costs, but the financial impact is huge and probably much larger than you think. Let’s try to get a handle on it.

Recruitment costs
Provider sourcing chews up lots of money. According to Physician Career Advisor, the average direct costs in 2014 were $27,300 per physician. That includes items that are easy to quantify, like print and online advertising and exhibiting at medical conferences. But there are also many soft costs: salaries or fees paid to recruiters, and lost productive time for existing employees involved in candidate selection.

In my group, medical directors are the hiring managers. Our two in-house recruiters present them with CVs, which the medical directors sift through. They then interact with candidates by phone, text and e-mail. Then come site visits, which involve interviews conducted by frontline providers and other stakeholders in the organization.

According to Cejka Search, groups interview about three candidates per vacancy. Some candidates make more than one visit, and the total cost on average comes to $31,090 per position filled. Keep in mind, that’s just for the interviews.

Eventually, job offers are proffered, which involves more communication (and haggling) between the parties. Candidates sometimes involve their attorney, which invariably leads to contract revisions, time and, ultimately, money.

Finally, there are big-ticket items like signing bonuses, relocation allowances, loan forgiveness and income guarantees. Physician Career Advisor pegs the final number at $100,000 or more to just get someone in the door.

Onboarding costs
Once a candidate signs the contract, you need to onboard them. In my health care system, the medical staff office spends 12 hours on each application for hospital credentialing, and that’s just the tip of the proverbial iceberg. There’s also health plan (payer) enrollment, all of the occupational health stuff (vaccinations, drug testing, TB mask fitting), EHR training, coding education and system orientation, just to name a few.

Total onboarding cost? Brace yourself. According to Echo, a HealthStream Company that offers credentialing and analytics, “the cost to train, credential, market and onboard a physician” is $200,000 to $300,000. Ouch!

Lost revenue
We’ve burned through at least 300 grand at this point—and it all came out of every cost center except yours. Now comes the direct hit to your budget when a provider resigns, retires or unexpectedly departs.

Estimates abound, but the best analysis I’ve seen comes from William Atkinson, an administrator now at Houston’s MD Anderson Cancer Center, and his colleagues when they were at the Cleveland Clinic. Their study, published in the May-June 2006 issue of the Journal of Medical Practice Management, looked at seven specialties. While hospital medicine wasn’t included, general internal medicine and emergency medicine illustrate some general principles.

The authors developed a three-factor model that involved:

For general internal medicine, Mr. Atkinson and his collaborators found a 75% decrease in revenue during a vacancy. That’s because established ambulatory providers are usually fully empaneled and have very limited capacity to absorb more patients. The study also found that new providers took 18 months to get up to speed. In other words, it takes newbies a year and a half to produce at a rate similar to the provider who departed.

So what does this represent in real dollars? According to the Medical Group Management Association, the average ambulatory internist collected about $399,000 in 2013 (the 25th and 75th percentiles were $274,000 and $498,000, respectively). When you run the model (with some additional coefficients from Mr. Atkinson’s paper), you lose $435,000 in revenue before you get back to baseline.

Things aren’t quite so bad in emergency medicine. Remaining providers recover 87% of potential lost revenue, and new providers produce pretty well right out of the gate, taking only nine months to fully ramp up. When you crunch those numbers, they translate to only $73,000 in lost revenue.

So what’s my guesstimate for hospital medicine? With average collections of $181,000 per year, using the same coefficients as emergency medicine puts the loss at $39,000. But that’s clearly the best-case scenario. A longer vacancy, lower revenue recovery and slower ramp-up period would lead to a much bigger bleed.

And what if remaining providers can’t—or won’t—cover open shifts? The whole thing explodes if you need to offer premium pay, bring in locum tenens hospitalists or reduce your census. Sound familiar?

Final number
Time to tally things up. For hospital medicine, the overall cost of turnover is probably at least $400,000 per provider and could easily be $600,000 or more. Yet another reason to hire well and retain providers for years.

David A. Frenz, MD, is vice president and medical director for North Memorial Health Care in Robbinsdale, Minn. You can learn more about him and his work at www.davidfrenz.com or LinkedIn.