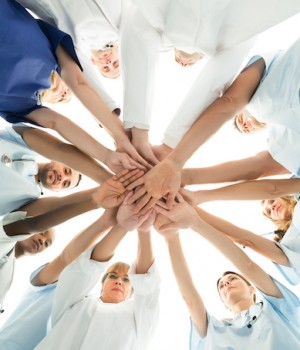 HOSPITALISTS OFTEN COMPLAIN about working weekends, and not just because they’d rather be spending time with family and friends.

Instead, the slim staffing, pared-back ancillary services and lack of specialists on the weekend makes it harder to deliver high-quality care or discharge patients who are well enough to leave. Unfortunately, few hospitals address those issues because of the costs and logistical challenges of boosting weekend staffing and infrastructure.

That may change, however, when hospitals reach capacity or want to drive down length of stay. That’s the situation New York University Langone Medical Center in New York found itself in when hospital executives decided to launch several interventions to lower length of stay and boost weekend discharges.

NYU Langone significantly expanded hospitalist and overall physician coverage on weekends. It also beefed up staffing for a range of diagnostic services, from radiology and cardiac testing to swallow studies.

The facility increased care management and social worker support and put multidisciplinary rounds in place to boost the number of weekend discharges. The hospital even expanded elective surgeries on weekends by increasing the availability of high-demand surgical suites and technologies.

The intervention, which NYU Langone dubbed its “7-Day Hospital Initiative,” succeeded. A 37-month before-and-after study of the initiative found that average length of stay initially decreased 13% and continued to drop 1% a month, at least for medical patients. (Length of stay for surgical patients wasn’t reduced during the study period.)

And by the study’s end, the percentage of total discharges occurring on weekends increased from 19% to 22%, while readmission and mortality rates stayed the same. Results May 2015 JGIM were published in the May issue of the Journal of General Internal Medicine

Anecdotally, hospitalist satisfaction is also up. “In the past, coming in on weekends, you sometimes felt like you were putting Band-Aids on hemorrhages until the Monday hospitalist came in,” says Katherine Hochman, MD, a study co-author and director of NYU Langone’s 30-physician hospitalist group. “Now, we make sure the plan of care gets advanced, and that’s primarily because of the increased availability of services and staffing. Hospitalists now can escalate care when they think things are being delayed.”

Care managers, surgery services
Dr. Hochman admits that NYU Langone hasn’t quite duplicated the level of weekday resources on the weekend, but progress has been impressive. “I can’t say with a straight face that a Sunday exactly equals a Monday now, but we’re approaching that,” she points out. “You can actually get a PICC line on a Sunday now.”

Before the initiative, for instance, the hospital had only a few care managers and social workers on staff for weekend coverage, says Saul Blecker, MD, MHS, the study’s lead author and an assistant professor of both medicine and population health. “And they were basically there for emergencies.” As part of the initiative, Dr. Blecker estimates that an additional four care managers were brought into the hospital each weekend day.

As for the surgeons, he notes, they put up no resistance, in part because the request for increased availability came directly from the administration. The hospital also sold the surgeons on the benefits of working weekends: It makes it easier to schedule weekday procedures, and the surgeons have greater access to OR specialty services on weekends.

“The message to them was, ‘You can do as many robotic procedures as you want on Saturday,’ ” Dr. Blecker says.

Friday handoff rounds
Many of the changes put in place had to do with the hospitalists. In 2012, before most of the “7-Day Hospital” initiatives were implemented, NYU Langone had adopted a hospitalist model in which physicians work either during the week or on nights, weekends and holidays. Weekend coverage is provided by “hospitalist scholars”: physicians who join the group for only a year or two before starting a fellowship. Those doctors also do research with a faculty mentor.

As part of the “7-Day Hospital” intervention, NYU Langone effectively doubled its weekend hospitalist staffing from 6.5 to 12.5 FTEs. It also instituted handoff rounds on Fridays so that incoming weekend hospitalists can connect with their weekday counterparts and meet the patients they’re covering on the weekend.

Weekend hospitalists are now more comfortable taking over the care of complex patients, Dr. Hochman points out. “They know exactly who they’ll see and what their problems are, and they’ve already listened to their lungs,” she says. “Hospitalists are also more comfortable discharging patients on the weekend when they’ve seen them on Friday.” She points out that the weekend hospitalists work 10 hours on Saturday, 10 hours on Sunday and four hours on Friday, so weekend doctors aren’t being brought in on Fridays just for rounds.

Dr. Blecker sees even bigger gains from the rounds than he anticipated when the study began. He says the mentality among weekend care teams has changed from “maintaining the care plan with a focus on ensuring that nothing bad happens” to proactive management.

“The weekend hospitalists and staff are much more involved with the patients because of that face-to-face contact on Friday,” he notes. “There’s much better continuity, and this is something we started seeing soon after we started the intervention.”

Fallout from Sandy
One finding that surprised Dr. Blecker: It remained difficult to get hospitalists and social workers to attend weekend multidisciplinary rounds, which were designed to make weekend discharges easier.

“We assumed that having a hospitalist and social worker on the floor throughout the weekend would mean that more people would show up for the rounds,” he says. “But that didn’t happen.” After several months, one of the hospitalists set up a project to assign rounds times, he explains, “and attendance is up consistently now.”

The study had some unique limitations, Dr. Blecker adds: In October 2012, just months after the “7-Day Hospital” interventions were put in place, Hurricane Sandy shut the entire academic center down for more than two months. The ED remained closed for two years.

“Of course, our patient volumes were down and the case mix changed when the ED was closed,” Dr. Blecker says. The authors decided to view the closure as a time gap for the purposes of data analysis.

Now, the center’s census and case mix are back to pre-Sandy levels. And all of the initiative changes have remained in place since the study ended in January 2014.

According to Dr. Hochman, “We don’t really hear people complaining about the weekends anymore. And we’ve actually added hospitalists to the weekend model to increase our consult availability and our presence in the ED. It’s going very well.” 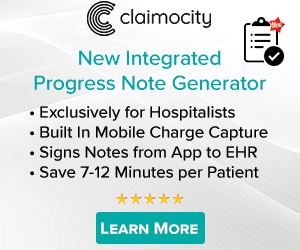 Phyllis Maguire - August 2021
AS HOSPITALIST GROUPS try to emerge from the pandemic, recruiting is again heating up. According to a presentation at this year's Society of Hospital Medicine...