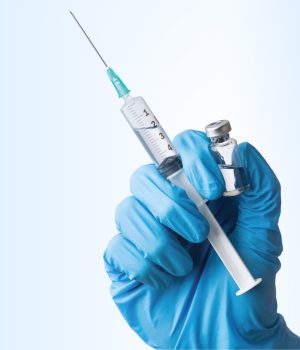 EMINENT ENDOCRINOLOGIST Guillermo Umpierrez, MD, has spent a lot of time and effort over his long career trying to convince clinicians that basal/bolus insulin regimens are far superior to sliding scale to treat most hospitalized patients with diabetes.

Yet several publications he co-authored this summer have, in part at least, repudiated that stance. Dr. Umpierrez was, for instance, lead author of a Journal of Hospital Medicine study published this August with this provocative question in its title: “Who can slide?” That research crunched eight years of blood-glucose data on patients with type 2 diabetes admitted to Emory Healthcare hospitals in Atlanta, where Dr. Umpierrez is chief of diabetes and endocrinology for Grady Health. It found that more than 80% of hospitalized patients with a blood glucose of less than 180 mg/dL who were treated with sliding scale reached target control, making that strategy, the authors wrote, “a viable option.”

Another August 2021 piece he co-authored, this one in Annals of Internal Medicine, summed up his new thinking about inpatient insulin regimens this way: “We have learned that an individualized therapy approach is the best way to obtain good control without increasing the risk for iatrogenic hypoglycemia.”

“We’ve evolved,” Dr. Umpierrez admits in an interview. Basal/bolus, he adds, is indicated for all patients with type 1 diabetes, as well as for those with type 2 diabetes who use the regimen prior to admission— and for patients with severe hyperglycemia. But “most patients who are treated with oral agents and admitted with a blood glucose of less than 180 mg/dL do well with a sliding scale regimen.”

“Look at the patient in front of you instead of adopting a regimen you treat everyone with.” 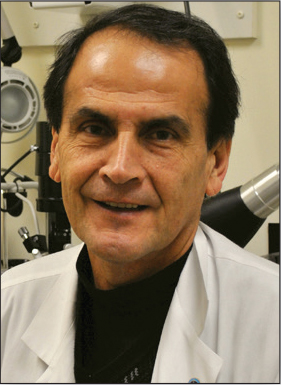 That comes, however, with this strong caveat: “If you use sliding scale in the hospital and a patient has persistent hyperglycemia greater than 180 or 200 mg/dL, it is mandatory to add an additional agent,” he says. “In such cases, administering basal insulin is likely indicated.”

Sliding scale still common
Dr. Umpierrez notes that the evolution in his thinking has been a few years in the making, driven by several factors. For one, it was clear that many hospitalists continued to use sliding scale for their patients, and that those patients didn’t routinely get in hyperglycemic trouble. (In the JHM study based on Emory data, 31% of patients with type 2 diabetes in the hospital were treated with sliding scale. Only 15% of those patients needed to transition to basal/bolus during their hospital stay.) And surgeons continued to insist that they were successfully managing post-op patients with sliding scale insulin when they had a blood glucose of less than 200 mg/dL.

For nearly 20 years, guidelines have strongly discouraged the use of sliding scale and advocated for basal/bolus as the right way to treat non-critically ill inpatients. That recommendation was reiterated in 2012 in inpatient guidance from the Endocrine Society.

But as Dr. Umpierrez’s JHM study points out, a Cochrane review released in 2018 found that there wasn’t enough evidence to definitively recommend basal/bolus over sliding scale in the hospital. Moreover, guidelines were based on randomized trials in which the mean admission blood glucose of patients who were treated with sliding scale ranged between 184 and 225 mg/dL.

Correcting a skewed view
Those percentages also convey what Dr. Umpierrez calls “real-world data” on what’s actually happening with a lot of inpatients with diabetes. For too long, he notes, endocrinologists and other clinicians who staff diabetes consult teams in hospitals have had “a very skewed vision of what hyperglycemia in the hospital looks like.”

In their Annals piece this summer, Dr. Umpierrez and an endocrinology colleague at Emory laid out their new approach to treating patients with diabetes in the hospital. Patients with a blood glucose at admission of less than 200 mg/dL, which typically includes insulin-naive patients newly diagnosed at admission or those with a low-complexity diabetes regimen at home, are at high risk of hypoglycemia. For such patients, he and his colleagues start them on sliding scale insulin and/or, if they can, continue any oral antidiabetic agents that patients are taking at home.

For patients whose blood glucose ranges between 200 and 300 mg/dL, who often are taking more than two antidiabetic agents at home, he gives a daily dose of basal insulin and uses sliding scale as a corrective. (He might also continue patients’ oral antidiabetics.) Dr. Umpierrez and his team now typically reserve basal/bolus (with sliding scale corrective doses) for patients with a blood glucose of more than 300 mg/dL.

He contributed to still another publication this summer, an editorial published online in August by the Journal of the Endocrine Society that accompanied a study on inpatient insulin strategies authored by clinicians in Houston. In the editorial, Dr. Umpierrez and his co-authors pointed out that after 100 years of using insulin in the hospital, “we have not yet reached consensus on best regimens or insulin formulation to manage hospitalized patients with type 2 diabetes.”

But at least, he notes in an interview, endocrinologists are now embracing real-world data on what works in hospitalized patients. And Dr. Umpierrez points out that he and colleagues across several professional societies are beginning the process of revisiting guidelines to perhaps update them.

“We’re going to recommend,” he says, “that you look at the patient in front of you instead of adopting a regimen you treat everyone with.”

Published in the November/December issue of Today’s Hospitalist