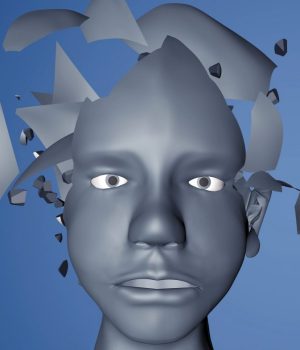 WHEN THE GERIATRICS TEAM at Hartford Hospital in Hartford, Conn., set out in 2011 to combat delirium, team members knew they wanted to improve the bad outcomes associated with the condition and put in place a structured approach to both prevention and treatment.

Eight years later, their launch of the ADAPT (Actions for Delirium Assessment, Prevention, and Treatment) program has realized those goals—and reaped real savings for the hospital. The hospital has seen its number of delirium-attributable days tumble 40%, while delirium-attributable readmissions have fallen 10%. Moreover, a case study of the program published this year by the Institute for Healthcare Improvement found that each case of delirium prevented saved the hospital between $11,000 and $22,000 in costs.

It also turns out that targeting delirium drives a host of other key quality improvements throughout the hospital including reducing urinary-catheter days, falls and hospital-acquired pressure ulcers.

“Delirium increased length of stay two and a half times, from 4.5 days to 15.” 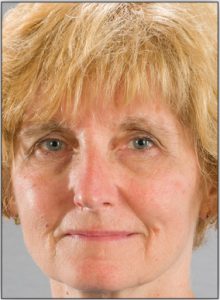 When you focus on delirium,” says Christine Waszynski, DNP, APRN, the hospital’s coordinator of inpatient geriatric services who helped develop the program, “many other components of quality care fall into place.”

A standardized approach
The drive to launch ADAPT began when Dr. Waszynski and Robert Dicks, MD, chief of geriatric medicine, realized that most of their geriatric consults were for patients with delirium who were having bad outcomes. Another realization: “Nonspecialists typically handled most of the usual care around delirium,” Dr. Dicks points out. “And they had no structured approach toward evaluation or treatment.”

Dr. Waszynski and Dr. Dicks knew they needed data to ensure buy-in and to make sure delirium was really as prevalent as it appeared to be. That meant screening every patient hospital-wide (including in the ED) with validated delirium assessment tools. Over six months, the ADAPT team began pulling data from those screens, first by hand and then through EHR-generated reports.

“We found that our numbers were consistent with what was being reported in the literature,” says Dr. Waszynski. “About 20% of all hospitalized patients have delirium, with higher rates in ICU patients and those older than 65.”

Importantly, the team broke the data down by specialty to give each service its own delirium rate. (Rates ranged from a high of 40% among CABG patients to a low of 5% among those with elective joint replacements.) Further, the reports spelled out how delirium affected each department’s length of stay, discharge disposition rates and mortality.

“Delirium increased length of stay two and a half times, from 4.5 days to 15,” Dr. Waszynski says. “Plus, mortality rates for patients with even one episode of delirium were much higher.”

Those reports cemented support for the initiative across the entire hospital, from the top down.

“What other hospitals struggle with when getting a comprehensive program like this off the ground is that they don’t first convince people to add something new to their very busy routines,” Dr. Waszynski explains. Another mistake hospitals make: focusing quality-improvement initiatives on too narrow a slice of the hospitalized population, instead of going big.

“When we add medications, we do so very carefully.” 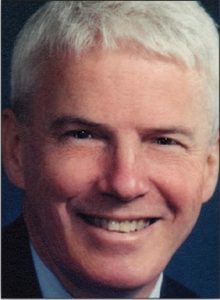 “We rolled ADAPT out hospital-wide, and we had no trouble doing so,” says Dr. Dicks. “Everyone said, ‘This is important, and we’ve got to do it.’ ”

Medications—in terms of which ones not to use or to not discontinue abruptly—also figure prominently in prevention. Doctors are trained, for instance, to not abruptly stop opioids, benzodiazepines, SSRIs or steroids that have been used chronically.

They also learn to avoid or limit using diphenhydramine, lorazepam, zolpidem, metoclopramide, promethazine, prochlorperazine, famotidine and fentanyl in high-risk patients. The IT department fashioned electronic alerts that fire when physicians try to order a medication considered deliriogenic for a patient at high risk.

“The alert not only says that this medication is potentially deliriogenic and can lead to falls, but it goes a step further to list safer alternatives,” says Dr. Waszynski. That’s important, she adds, because “you don’t want to leave providers hanging, or they may go on to choose something even worse than the original.”

As for treating patients who do develop delirium, “We get rid of as many medications as we can, so part of treatment and management is paring away drugs that aren’t necessary,” Dr. Dicks says. “When we add medications, we do so very carefully.”

He says that clinicians avoid benzodiazepines for treating delirium and use mood stabilizers and neuroleptic-sparing agents such as valproic acid. That strategy, he points out, is “being picked up around the country.”

Another component of treatment and management: making sure that the hospitalists treating the condition consult with either geriatrics, psychiatry or neurology for a second opinion if a patient is not responding to the standard of care delineated on the delirium pathway.

“When a patient still isn’t responding and symptoms are still distressing, it’s a team effort to review what we’ve tried and then prioritize what else is worth consideration,” Dr. Dicks says.

Part of “normal care”
According to Dr. Dicks, ADAPT’s success is due to the participation of all hospital specialties and disciplines. The NPs/PAs who own prevention efforts on the units have been particularly helpful.

“What we’ve found,” Dr. Waszynski adds, “is that the more clinicians and staff are exposed to interventions that work, the more those become part of normal care.”

And they are working to create an alert that would fire once specific high-risk individuals are identified through screening.

“Preventive options could then be initiated,” Dr. Dicks points out, but that alert isn’t yet ready for prime time. The risk-profiling literature that has been done on delirium “is still pretty crude,” he notes. “It gives you the large groups of patients we know are generically at risk, but it doesn’t subgroup those very well.”

Instead, the ADAPT team is seeing if it can use the hospital’s own data to generate more specific risk stratification. It’s another key innovation that may grow out of the hospital’s decision to target delirium prevention.

A KEY COMPONENT of the comprehensive program for preventing and managing delirium at Hartford Hospital in Hartford, Conn., is the use of not only patients’ family members, but the hospital’s corps of volunteers. Part of the program’s success, explains Christine Waszynski, DNP, APRN, the hospital’s coordinator of inpatient geriatric services, is giving volunteers structured roles.

“That brings a lot of value to patients,” she says. “The volunteers feel they’re really making a difference.”

Mobility volunteers, for instance, are trained to help patients ambulate, while another volunteer group is trained to feed patients, and still another focuses on older patients who might have delirium or dementia. One volunteer group works with patients on therapeutic activities such as music, puzzles and games.

“Those are some of the interventions we use for delirium prevention and management,” she notes.

Another increasingly important component is using what the hospital calls its Therapeutic Hub, a space previously used for physical therapy. Nurse-run and open four hours a day Monday through Friday, the hub provides multisensory experiences to either increase or decrease visual, auditory and cognitive stimulation. The space, Ms. Waszynski says, is filled with sports equipment, musical instruments, large screens and personalized activities.

First launched with a $20,000 gift from the hospital’s auxiliary, the hub has now received grants totaling more than $100,000. It is also the site of two clinical trials, one funded through the hospital’s medical staff research funding program and the other through a national grant from the Retirement Research Foundation.

“We’re evaluating the impact of these sessions on patients in terms of delirium prevention,” Ms. Waszynski says. “And with patients who acquire the condition or are admitted with it, we want to see if sessions can have an impact on delirium duration, severity and outcomes.”

Published in the October 2019 issue of Today’s Hospitalist. 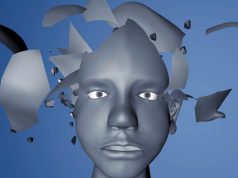