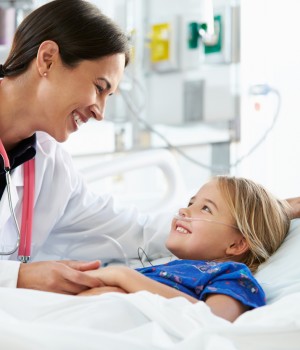 When Douglas Carlson, MD, first started a sedation service for pediatric patients, he quickly realized that he needed to make some changes in his approach.

He had to learn, for instance, to put aside his role as a problem-solver and focus on sedating the patient. “Because of my background in pediatrics,” said Dr. Carlson, who is chief of pediatric hospital medicine at St. Louis Children’s Hospital, “I was trying to come up with a differential diagnosis and treatment for every patient. But this work requires a different mindset.”

Your main priority in sedation has to be patient safety, Dr. Carlson told attendees at a meeting for pediatric hospitalists hosted by the American Academy of Pediatrics (AAP) last summer. “Everything else becomes secondary, whether it’s minimizing physical discomfort and pain, controlling anxiety, or controlling behavior and movement to allow the safe completion of a procedure.”

In his role as the head of the pediatric sedation service, Dr. Carlson shared the following lessons that he’s learned from maintaining the service.

Focus on safety
Most of the patients who come to the pediatric sedation service at St. Louis Children’s don’t need to have their airways managed “anesthesiologists do most of those cases themselves. About 90% of the service’s patients need to be sedated for an MRI or some other type of scan, while the rest typically need sedation for a painful procedure. (About 75% of the sedations the service performs are classified as deep sedations, Dr. Carlson says, while the rest are moderate.)

Even though the service isn’t typically sedating patients for airway management, Dr. Carlson said he and his colleagues don’t underestimate the risk of their work. Even moderate sedation can produce a significant amount of respiratory depression that can be addressed, but only if it’s recognized and treated.

“Keep a high level of anxiety,” he said. “One thing I’ve learned from anesthesia is the compulsive nature of safety.” Because so many of the service’s patients are sedated for elective procedures, Dr. Carlson noted that he is more willing to delay a procedure than if he were working in the ER.

“If a chubby 18-month-old comes in with a cold and the parents say he snores,” said Dr. Carlson, who is associate professor of pediatrics at Washington University in St. Louis, “we may ask him to return in two weeks once the cold has passed.”

Asking a family to come back later for a procedure can be difficult, he said, particularly when they have driven hours for the appointment. But he explained that it’s important to protect the patient, even if doing so may be inconvenient.

Before the procedure
One of the keys to safe sedation is conducting a pre-sedation assessment. While guidelines from the Joint Commission require such an assessment, Dr. Carlson noted that the term is often misunderstood.

Dr. Carlson said that when he conducts a pre-sedation assessment, he asks patients if they have any history of seizures. The goal is not to diagnose the cause of seizures, but to determine if the patient will be prone to one during sedation.

He also asks if the patient has been sedated in the past and if any problems occurred. And he’ll ask about drug reactions, recent lab work and baseline vital signs to trend the patient’s blood pressure.

Be prepared
While the pre-sedation assessment is important, Dr. Carlson said that it’s only the beginning of the preparation to administer sedation. Particularly if you’re working in a room or setting where you don’t normally perform sedations, he explained, preparation is key.

“You can’t assume everything is in the same place,” he said. “If you don’t have the proper mental preparation and equipment, the next sedation could be the one that you’ll regret.”

To avoid problems, Dr. Carlson uses a checklist with the acronym “SOAPME” that helps him make sure he’s not missing anything critical. (See “A pre-sedation checklist,” left.) The checklist is essential, he added, because sedating children comes with its own set of challenges.

“There are times with anxious kids that you make some accommodations and you put them on a pulse oximeter,” he explained, “but you wait to put them on other monitors until you’ve administered some level of sedation.”

During the procedure
Once you’re into the procedure, you need assistance to monitor the patient while you focus on the medication and a procedure, if necessary. Dr. Carlson said his service uses nurses, not CRNAs or NPs.

It’s the nurse’s responsibility, for instance, to tell you that the patient’s oxygen saturation is not adequate, or that you’ve lost a CO2 monitor. “The idea is that you have a procedure that is interruptible so you can tend to the patient immediately.”

For deep sedation, the other provider must have training in advanced life support in the event of airway difficulties. While those skills have not been well-defined by either the Joint Commission or the AAP, Dr. Carlson said he thinks that the pediatric advanced life support (PALS) course is not enough training for deep sedation. While PALS training is used as a proxy from a credentialing standpoint, he said, he doesn’t think it adequately prepares clinicians for problems that can develop during deep sedations.

Techniques for monitoring
When monitoring sedated patients, Dr. Carlson said, Joint Commission standards call for the continuous monitoring of oxygenation, ventilation and circulation. In addition, pulse oximetry and monitoring of heart rate, respiratory rate and blood pressure are also recommended. While he noted that IV access is not required, he said it should be carefully considered.

St. Louis Children’s goes one step farther and uses end tidal CO2 monitoring on every deep sedation. (End tidal monitoring measures the amount of CO2 being exhaled from the patient’s lungs into the endotracheal tube.)

Dr. Carlson said he strongly suggests end tidal monitoring when you can’t directly observe the patient, such as during an MRI or CT. It’s also useful to monitor patients who are fully draped during procedures like a PICC line insertion and can’t be directly observed.

“Any time you lose observational monitoring, end tidal CO2 is essential,” he said. For deep sedation, “end tidal CO2 is the single most important thing I use.” In fact, he said he finds it so useful that he’s begun utilizing it even during moderate sedations.

A sedation-service business model
When administrators and anesthesiologists at St. Louis Children’s Hospital approached Douglas Carlson, MD, about starting a pediatric sedation service, he jumped at the opportunity. Not only does a sedation service provide interesting work, but it makes for good business.

The service, which was started in 2003, administers between six and eight sedations a day, using ketamine, propofol, pentobarbital or nitrous.

The service is available 24 hours a day, seven days a week, with physicians taking call between 5 p.m. and 7 a.m. Because most of the service’s patients need to be sedated for a scan “an MRI or CT, for example “most patients who come in overnight usually wait until the next morning.

The hospital approached Dr. Carlson largely because the anesthesiologists were already busy “and because many anesthesiologists view sedation procedures that don’t require intubation as too basic for them. The ICU was also too busy to take on a sedation service, so it fell to the hospitalists.

Dr. Carlson said that his hunch about the financial viability of a sedation service has proven correct. While the hospital has guaranteed that it will cover the salaries of the sedation service’s clinicians, the day-time service was operating in the black after about a year. (The on-call part of service, Dr. Carlson pointed out, does not meet expenses.)

He added that pediatric sedation services should be able to cover their costs by performing as few as three sedations a day. But he was quick to note that a sedation service can do much more than pay for itself.

His service, for example, brings a tremendous amount of value to the hospital by improving throughput for MRIs, which helps boost the performance of specialties like surgery and neurology. His service is also more flexible than anesthesiology and can offer fairly quick turnaround times for sedation.

While the service more or less exists at the pleasure of the anesthesiologists “Dr. Carlson noted that he “can’t do anything” without that blessing “it has gained some clout with the hospital’s administration because of its performance.

But now that he has shown that a sedation service can be lucrative, will the hospital’s anesthesiologists or intensivists decide they want it? If the anesthesiologists pushed hard, Dr. Carlson said, they could probably win control of the service. After all, he explained, it would be a bit of a leap to insist that hospitalists can do a better job of sedating patients, even when no airway management is needed.

But if anyone else decides they want the service, he added, the hospitalists have a much better chance of keeping it. “We own the service now,” he said by way of advice to pediatric hospitalists who might be considering starting a service in their hospital. “Whoever jumps into the game first has the advantage.”

Degrees of sedation
The following definitions have been adapted from guidelines published by the American Academy of Pediatrics and the American Society of Anesthesia:

Minimal sedation. Patients respond normally to verbal commands, but cognitive function and coordination may be impaired.

Moderate sedation. Patients can respond to commands, but might need some stimulation to do so. No interventions are needed to maintain airway; spontaneous ventilation is adequate. Cardiovascular function
is maintained.

Douglas Carlson, MD, chief of pediatric hospital medicine at St. Louis Children’s Hospital, says he sees some people doing deep sedation but calling it moderate sedation, sometimes because they’ve been prohibited from doing deep sedation. “We need to be honest with ourselves and understand the level of sedation.”

Deep sedation. Patients can’t easily be aroused but respond to repeated or painful stimulation. Respiratory function may be impaired, and spontaneous ventilation may not be adequate. Cardiovascular function is usually maintained. 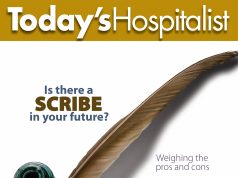