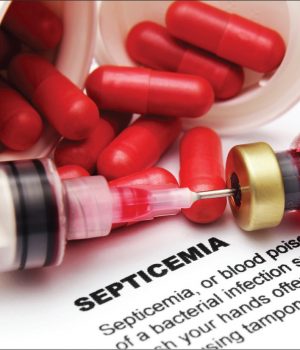 Severe sepsis: Get blood cultures first, then give antibiotics

A NEW STUDY backs recommendations from the Surviving Sepsis Campaign: Clinicians should take blood cultures before administering antibiotics in patients with severe sepsis manifestations. Published in the Sept. 17 issue of Annals of Internal Medicine, the research finds that initiating antibiotics before cultures are drawn significantly reduces blood culture sensitivity.

More than 300 patients with severe manifestations of sepsis presenting to one of seven EDs in the U.S. and Canada had blood cultures taken both before and within two hours after antibiotics were initiated. While 31% of preantimicrobial blood draws were positive for one or more pathogens, that percentage fell to 19% among postantimicrobial draws, a 12% absolute difference.

According to MedPage Today coverage of the study, the question of whether to take blood cultures or administer antibiotics first is a “constant debate” between ED doctors (who want to start treatment immediately) and hospitalists, who first want to culture. An accompany editorial does caution against “unintentional treatment delays.”

Most patients with asymptomatic bacteriuria are still being treated 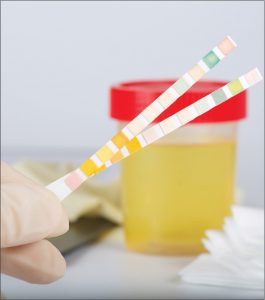 WHILE GUIDELINES recommend against treating asymptomatic bacteriuria in hospitalized patients, that message is apparently not getting through, according to a new study.

Researchers looked at data on more than 2,700 patients with asymptomatic bacteriuria treated in dozens of Michigan hospitals from 2016-18. The authors found that 83% of those patients were treated with antibiotics for a median of seven days. They also found that older age and altered mental status were risk factors for treatment, as was positive urinalysis, which does not define a UTI or require treatment.

Treatment was not associated with any improved outcomes such as better mortality or lower readmission rates. But it was pegged to a longer length of hospital stay: four vs. three days. “Stewardship efforts,” the authors wrote, “should focus on improving urine testing practices and management strategies for elderly patients with altered mental status.” Results were published online in August by JAMA Internal Medicine. 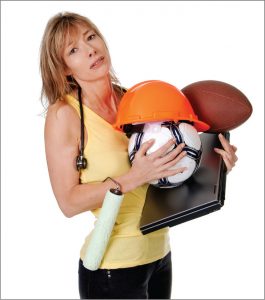 TWO STUDIES in the September 2019 issue of Pediatrics target issues of pay and work-life balance for female pediatricians.

The bad news from one study: Among early and mid-career pediatricians, females made 76 cents for every dollar their male colleagues earned, or $51,000 a year less. When researchers took into account factors that are commonly cited to explain the gender gap in pay, such as part-time vs. full-time status, that gap became 87% of male pay, or $26,000 less.

The wage gap shrank even more when researchers controlled for additional factors such as whether respondents owned their practice or worked in academic centers. Under that analysis, women still earned less: 94 cents for every dollar their male colleagues earned, or $8,000 less a year.

Another study in the same issue found that women pediatricians were more likely than men to report being most responsible for 13 out of16 household chores including cleaning, cooking and childcare. 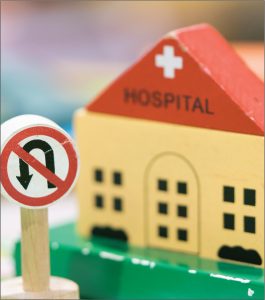 A NEW STUDY published by The BMJ in August indicates that readmission penalties, which were designed to improve discharge planning, may be having unintended consequences.

Researchers found that the advent of readmission penalties has led to higher rates of observation stays and ED visits among Medicare patients who return to the hospital within 30 days of discharge. In a retrospective cohort study, the authors looked at 30-day revisits among more than 3 million index admissions for heart failure, acute MI and pneumonia in 2012-15.

While researchers found no change in patient mortality rates, they did see a rise among those patients in the number of treat-and-discharge ED visits and of observation stays. The authors note that, on a national level, the increased numbers of postdischarge observation stays and ED visits “exceeded the decline in readmissions.”

Researchers from Mayo Clinic recorded nurses’ “worry factor” (their perception of concern about patient deterioration) on a five-point scale. They found that patients were more likely to require ICU transfer within 24 hours if those patients had a worry factor score of more than 2.

Among potential events that nurses identified, 77% proved to be cases of true deterioration. Accuracy rates were significantly higher among nurses who had more than one year of experience.

The authors concluded that nurse worry delivers better accuracy than most early warning scores. They urged nurses’ concerns to be included in EHRs. Results were published in August by JAMIA Open.

How often are you unsure about diagnoses? 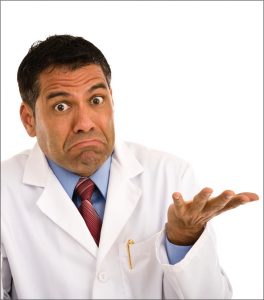 ONE IN SIX DOCTORS admit they make daily diagnostic errors, while more than 50% note that they’re uncertain of a diagnosis every day.

A survey from Medscape asked doctors about diagnostic errors and uncertainty. The poll found that the rate of doctors estimating that they made diagnostic errors daily ranged from a low of 11% among pediatricians to 26% of ED doctors. (Rates for internal medicine and family medicine were 15% and 18%.)

As for why diagnostic errors occur, the top three reasons given were lack of feedback on accuracy of diagnosis, time constraints and a culture that discourages disclosing errors. In terms of diagnostic uncertainly, male and female physicians reported similar rates.

Published in the October 2019 issue of Today’s Hospitalist.