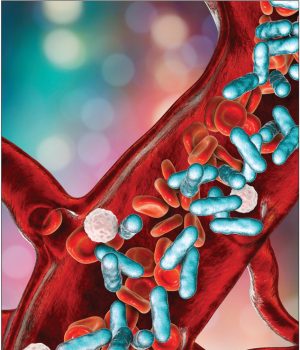 AS IF SEPSIS wasn’t scary enough: The largest-ever analysis of Medicare data on sepsis finds that the rate of hospitalized beneficiaries with sepsis in 2018 was almost twice the rate of increased Medicare enrollment.

The study, which was conducted by HHS researchers and published in three separate articles in the March issue of Critical Care Medicine, looks at sepsis rates for Medicare beneficiaries between 2012 and 2018. Those rates grew by 40%, while Medicare enrollment over that same period rose only 22%. The total annual cost for both Medicare fee-for-service and Medicare Advantage patients for both hospital and related SNF admissions for sepsis jumped over the study period from $27.7 billion to $41.5 billion.

Six-month mortality rates for fee-for-service beneficiaries was about 60% for those with septic shock and 36% for patients with severe sepsis. In a prepared statement, a study co-author noted that he and his research colleagues “were astonished” by the scope of the findings. He also noted that the results had implications not only for patient care but for industry investment and both government and non-government agencies. 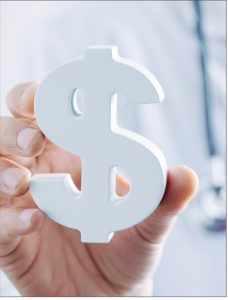 SOME OF THE COUNTRY’S premier hospitals have made the list of facilities that had their Medicare payments cut by 1% this fiscal year. The penalties are due to what the CMS—under the Hospital-Acquired Conditions Reduction Program ushered in by the Affordable Care Act—deems to be excessive rates of preventable conditions and complications. Those include infections, clots and pressure ulcers.

Kaiser Health News reports that this year’s list, which was announced at the end of January, includes 145 hospitals that haven’t been penalized before. Sixteen hospitals have made the list for each of the six years the program has been in effect. Among the preeminent names on the list is UCSF Medical Center, which chalks up its high infection rates to its thoroughness in infection identification and reporting.

While the rates of hospital-acquired conditions have been declining nationwide, the methodology of the penalty program continues to be called into question. A growing number of critics of the program say that the CMS is penalizing hospitals that treat sicker patients. 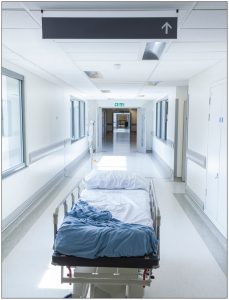 LAST YEAR set a new record for the largest number of one-year closures — 19 — among rural hospitals in the U.S.

That’s according to a report issued in February by The Chartis Center for Rural Health and iVantage Health Analytics. The report found that  a total of 120 rural hospitals across the country have been shuttered since 2010.

But the report also pointed to other factors that affect closures, including workplace shortages and rising drug prices. In addition, the report included nine metrics to use to determine whether a rural hospital is at high risk for closing including occupancy, case mix index, total revenue and system affiliation.

In seven years, the number of NPs has more than doubled 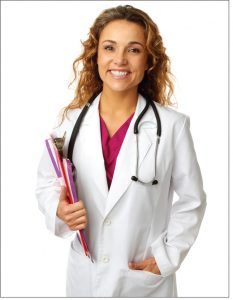 But it may be bad news for hospitals because the unprecedented growth in NP ranks is driving down the number of RNs. A study in the February issue of Health Affairs points out that the RN workforce worldwide has shrunk by 80,000.

Further, many hospitals see new RN graduates leave within only a year or two and go on to a master’s or a doctorate in nursing program. According to projections, there will be two NPs for every five physicians in 2030, compared to less than 1 NP for every 5 MDs in 2016.

Is your conference still on? 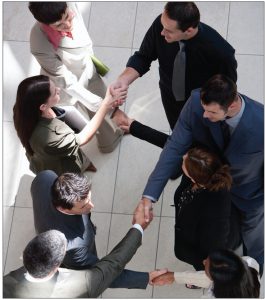 WHILE CONFERENCE SEASON, coronavirus is pushing some meeting hosts to take a hard pass on subjecting attendees to crowded airports, exhibit halls and boxed-lunch lines. Medical and health care conferences both in the U.S. and Europe are being cancelled.

The HIMSS conference, which was scheduled in Orlando for March 9 with 45,000 attendees, decided to cancel after big-name exhibitors began pulling out. The American College of Cardiology also cancelled its annual meeting, and Medscape reports that some health systems—including New York’s NYU Langone Health—are joining corporations around the country in instituting bans on travel, both domestic and foreign, for employees. Those bans include attending meetings and conferences.

The Web site Is it canceled is tracking cancellations of non-medical conferences worldwide, cancellations that are costing local economies hundreds of millions of dollars. As of March 11, SHM’s annual meeting in April in San Diego is still on, but they are keeping members up on contingency plans. Meanwhile, ACP’s, which was scheduled to take place in Los Angeles, has been canceled.

Wanted: doctors to collaborate with startups 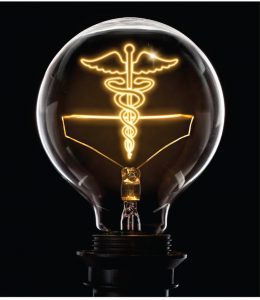 WANT TO ADVISE health care startups or invest in one? A new partnership between the AMA and a crowdfunding site plans to match interested physicians with both tech investors and entrepreneurs.

The RedCrow Hub is a joint online platform that the AMA launched recently with RedCrow, a health care equity firm. Physicians and entrepreneurs can register and create a profile for free, with access to the AMA’s innovation network.

According to FierceHealthcare, that network has already launched a clinical problem database that doctors can use to report clinical challenges. The goal of the new launch: Get more doctors engaged in the early design of health care innovations, allowing health care startups to get feedback from front-line clinicians.

As one source in FierceHealthcare noted, many innovations in health care technology fail because their designers overlook physician requirements and needs.