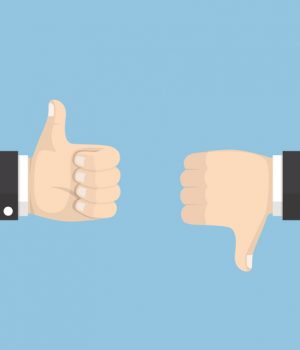 CLINICIANS AGREE that, hands down, the sepsis quality reporting initiative known as SEP-1 is the most complex core measure the Centers for Medicare and Medicaid Services (CMS) has ever required. It’s no surprise that, according to a new study that delved into perceptions of SEP-1 among hospital quality officers, the measure is both fatiguing and frustrating.

But the study, which was published in the December 2017 Journal of Hospital Medicine, also produced this finding: The doctors and nurses interviewed thought that SEP-1 is changing approaches to sepsis in ways that are “likely to improve sepsis outcomes,” the study authors wrote.

“Despite the measure’s flaws, clearly more attention is being paid to sepsis” since health systems have been required to report their compliance with the measure to the CMS, says lead author Ian J. Barbash, MD, MS, a critical care physician at University of Pittsburgh.

“Despite the measure’s flaws, clearly more attention is being paid to sepsis.” 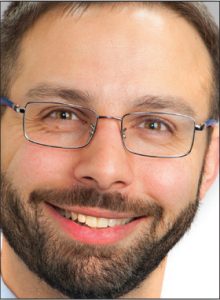 SEP-1 has also helped drive home the urgency of early identification, Dr. Barbash adds, even though early recognition of sepsis isn’t a specific component of the measure. The explicit target of SEP-1, which includes a bundle of clinical interventions, is to have clinicians document those components—antibiotic and fluid administration plus lactate testing, blood culturing, and particular physical exams—as having occurred within three or six hours of a diagnosis of severe sepsis or septic shock. To meet the measure, all the requirements and their documentation have to be completed, and the CMS gives no partial credit.

The challenge of data collection
Although the CMS implemented SEP-1 in October 2015, the agency has not yet set a date to begin public reporting compliance data. Many organizations have asked that such reporting be delayed while they figure out how to meet reporting requirements. They also want the measure tweaked to better reflect evidence and new clinical definitions.

Dr. Barbash and his research colleagues wanted to learn how front-line clinicians and hospitals have responded to the all-or-none measure. They interviewed 29 quality directors at diverse hospitals around the country, asking about the tools and interventions put in place to meet SEP-1. They also asked about clinicians’ perspectives on the measure.

The interventions the researchers heard about ranged from setting up implementation committees and encouraging local clinician champions to hiring dedicated nurses and abstractors to screen patients, develop protocols and review charts.

“One of the biggest challenges of the measure is the volume of work required to abstract and report the data,” Dr. Barbash says. The authors found that data collection takes “almost an hour” per patient and can be much longer for complex cases, especially when sepsis develops during a hospitalization.

An accompanying editorial pointed out that a study published in the November 2015 Annals of the American Thoracic Society found that one academic center was spending as much as $2 million to collect data. Moreover, says Dr. Barbash, researchers learned that no one has been “able to fully automate the abstraction process.”

Inequalities and opportunity costs
Dr. Barbash and his colleagues also heard that hospitals that had been paying attention to sepsis before SEP-1—typically, larger centers with more robust resources—”were already doing everything to be successful” in terms of SEP-1 compliance, he says. But hospitals without much of what he calls “sepsis infrastructure” were finding compliance to be daunting. Because compliance requires resources beyond the reach of many small or resource-poor hospitals, his team concluded that the measure may “exacerbate existing health care inequalities.”

“In small hospitals that can’t devote full-time people to this, quality folks are struggling because they are responsible for multiple quality programs” and this one takes so much time and so many resources, Dr. Barbash explains. In addition, while “big-data” hospitals can pull the data together in-house, smaller hospitals sometimes have to send their data out to third-party vendors for abstraction.

That can be expensive, he points out, and it limits hospitals’ ability to feed compliance data back to clinicians to improve their performance.

There’s also the issue of the opportunity costs needed to meet such a resource-intensive measure. Most of the interventions that researchers heard about require big investments of time and money.

That raises concerns, says Dr. Barbash, “about the degree to which this measure could crowd out hospitals’ other efforts” to improve the quality of sepsis care or of other disease- and process-oriented interventions. It could also lead hospitals to focus on lower-value bundle items. When a hospital has to spend so much time promoting repeat lactate tests or meeting specific documentation requirements, “it’s conceivable that more resource-limited hospitals won’t be able to deal with what happens after the first six hours in terms of recovery and other longer-term issues” related to sepsis outcomes.

Does it improve outcomes?
Then there was the major frustration summed up in one comment researchers heard: “Does that make a difference to the patient?” Some quality officers, for instance, reported that doctors complain that the process measure doesn’t take outcomes into account. Specific requirements around lab monitoring, for instance, may not directly improve patient outcomes.

Physicians are also frustrated by the inflexibility of treatment requirements that don’t allow them to use their clinical judgment to tailor treatment. One example: the measure’s requirements around fluid resuscitation for patients with septic shock. While SEP-1 prescribes a very specific amount of IV fluid, “there is concern that some patients could be harmed by that amount,” Dr. Barbash notes. The measure doesn’t allow doctors “to opt out of doing something for a particular patient.”

Documentation demands were another big source of frustration, making it hard to comply with the all-or-none measure. Failing “to document a physical reassessment or a repeat lactate—neither of which is directly beneficial to a patient—is treated the same as failing to give a patient an antibiotic on time,” he points out. Missing any element is the same black mark.

Dr. Barbash says his aim in doing the study is to help policymakers improve what many consider a flawed measure; such improvement is particularly needed before SEP-1 compliance is publicly reported or linked to pay for performance. He points again to the fluid requirement as an example: A better measure, he says, might let clinicians explain why they gave a particular patient less than the recommended amount. Better yet would be to link the process of administering fluids to actual patient outcomes.

“While some people’s instinct is to just reject” the measure, Dr. Barbash says he draws a different conclusion from his research. “We have a professional obligation to try to make it better in ways that ultimately help us provide the best care for patients.” While SEP-1 “has gotten us to start paying attention to the most important killer of hospitalized patients,” he believes a revised sepsis measure could do better.

Great article! For later follow up to this March 2018 assessment of SEP-1, in July 2018 CMS released thousands of lines of hospital-level data on SEP-1 performance. I’ve collated it here with access to a cloud spreadsheet: http://www.discoveriesinhealthpolicy.com/2018/08/very-brief-blog-cms-releases-sep1-data.html