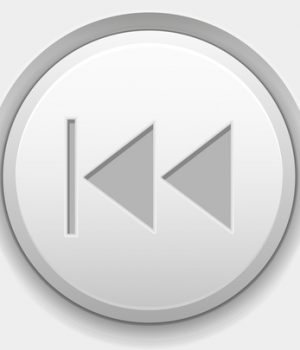 NEW DATA indicate that years of aggressively promoting VTE prophylaxis for hospitalized patients may have gone too far. As a result, hospitals may now need to scale those efforts way back, particularly in low-risk patients.

That’s the takeaway of a new research letter published online in May by JAMA Internal Medicine. The research was performed by the Michigan Hospital Medicine Safety Consortium, a quality collaborative of hospitals in that state working to prevent adverse events in hospitalized general medical patients.

The consortium authors gathered data on nearly 45,000 non-surgical and non-ICU patients admitted to one of more than 50 Michigan hospitals in 2015-16. In patients at high risk of VTE—27% of that total population—prophylaxis was being underused in 22%.

For updated information on DOACS in extended VTE prophylaxis, reducing risk in post-discharge patients, and the use of heparin, read our 2020 VTE Prophylaxis Special Report. 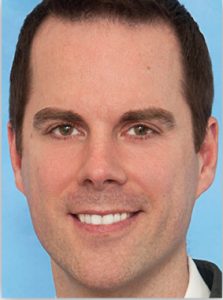 An even bigger issue: Researchers found that VTE prophylaxis had been given unnecessarily to 78% of low-risk patients, despite the advice of national guidelines.

“For the past 10 or 15 years, the mantra has been, ‘Prophylax, prophylax, prophylax,’ ” says Paul Grant, MD, director of perioperative and consultative medicine at the University of Michigan Medical Center in Ann Arbor and a QI consultant and VTE resource expert for the consortium. Dr. Grant was lead author of the research. “One unintended consequence has been that any hospitalized patient is now considered to be at risk, even though excessive prophylaxis isn’t recommended or advised.” Dr. Grant spoke to Today’s Hospitalist.

How is the Michigan consortium working to tamp down overuse of VTE prophylaxis?
The consortium is funded by Blue Cross/Blue Shield, and hospitals enroll in it voluntarily. One of our clinical goals in this VTE prophylaxis project has of course been ensuring that high-risk patients get prophylaxed.

Are guidelines clear that low-risk patients shouldn’t be prophylaxed?
They are, but the guidelines are not always clear on how to define low risk. Part of the problem is that there are multiple risk-assessment models, and only some have been validated in large patient populations.

Guidelines from the American College of Chest Physicians issued in 2012 strongly recommend using a risk-assessment tool, and they mention the Padua Prediction Score. That’s the one we used in the research letter. In our consortium, we also use the Caprini score which was initially designed for surgical patients but has since been modified and used for more patient populations including medical patients.

In terms of high-risk patients who should be prophylaxed but aren’t, you write that at least that percentage—22%—was considerably lower than found in earlier studies. You cite the ENDORSE trial published in 2008, which found that only 39.5% of at-risk medical patients received guideline-recommended prophylaxis.
There’s still room for improvement, and one of the reasons the consortium chose this project was because we knew there were still patients who should get prophylaxis but aren’t.

That may be due to inappropriate or nonexistent risk stratification, patient refusals, or processes in the hospital where doctors order prophylaxis but it doesn’t actually get to the bedside. Many things can go wrong.

But what was more surprising was the high numbers of excessive prophylaxis. We’ve learned that not all hospital medicine patients are equal in terms of risk and that other factors continue to drive patient risk down. Their length of stay, for instance, can be quite short, and more patients now are being encouraged to ambulate frequently during their hospital stay.

What problems could excess prophylaxis cause?
There could be bleeding risk, even with prophylactic doses, and associated costs like patient satisfaction—most people don’t like needles—and nursing time, as well as side effects. Also, heparin-induced thrombocytopenia, although not common, can be a devastating diagnosis.

You write that hospitals may now need to “deimplement” VTE-prophylaxis efforts in low-risk patients. How do you recommend doing that?
A lot is education, but that gets you only so far. Many hospitals, including my own, have been leveraging our EMR, embedding electronic risk stratification to guide appropriate prophylaxis. Many of us in the consortium use the same EMR, so we’ve been sharing how to do that.

Consortium hospitals with very high rates of overusing prophylaxis have formed mentoring relationships with other hospitals that are doing better. And some programs are creating incentives around excessive prophylaxis for their physicians or making it an internal quality measure. Our own group tracks that at both the group and individual level, so twice a year I see our group’s average and my own personal prophylaxis rate in low-risk patients.

Would deimplementation be a real shift in mindset for doctors?
I think it would be. One challenge is that some clinicians seem to believe they need to prophylax everyone.

We feel comfortable recommending deimplementation in low-risk patients because the overall VTE event rate in this non-surgical, non-ICU population is very small. Less than 0.2% of patients develop a VTE in the hospital, and that rate is approximately 1% when you go out to 90 days. We’ve been prophylaxing thousands and thousands of patients, but it doesn’t make sense when we’re seeing numbers in that range.

The one thing I don’t see here is actual outcomes numbers. That wasn’t really their question, but how many people were harmed by non-guideline-driven prophylaxis? i.e. How many people bled? Am I missing this?

Thanks for your interest. The research letter being covered didn’t look at outcomes, only at how prescribing patterns for VTE prophylaxis lined up with guideline recommendations.

Will
Reply to  Today's Hospitalist

Thanks for the answer. I guess my real question is what do we really mean when we say “increased risk of bleeding” with subq heparin or lovenox. If that number is lower than the thrombus in a low risk pt, then I’d still say give it to a low risk pt. That said, I don’t practice that way.

Not surprised, just like the current opioid crisis epidemic.

A. Brooks Parker, Linked In

Fend of the CMS henchman!

One of the hospitals I’ve been working in recently (as a hospitalist) has embedded the risk stratification in the order set – Cerner. I have “anecdotally” noticed myself ordering FAR less LMWH prophylaxis doses. (At the other end of the bell curve, I worked for three years in a hospital w/ a very primitive/old Meditech EMR – it took > 5 clicks, and addl. text additions NOT to order it on a patient (there was a hard stop on ordering anything else for the patient). I usually had 12-24 admissions per shift – I could not afford the extra clicks/text… Read more »