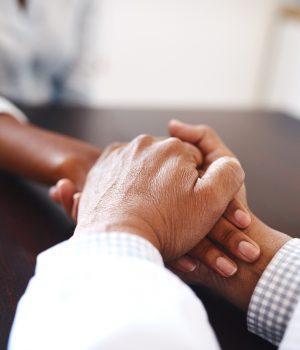 FOR HOSPITALISTS, tough conversations with patients about serious illness is a daily fact of life. Survey results published by the Journal of Palliative Medicine in September 2017 found that more than half of responding hospitalists (53%) reported having to interact on either most shifts or every shift with at least one patient or family member who didn’t understand a patient’s prognosis.

“Sharing bad news about prognosis is something we deal with a lot,” said Steven Pantilat, MD, chief of the division of palliative medicine at the University of California, San Francisco (UCSF). He was speaking at last fall’s UCSF hospitalized patient conference.

It’s also critically important. “Sharing prognosis is fundamental for patients’ decision-making because we would all live our lives differently if we knew we had only one year left,” Dr. Pantilat said. Those discussions can also help reduce patients’ uncertainty about their future and “create an intimacy between the doctor and the patient.”

” ‘What do you hope for?’ It’s a remarkably helpful question that gets at the essence of what matters to people.” 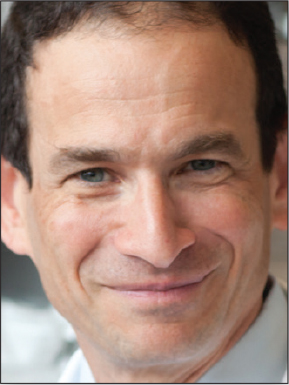 But that’s only if physicians pick the right words to say. Dr. Pantilat shared examples of the language he uses.

Talking about time
Prognosis breaks down into three key elements: time, function and unpredictability. But even when patients ask him for any of that information, Dr. Pantilat said he first asks their permission before he proceeds: “Are you interested in what the future may hold?’ or “Are you interested in the time you have left?” That’s because some patients don’t really want to know.

When addressing time, Dr. Pantilat talks about ranges: hours to days, days to weeks, weeks to months, months to a year.

“I don’t pretend to have some kind of crystal ball, and patients don’t expect an exact timetable,” he noted. “But a range gives them a lot of information.”

Discussing function
For patients, their function and what will happen to it as their disease progresses are often what they want to know about the most. For physicians, assessing function is also key because “it is the best predictor of mortality,” Dr. Pantilat said.

He relies on several function performance scores, including the ECOG (Eastern Cooperative Oncology Group) and the Karnofsky. The Karnofksy score was developed as a measure of functional status for people with solid tumor cancer, and it ranges from 0% to 100%, with 100% being normal. “Fifty percent means that a patient spends more than half her waking hours in a bed or chair,” he noted. “That is associated with a two-to-three-month prognosis.”

When talking about function, Dr. Pantilat again relies on “worry”: “I say, ‘When you think about what lies ahead, what worries you the most?’ ”

When patients say they worry they won’t be able to work or stay out of a nursing home, he responds: ” ‘I hope you can maintain as much independence as possible’ “—adding that “hope” is another key word to use. ” ‘I’m also worried you may get weaker over time and not be able to live on your own. So let’s talk about that.’ ”

It can also help to let patients know their world will shrink as they become more ill.

“I tell them they may get out of their home or bed less, eat less, and be less interested in people and events around them,” he said. “That preview helps normalize the experience of illness.”

Unpredictability
Addressing how unpredictable an illness can be “may help reduce patients’ uncertainty a bit,” Dr. Pantilat noted. Many seriously ill patients, for instance, expect their illness to continue the way it’s going. Or they suspect they will gradually get worse “without a clear sense of how it all ends.”

He tells patients that “things can happen suddenly.” Some studies, for example, indicate that one-third of all patients with heart failure—at least those without an ICD—die suddenly in their sleep. That may be welcome news because “most patients tell me that’s how they want to die,” he pointed out. “But it’s a total freak-out for the person waking up next to them.” Patients’ partners appreciate hearing about that in advance.

Dr. Pantilat also asks patients what’s most important to them so they can prioritize the time they have. “Again, I use the word ‘hope,’ ” he explained. “I say, ‘When you think about the future, what do you hope for?’ It’s a remarkably helpful question that gets at the essence of what matters to people.”

Patients typically hope for a drug to wipe out their illness, but then become very practical: They hope to attend a grandson’s soccer game next week, a high school reunion next month, a daughter’s wedding 10 months away.

When you hear hopes that are extremely unlikely, given the severity of illness, “try not to be incredulous,” Dr. Pantilat said. Instead, he uses a third powerful word: wish.

“I say, ‘I wish I could say with certainty that you’ll make it to that wedding,’ ” he noted. “That puts me on the same side as the patient. But I follow up with, ‘And I worry that something could happen suddenly’ “—making sure to use the word “and” between those two sentences, not the word “but.” As he pointed out, using “but” would serve to negate his first “wish” statement.

Where not to go
One response doctors shouldn’t learn or use: When patients tell you, “I don’t want to die,” do not counter with, “Well, everyone has to die someday.”

Physicians often blurt out just such kind of comment because they don’t know how to respond or because they feel “almost nihilistic” when discussing a bad prognosis, Dr. Pantilat said. “We sometimes feel it’s our job to cut through patients’ denial and make sure they get it.” Instead, “I think it’s our job to be kind and to let patients know we’re on their side.”

Dr. Pantilat said his response to “I don’t want to die” is, ” ‘Of course, you don’t, nobody does, and this is really lousy.’ It’s honest and real, and it acknowledges how terrible this experience is.”

He then follows up with, ” ‘I wish we had other treatments that could treat your illness. Let’s think about what we can do to help you feel better.’ That fosters rapport and makes it easier for them to hear other things you may be able to tell them.”

WHEN DISCUSSING prognosis with seriously ill patients in the hospital, Steven Pantilat, MD, admits that he used to get frustrated with the specialists who treat those patients as outpatients. That was particularly true when hospitalized patients didn’t seem to grasp how ill they really are.

“I’ve often thought, ‘How did prognosis never come up during outpatient visits?!’ ” said Dr. Pantilat, chief of the division of palliative medicine at the University of California, San Francisco (UCSF), during a presentation last fall at UCSF’s hospital medicine conference.

However, he told audience members that he’s had two realizations that have helped him care for patients—and have compassion for specialists. The first: What doctors say may not be what patients hear. “Sometimes, it’s just overwhelming, and patients can’t hear all the information. Or they lock on the only piece they want to hear.”

Second, being hospitalized “is a crisis moment for people with serious illness.” Something dramatic—new metastases, bleeds, shortness of breath—has happened to get them admitted. “This is an opportunity for them to hear about their prognosis in a way they haven’t before, and it’s now important to let them know that things are different.”

Hospitalists also get understandably frustrated with specialists when hospitalized patients ask if they’re eligible for another round of chemo or a clinical trial.

“I tell patients that I’ll ask their specialist because I don’t know,” said Dr. Pantilat. “But then on the phone, the specialist will say, ‘Maybe, send them to the clinic and we’ll talk.’ The problem is the patient seems so sick that you have no idea if she’ll ever make it back to the clinic.”

But even in those cases, Dr. Pantilat said he cuts specialist colleagues a lot of slack.

“They don’t give chemo to people who are too sick to come to clinic, but they may to those who can,” he pointed out. He appreciates that oncologists may not want to close that window even on very sick patients. That’s because about 30% of cancer patients may do well with immunotherapy.

What he tells patients: ” ‘I talked to your oncologist. We all wish there was a treatment, and I’m worried you’re too sick for more chemo.’ ” That statement leaves the door open for possible treatment if patients rally.

Dr. Pantilat also works to convince patients to take advantage of the benefits of hospice while they’re waiting to see if they’ll be well enough for further treatment.

“I tell them that they can go to clinic later if they feel better and that they can always dis-enroll from hospice if they end up having further treatment,” he said. “I also let them know that hospice can make them feel better enough that they may be able to go.”

Published in the January 2020 issue of Today’s Hospitalist.