AT FIRST GLANCE, a template may be hard to get excited about. But that’s exactly what Jack Dressen, MHA, director of hospital medicine at HealthPartners in Minneapolis, conveys when speaking about the template his organization uses company-wide to tackle any project or problem.

Referred to as an “A3,” the template—both in its electronic and paper forms—breaks down into nine sections that all fit on one page. (See “Template breakdown.”) It’s designed to succinctly spell out the problem being tackled, its root causes and current condition, and what future solutions would look like. While the A3 has been used throughout HealthPartners for years, Mr. Dressen says its adoption really kicked into high gear 18 months ago.

“That’s when our new CEO arrived, and she’s pushed for the standardization of work,” he explains. “With this template, everyone now works off a common format and language. You can walk into any meeting—clinical or nonclinical—with an A3, lay it on the table and have everyone understand what your workflow has been to date.”

The benefit of brevity
When tackling any quality or process improvement project, Mr. Dressen points to this major advantage of relying on an A3: “Having a template takes a lot of the emotion out of the conversation.”

“Having a template takes a lot of the emotion out of the conversation.” 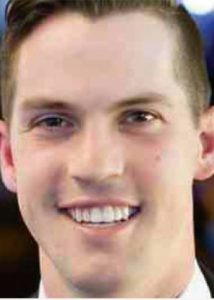 People use it to map out where a current problem lies and where they want to get to instead. That turns out to be a much more constructive approach than “walking into a meeting and going on about a bad experience three weeks ago that you can’t let go of.”

Another big benefit is the template’s brevity: It’s designed to allow people to digest its contents in only a few minutes.

“We can refer people to more detailed documents if we need to” about any given project, he says. “But the only person who’ll read a 10-page document is the one who typed it up. We don’t want people opening documents that they’ll never read to the end of.” To make an A3 even easier to digest, visualization—using fishbone diagrams or value-stream mapping to represent current and future statements—is strongly encouraged.

Because it is so concise, the template works for initiatives of any size. Group or project leaders use it for projects that may take only a couple of days or weeks to complete, such as how to change hospitalist scheduling or manage their mailboxes.

But the same template also works for projects that take three or six months or longer. In a year, says Mr. Dressen, HealthPartners’ hospital medicine division will fill out four or five A3s for big strategic projects, as well as a couple dozen others for small ones.

Figuring out the real problem
The most important A3 section is the problem statement, Mr. Dressen explains. “We may dedicate a full meeting with the whole group to just define what the problem is.” That’s because it often takes some research and observation to really discern what the true current state of a problem may be.

He gives this example: The hospitalist group wanted to figure out how to better define the roles of other specialists when patients were transferred in after hours or on weekends. But when it came time to map out the current state on an A3, the hospitalists realized the real problem was much more upstream.

“Patients being referred after hours weren’t going through a standard intake process,” he notes. “Overnight nursing staff weren’t using a standardized template to get standardized information, so it wasn’t at all about which doctor we should contact. We had to start focusing on problems much earlier in the process.”

To help people interested in quality work learn how to use an A3, HealthPartners offers a six-month course, with participants meeting four hours every month and doing a pilot project. Executives, directors and managers have all taken that course, as have many frontline clinicians.

But even physicians who haven’t gone through that training are urged to take on project leadership or participation—and to get comfortable using the template.

“We encourage people to use an electronic form or to begin to fill one out in pencil so we can edit it,” says Mr. Dressen. “People are welcome to grab me and ask me to take a look. And even if they come to a meeting with a half-filled-out A3 or just a couple of words in each box, it’s a good starting place.”

Toward a new scorecard
The template doesn’t include space for the number of hours a project takes or for estimated costs. “We don’t measure FTE amounts because much of the work is prioritized by our department leadership,” Mr. Dressen says. “Our thinking is: If it’s a priority, let’s just get it done.” When a team does get together to tackle a particular project,” we help clinicians understand what type of time commitment we’re looking for and what they’re willing to make.”

In the future, the division wants to use the finished A3s from bigger projects to create a scorecard that includes some of the high-level outcome metrics they’ve achieved. One recent project, for example, redesigned how patients are admitted to the floor from the ED.

It used to take between 19 and 35 minutes for a hospitalist to accept a patient from an emergency physician, a lag time that’s now been cut to between eight and 10 minutes. That’s the kind of metric that Mr. Dressen says he’d like a scorecard to include.

In the meantime, “we can go back to the A3 and see if we’ve been able to sustain the changes that we wanted to make. It’s a good historic record of the work we’ve done.”
Phyllis Maguire is Executive Editor of Today’s Hospitalist.

Template breakdown
THE ONE-PAGE A3 template used throughout HealthPartners, the Minnesota-based health system that has eight hospitals, is broken into nine sections. Here are those sections, with some notations from the organization’s “How to” guide to filling out an A3:

1. Project title: This is listed along with sponsors, team members and leaders.

2. Problem statement: Considered the most important part of the A3, this section is where project members spell out the gap between the current and the target condition, using measurable specifics and a timetable.

3. Scope: What areas and/or processes are considered in scope, and what’s out of scope and off limits for the purposes of this project?

4. Target statement/aims: Those filling out the A3 are asked to limit their list to between three and six outcomes they want to achieve.

5. Background/current situation: A3 users are encouraged to diagram the current process and to “speak with data” whenever possible.

6. Problem analysis: Users may want to incorporate the “five why’s” or similar analyses to get at root causes.

7. Future state/solutions: As the “how to” guide puts it, “Visually show how the process will be different in the future state.”

9. Follow-up: Explain how gains will be sustained, with space to include the key measures and dates of pilot metrics.