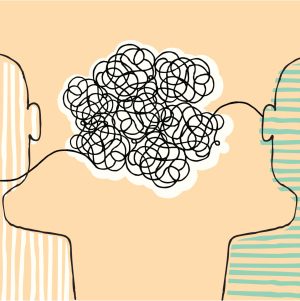 EMILY SILVERMAN, MD, has always had a creative bent. Dr. Silverman, who finished her residency last June and began practicing as a hospitalist at Zuckerberg San Francisco General Hospital last fall, was always interested in the visual arts, majoring in college in the history of art and architecture before veering into creative writing.

“What ties them all together,” she says, “is storytelling.” But while Dr. Silverman has always wanted to be a doctor, she came out of her intern year feeling as if her “creative spark had been smothered.”

“That year drums the humanity out of you,” she says. “It’s necessary to become a doctor, to put some distance between yourself and your patients, but it can feel very scary. I knew I wanted to make a deliberate effort to reignite that creative self.”

“I realized how much we needed a sense of community.” 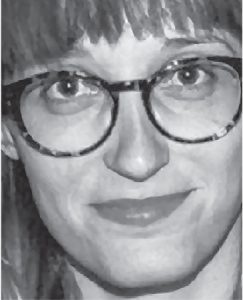 After attending a live storytelling event, she had an epiphany: “This is what we should be doing in medicine.” In January 2016, she rented a tiny venue in San Francisco for $90 and pressured her fellow residents and social-media contacts to attend. That first storytelling gathering brought together 40 physicians, and The Nocturnists (the name she gave the event) was launched.

Two years later, Dr. Silverman has produced nearly a dozen events; last month’s was in a theater that holds 360 people and sold out weeks before. (She also launched a podcast this year.)

Each event features eight or nine storytellers, all health care professionals, most physicians. While producing the programs did revive her creativity, “it wasn’t until the events started snowballing that I realized how much we also needed a sense of community,” Dr. Silverman notes. “Once everyone was in the room, I saw how important these were as a community-building exercise that combats burnout.”

She’s also convinced that storytelling makes doctors better doctors. “The buzzword is ‘narrative competence,’ ” she explains, crediting Columbia University’s Rita Charon, MD, for spearheading the narrative medicine movement. “The MCATs focus on your ability to solve chemistry problems, but can you hold your own in a room? Can you have a conversation and actively listen? Relationships are what bring joy to practice.” The more joy doctors have, Dr. Silverman adds, the more emotional energy they have to spend on patients.

Now, when she calls for submissions for upcoming events, she gives prospective storytellers a list of guidelines: Make sure your story has a beginning, a middle and an end. Don’t pretend to be a hero, and tell us how the encounter changed you or what you learned.

And rule No. 1: Put yourself in the story. “Even when doctors write patient notes, we use the passive tense: ‘The decision was made,’ not, ‘I decided.’ ” Dr. Silverman points out. “We’re so removed in clinical encounters that it takes some training for us to feel comfortable putting the focus on ourselves.”