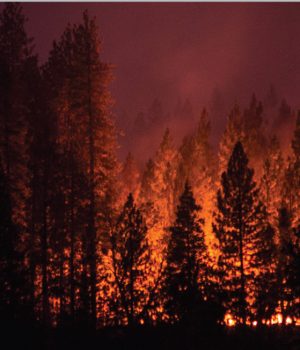 AT 1:45 A.M. on Monday, Oct. 9, Mark Shapiro, MD, was awakened by his wife: She’d noticed a red glow behind the mountain in Santa Rosa, Calif., where both they and his parents live. The fires that would engulf parts of Sonoma, Napa, Solano and Mendocino counties for more than a week, killing 42 people and laying waste to more than 250 square miles, had started only hours before and were being fueled by high winds.

Dr. Shapiro helped evacuate his family an hour south, then headed back to Santa Rosa Memorial Hospital where he’s the medical director of the hospitalist program.

“You realize that hospitals and schools are these community touch points in a disaster, so that’s where you go,” he says. “People from the community were already milling around in the hospital cafeteria, and you could tell they were displaced or homeless.”

“Every service line had teammates who were displaced or lost their homes.” 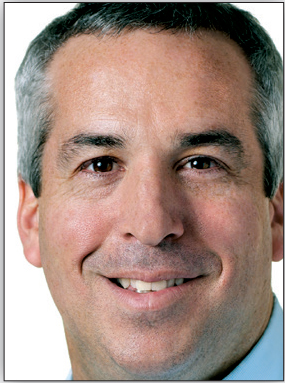 That was the first in a long series of days in which Santa Rosa Memorial remained the only major hospital in the region that would stay open and could provide services, its weekly census jumping from 700 to 1,200. All the while, “every service line was affected, from doctors and nurses to case management, environmental services and administration,” says Dr. Shapiro. “Everybody had teammates who were displaced or had lost their homes.” He spoke with Today’s Hospitalist.

How were you able to manage workloads and scheduling?
Thankfully, text messaging was still available, and the cell networks were still up. So beginning at 3 a.m. that first morning, we were able to rapidly determine where everybody in the group was and who was available for work.

Many doctors couldn’t report to work immediately because they had to emergently evacuate, so ED and ICU physicians pitched in. Over the course of that week, we made sure to build in redundancies for staffing, especially at night. One night, the physician who was supposed to cover had to leave to evacuate, so another physician and I split that shift.

It helped that the hospital’s command center opened immediately and did a great job throughout of coordinating resources, working with people who wanted to come and help, and getting information out. The center sent out two e-mails a day, and we also had everyone download Nixle on their phones, which is an app with alerts from public agencies.

The command center also helped quash a lot of rumors: “We hear Memorial is being evacuated! No, we’re not, we’re fine. But there’s a new evacuation zone! Yes, that’s correct.” It’s important that everyone gets the same information at the same time.

What kind of disaster training had you had?
I think every hospital plans for whatever natural disaster it may be most at risk for—which, in our case, is an earthquake—and then for a mass casualty event. Preparing for a wildfire is really difficult because the disaster itself continues for days and is ever-evolving.

On day 4, for instance, we had another huge evacuation announced, with a whole new cohort of staff and docs being displaced with 30 minutes to get out of their homes. So the tempo stays really high for a long time before you can move into the recovery phase.

The big challenge for the hospital was never the fire, but the air quality. We needed to get scrubbers and air filters in very quickly and, fortunately, we had engineering firms throughout the Bay Area that brought filters in. We also had hospitals throughout the region saying, “Send us your patients, no problem. Just send them,” and doctors from other hospitals arrived to help. You realize quickly that you live in a high-functioning society and a high-functioning medical community.

What is it like now practicing  in a community where so many people’s  lives have fallen apart?
It remains difficult and emotional. I grew up here, so this is my hometown and it’s deeply personal. There’s a whole new dialogue now when we interact with patients and families. It’s not just, “How are you doing?” in terms of a pneumonia, but “How’s your family? Do you have a home?”

With nearly 6,000 homes destroyed there, recruiters from around the country are reaching out to local doctors, trying to get them to relocate. How is the medical community dealing with this housing crisis?

Our home was OK, but one in six Sonoma County physicians lost their homes. So getting people into housing now is the major challenge, and it has been very complicated. As the holidays come and the weather gets colder, it’s going to be increasingly difficult.

The hospital is making every effort to get people settled and comfortable, and the response from the community has been overwhelming. The hospital is maintaining a hotline that’s matching displaced and homeless staff and clinicians with places to live. The hospital has also turned an old medical building into apartments, and it’s working very aggressively with the community in terms of development.

This next phase is one I don’t think anyone can anticipate, and there is no playbook for such an unprecedented disaster. I know hundreds of people who’ve lost their homes, but we’re not leaving. Everybody who moves here stays here, and we want to rebuild.

What lessons did you and hospital  staff come away with?
First, you cannot over-communicate in a disaster. It’s not just having one level of communication; you need multiple, redundant layers because you don’t know which ones will be operational. So it’s having your e-mail, texting and cell phones, responsible social media, a pager system up and working, apps that deliver accurate public information, figuring out which radio station everyone should tune to. Having all those different layers is essential.

And while the disaster is ongoing, have a process for everyone to sound off with “Are you OK? Where are you? Can you come to work?” We were able to do that through texting, and we’ve talked since about how we’d check in with one another if we couldn’t text in the event of another disaster. But the biggest takeaway is having a communication structure that’s flexible, redundant and reliable.