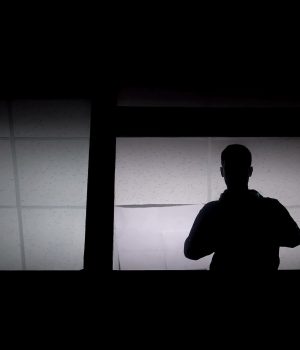 AS A HOSPITALIST, I believe that good communication with patients and other providers is paramount. I perennially preach teamwork to my fellow hospitalists, and I’ve facilitated training to improve our ability to have difficult conversations. I’ve even spearheaded un-blinding our group’s “Physician Communication” Press Ganey and HCAHPS scores.

But I was recently humbled by my own communication shortcomings and reminded that we work in a very complex system. That’s because I was the subject of a professionalism-related complaint by a patient safety assistant (PSA), also known as a “1:1 sitter.”

A tough patient
The complaint stemmed from my care of a patient with very challenging medical and psychosocial issues. To reduce handoffs and minimize the patient’s verbal abuse of staff, I took over his care—and was able to build a bond with him.

I followed the apology with a “thank you” for illuminating how a hidden bias can be so ingrained.

Listening to his stories and laughing at his jokes, I could persuade him to take his meds. And on his psychiatrist’s recommendations, I continued using various bargaining chips to build trust, something I discussed with his nurses and family.

Those included bringing him a Wawa coffee (it’s a Philadelphia thing) and wheeling him outside once a day to let him smoke a cigarette in return for letting us do his blood work. Sitting with him while he took a few drags and told me a few dirty jokes was, for a man who’d lost almost everything including his mind, perhaps the best treatment I could offer.

Trying to break the tension
The day of the complaint, my physician assistant had found the patient angry and agitated during pre-rounds. He’d reportedly threatened to kill her and to come back to kill us all unless we let him out immediately.

I went to see him, hoping I could calm him down, telling him he needed to be nice to the staff and to take his meds or else no cigarettes or coffee. When he continued to yell that he wanted out, I tried a “verbal judo” technique (formal training our staff had recently undergone) of joking with him and telling him he needed to give me a break. I also responded that, hey, we all want certain things but can’t always get them.

Here was my mistake: To drive home that point, I used a lewd example of an unmet want that many men might relate to. It broke the tension and even made him laugh.

Crossing a line
The next afternoon, my cell phone rang. It was our hospital CEO. He told me that the PSA/sitter—who had been in the room during my “can’t always get what you want” rap—had written me up for being disrespectful to the patient, not providing appropriate care and using foul language in front of staff. Apparently, the sitter, a man in his 20s, found my attempt at humor personally offensive.

I fessed up and said that, although it seemed the right tactic at the time and safe with two adult men in the room, I probably should not have said what I did. Further, it was definitely not my norm, and it would not happen again.

I felt a predictable mix of emotions—anger, hurt, a sense of betrayal, shame. While I knew on some level that I had probably crossed some boundaries of decorum, it was serving a larger good, or so I thought.

I also thought of how the phenomenon of reporting someone had gotten to the point that we now pejoratively use the word “Midas”—the name of our proprietary event-reporting system—as a verb to indicate writing someone up or being the one written up. I wondered if, to avoid under-reporting, we have over-corrected and now encourage over-reporting as an easier path than confronting an alleged offender face-to-face, in the moment.

I typically am very careful about the language I use, especially in mixed gender settings. And if I feel an unconventional approach might be justified, as with this patient, I usually explain it in advance so no one is shocked. But on this occasion, my comment bubbled out without any deliberation.

Not seeing the team
I flashed back to an ophthalmology rotation when I was an intern. I walked into this famous ophthalmologist’s office, saw him from the back and I noticed that his hands were shaking with a remarkably coarse tremor.

I wanted to jump up and stop him. But I didn’t, and to my amazement as soon as he got close to the patient, his hand tremor stabilized. I couldn’t imagine that he might turn to me and say, “Don’t mind my shaking hands; trust me, and things will be fine.” I realized that, to the opthalmologist, I had been invisible, like a piece of furniture or a part of the wall.

I also realized I had treated the sitter the same way. I hadn’t given him any advanced warning that things could get rough—or, truthfully, any attention at all.

Sometimes, I deliberately don’t engage with sitters because patients are often angry that they even need them. I know from in-house data that their presence has helped reduce our fall rates, lowered our use of restraints and probably even prevented some suicides. But I’ve never discussed a care plan with a sitter as a way to improve patient care. Despite all my talk about teamwork and improving communication, I failed to realize that the care team is bigger than the colleagues and staff I work with every day.

I didn’t apologize for the way I managed the patient because I believe the strategy was sound. But I was sorry for the way I made him feel and the fact that I didn’t include him in my plans or give him a heads-up. Maybe I could have simply suggested that he step out for a minute, and my failure to do so—which offended him—ultimately diminished our interaction.

I followed the apology with a “thank you” for illuminating how a hidden bias can be so ingrained. I never wanted to be written up, but you can’t always get what you want. In this case, I got what I need.

Published in the December 2019 issue of Today’s Hospitalist 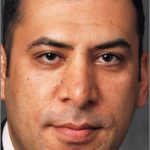 Kevin Sowti, MD, a hospitalist, has tried and will continue to try to reduce suffering on multiple fronts in and around the western Philadelphia suburbs.

The problem was not with patient management – it was due to immaturity and generational hypersensitivity of a 20-year-old male sitter with no life, and stuck in a job they probably hate. Those unfortunate creatures attempt to control everything they can in their small worlds and try to peg everyone else into their teenage logic. They also try to take everyone down a notch because others have the prestige and power they will probably never have. I am happy you found a way to resolve the patient issue in spite of the barriers the hospital allows to be placed in… Read more »

It’s the new norm. Don’t let it bother you. But do make sure your insurance covers not only malpractice but board and administrative complaint defense.

It’s never appropriate to use foul or lewd language in patient care. If you can’t say it in church or the the fourth grade don’t use it with a patient. It places the physician at risk and serves no real purpose. Don’t bribe patients with coffee and don’t take them out to smoke. Crossing boundaries just confuses roles and leads to misunderstanding. No good deed goes unpunished.
Smile. Be kind and polite and professional and save your humanity for friends and family. To do otherwise places you at risk and there is no real benefit to the patient.

Part of communication is communicating at a level that the patient understands. This is not necessarily disrespectful if it is how the patient normally engages. I once explained a diagnosis and treatment plan in layman’s terms but when I asked if the patient had any questions he asked me to speak “English.” I then asked what he did for a living, realized that he was likely illiterate, and then explained his condition in terms relatable to his profession. He appreciated that greatly. A Psychiatry attending once confessed that he enjoyed working with the vets at the VA and that he… Read more »

I had a similar incident with a student nurse in room. I don’t know how much she understood what was going on. She overturned my DNR discussion. It was quite fascinating. She wrote me up saying patient did not understand the DNR talk. Best policy: “step out of room.”

Thanks for sharing your experience. My suggestion, have the sitter step out – do your doctor thing – and when you’re done – bring the sitter back in the room. The sitter, just like the people who deliver meals, has no business to be at the bedside during the healthcare interaction.

I had a more troll-ish reply started.
I have backed off that post, but this piece is mostly navel-gazing and virtue signaling.