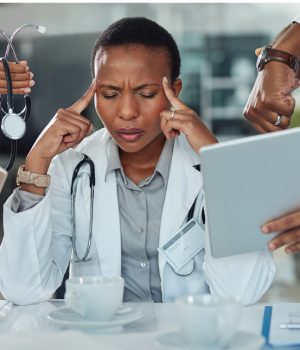 EVERY HOSPITAL GROUP knows the high price — in terms of money and the hassle of being short-staffed and overworked — of outsized physician turnover. And turnover, unfortunately, is a constant reality in hospital medicine.

“There’s a high degree of turnover in the specialty as a whole,” points out Dean Dalili, MD, MHCM, the Houston-based president of hospital medicine for Envision Healthcare. “Nationwide, it’s greater than 12%.”

Multiply that rate across the more than 800 hospital medicine and emergency medicine groups that Envision staffs across the country, and turnover is clearly a big problem. Dr. Dalili and his colleagues realized that the risk of doctors burning out or experiencing other work-related problems was particularly acute when they started in a new program.

“We noticed a group of physicians who were struggling but who, with appropriate support, could be successful,” Dr. Dalili says. “But we didn’t really have any organized plan or program.” Instead, a site director or hospital administrator would call to say that a physician was having trouble staying engaged or that nurses or patients were complaining about a clinician’s lack of communication or relationship-building skills.

“There’s a lot of value in having feedback from someone who’s there to be supportive.” 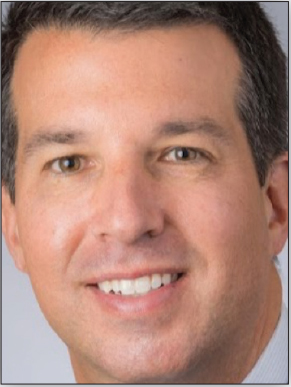 “Sometimes, we’d be notified in advance, but other times it was too late to do anything,” he notes. “At that point, the CEO or CNO would say, “We think it’s best to remove this individual from the schedule.” ”

But as Dr. Dalili explains, “Envision thought this was worth developing some innovation around to provide better support and salvage an employment opportunity.” That innovation was a peer coaching program for high-risk physicians that debuted last year.

One year later, Dr. Dalili can report these results: Out of the 35 doctors referred to the program, 32 have been able to remain in their positions; previously, they all may have just been let go. Client hospitals are satisfied with the doctors” improved performance, and the physicians have demonstrated better patient satisfaction scores.

“We’ve gotten substantial evidence,” says Dr. Dalili, “that the program has had a positive impact.”

A crisis point of transition
According to Dr. Dalili, there is no specific age or career level (or specialty) that puts doctors at higher risk of burnout. However, being new to a program was one recurring point of vulnerability. “It’s a reflection of how challenging it is to be a clinician,” he says, “and of how, with the added stress of a career transition or personal crisis, we reach a tipping point.”

While the company certainly tries to get to know clinicians through the interview process, “that’s an imperfect way to establish a mutual fit,” he notes. Further, doctors being onboarded have “a very rapid learning curve” just as they’re taking on a full patient load and contending with a new EHR and medical staff. Then there are life stressors that typically accompany any relocation. There are also the “invisible aspects of physicians” personal lives,” Dr. Dalili points out—a family illness, a challenge with a child, or marital or partner problems. “Life happens at an unpredictable pace.”

Here’s how the process works: When creating the program, Envision identified 15 of its doctors in different locations around the country willing to train as peer coaches. They volunteered their time in a training curriculum that was developed internally.

Once a physician has been referred to the program, he or she is matched with a peer coach. (Referrals are typically made by program site directors or hospital administrators.) That kicks off a partnership that begins with the peer coach coming in-person to shadow the referred doctor for three hours on the job, then sit down and provide feedback on what he or she observed.

That first session is then followed by six months of biweekly coaching phone calls, with peer coaches altogether spending about 20 hours over the course of that half year in discussions with their at-risk colleagues.

“We use the analogy of high-level athletes,” says Dr. Dalili. “Even the best sports stars benefit from having an external set of eyes there to focus on their performance and give productive feedback.”

Support for site directors
While the peer coaches volunteer their training time, they do receive some compensation for the onsite visit and ongoing support.

“It’s very modest relative to the cost of a single physician turnover,” says Dr. Dalili. He and his colleagues use what he describes as “a conservative estimate” of $150,000 for the direct costs of having to replace one physician.

At the same time, he points out, “turnover is not just a financial issue. It’s even more of a clinical performance issue because it creates clinical variability”— and that indirect cost of moving providers in and out “is hard to quantify. A physician’s network of relationships with specialists and nurses is a very valuable resource.” The peer coaches also hold a Webex meeting together once a month to share their experiences and develop new coaching strategies.

Another big plus of the program: providing critical support to site directors. For too long, Dr. Dalili explains, programs have viewed those directors “as a superhero who’s able to handle all the challenges of all their staff all the time.”

Now, however, “we realize that site directors, even very effective ones, can at times be overwhelmed by the personal needs of their front-line staff. This program is a cost-effective, external resource that improves the quality of the support we can provide to directors and front-line clinicians.”

Broader attention to wellness
The results have been so impressive that Envision plans to solicit more referrals of physicians deemed to be at high burnout risk. At the same time, Dr. Dalili says the company has realized there are much broader issues related to burnout and provider wellness.

As a result, the originator of the peer coaching program—Stefanie Simmons, MD, an emergency medicine physician who is Envision’s vice president of patient and clinician engagement—is now finding 100 physicians and APPs across the country to function as wellness champions. While the peer coaching program will remain an intensive resource for high-risk clinicians, particularly those struggling in new positions, the wellness champions will be trained to detect signs of burnout and behavioral cues that clinician wellness is being challenged.

“We’re finding,” says Dr. Dalili, “that there’s a lot of value in having feedback from someone who’s there to be supportive.”