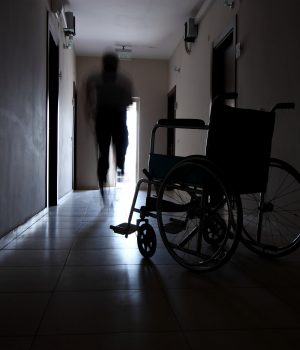 SEVERAL YEARS AGO, the clinicians at Summit Health in central Pennsylvania realized they had a problem with patients leaving against medical advice (AMA). While those patients represented only 1% to 2% of the inpatient population—mostly young men without health insurance who had substance use issues— they made up an outsized proportion of the safety alerts being filed in the system’s two hospitals.

The health system was also worried because liability issues related to AMA patients at other health systems were making headlines. And “readmission rates for these patients ran between 20% and 40% higher than for the rest of our inpatients,” says hospitalist David Hoffmann, DO, MBA, chief clinical officer at Chambersburg Hospital in Chambersburg, Pa., which is part of the system.

“Doctors used to feel, ‘I’m no longer liable,’ but the truth is that we really are.”

A survey found that almost half of both the nursing and medical staff felt the process needed to be improved. “We realized there was a tremendous variation in how we managed these patients, and everyone did something a little bit differently,” says Dr. Hoffmann. “That was problematic.”

A new protocol
Because the health system is, as Dr. Hoffmann puts it, “a Lean shop,” Summit Health in early 2016 held a weeklong Kaizen event—the word means “continuous improvement”—to devise a new protocol for AMA patients. That event pulled together about a dozen people from different specialties, including patient representatives, risk management and legal counsel.

“We drew a flow map, looked at all the literature, defined what the boundaries were for the process, and developed metrics that we could follow three and six months after implementation,” Dr. Hoffmann says.

The group also collaborated with nurses to create an elopement evaluation form (more on that below) and began working with nursing on one medical-surgical floor to pilot the use of that form, give recommendations and measure improvement every month.

For the hospitalists, the system devised two templates to standardize how doctors approach patients leaving AMA and how they document those interactions. In the first template, called the AMA form, physicians document the reasons the patient wants to leave, what the discussion around those reasons has been and whether the patient is competent to make that decision.

The AMA form also asks whether a physical was performed and if the patient’s medications will be continued.

“We encourage physicians to prescribe medications even if the patient is leaving and the doctors disagree with that decision,” Dr. Hoffmann points out. “We want patients to have enough medications to bridge them until they can get to their primary care office.” It’s often those missing medications, he adds, that drive patients who leave AMA to come back as readmissions.

Reasonable negotiations
Another protocol component is a discharge template. As part of their documentation, the hospitalists note whether the patient consistently stated his or her intention to leave multiple times, what the rationale for that decision was, and how the hospitalist discussed the risks and benefits of leaving AMA.

“That form also has a summary of the diagnoses and the hospital course, and it pulls in labs and medications from the EHR,” Dr. Hoffmann says. In their documentation, doctors are also asked to characterize patients’ insights into their own decision-making to make sure they don’t have dementia, for instance. Doctors have also been encouraged to do some reasonable negotiating.

“If a patient really needs to smoke, can we let him go out and smoke?” he says. “We look for ways to head off the decision to leave, and we document those discussions as well.”

While those two templates have standardized patient management and documentation, Dr. Hoffmann says the real game-changer in the new protocol has been the AMA risk assessment form that nurses now fill out on every patient every shift.

That assessment—which is built into the EHR—asks nurses a series of questions: Is this patient a danger to herself or others, and is the patient mobile? Do patients have a history of wandering off or memory care issues, do they disagree with the care plan around substance abuse and do you consider them a risk for elopement?

When nurses begin to sense that patients may be at risk of leaving, “we’ve worked with them on different strategies,” says Dr. Hoffmann. “Does the patient need a NicoDerm patch, or do we need to initiate the alcohol withdrawal protocol? Or was the patient on a psychiatric medication that hasn’t been continued in the hospital?”

Nurses have also been instructed to notify the patient’s hospitalist when they first suspect a patient may elope.

“When I get called down and the patient is already dressed and ready to leave, it’s hard to change his mind,” he notes. “But when the nurses pick up on patient agitation six or eight hours earlier, we have some opportunities to head this off.” The latest 12-month data indicates zero safety alerts related to patients leaving AMA.

Shifting attitudes
Another key advance in the new protocol: When doctors fill in the AMA template, care management is automatically notified that a patient has left AMA. Care managers then contact patients’ primary care doctor, if they have one, to schedule follow-up.

For those without primary care, “the care manager at least reaches out in a couple of days to the patient, who may at that point be calmer and more rational,” Dr. Hoffmann says. “Care management can usually work with patients to hook them into some outpatient follow-up.”

Knowing care management will get involved has also helped defuse physicians’ feelings about dealing with what can be difficult patients.

“It gives doctors some comfort knowing that someone will follow up,” he points out. Because nurses now have better assessment tools and recognize problems sooner, “doctors are being called less frequently to the bedside. And when they are, patients aren’t at the boiling point.”

“A lot of times, doctors would just wash their hands of AMA patients and say, ‘It’s not my problem,’ ” says Dr. Hoffmann. “But it really is. We’re taking care of people across the continuum of care, and our health system is all in on preventing readmissions and improving the quality of our community’s health. Doctors used to feel, ‘I’m no longer liable,’ but the truth is that we really are.”