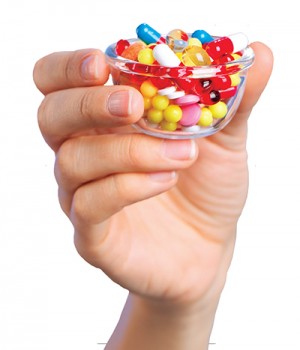 FOR MORE THAN A CENTURY, physicians have sought to improve their medical practice by dissecting mistakes at formal morbidity and mortality (M&M) conferences. Usually, those conferences zero in on missed diagnoses or inadequate testing or treatment—in other words, on doing too little.

Rarely do these deliberations concern medical errors associated with “overuse.” But since February 2015, one conference a month convened by hospitalists and residents at New York’s Mount Sinai Hospital has been turning that notion on its head.

Their mandatory OCCAM’s (Overuse Clinical CAse Morbidity and mortality) Conference, named after the problem-solving principle Occam’s razor, focuses on a real case where doing too much caused patient harm, or nearly did. Each conference is followed up on by some action, which can range from a reminder e-mail to a full-fledged quality improvement project, that might help break the overuse cycle through education or system change.

“Uncertainty is a major driver of overuse.”

“Overuse is so ingrained in us that we don’t even recognize it, let alone  view it as a medical  error,” says Hyung (Harry) Cho, MD, hospitalist and director of quality and patient safety in the medicine department at Mount Sinai Hospital. It was Dr. Cho who came up with the idea and who convenes the conferences.

Cutting back on routine renal ultrasounds
Quality and patient safety experts turned their attention to overuse only relatively recently. Dr. Cho points to an article in the January 2015 issue of JAMA Internal Medicine that signaled that change. The article concluded that “overtreatment … places patients at risk of unnecessary adverse events.”

After all, a strong assumption underpinning much in modern medicine is that more is better. Moreover, talking honestly about overuse in medicine can be tricky because no one wants to believe he or she is guilty of. There always can be an excuse, whether it’s “my patient is different,” “my judgment is better,” “the patient requested it” or “I had better be safe, just in case.”

Consider the first case that Dr. Cho selected for discussion in 2015: When a man came to the emergency department complaining of headaches and fatigue, a regular set of bloodwork turned up an abnormally high creatinine level that resulted in admission as well as reflexive orders for a number of tests and labs, including a renal ultrasound. In retrospect, the original creatinine result was from the rapid testing done in the ED, which is quicker but more likely to have errors. Instead of proceeding with the next set of targeted testing, a large number of tests were done at once, making most of that testing “overuse.”

A conversation with the admitting hospitalist team in the morning revealed the true diagnosis behind the headaches: depression. The upshot for the patient was increased mental, psychological and financial distress. (The patient did not have insurance.)

Although there was a lot in that case that clinicians could have talked about, the OCCAM’s Conference focused on the over-ordering of routine renal ultrasounds and the patient’s course of financial harm.

“Maybe routine renal ultrasounds don’t need to be ordered on the initial workup,” says Dr. Cho. Following the conference, a work group analyzed all the previous year’s routine kidney ultrasounds. It concluded that “we were overusing a lot of them” and that “this was something that we did reflexively.”

Moreover, the work group uncovered criteria published in the Nov. 22, 2010, issue of JAMA Internal Medicine that doctors can use to figure out who actually needs a kidney ultrasound. Several hospitalists and students presented the results of their research at the 2016 Society of Hospital Medicine annual meeting.

Harnessing the HER
At another OCCAM’s Conference this year, a student presented the case of a patient who’d been prescribed a routine proton pump inhibitor along with a short course of steroids. That led to an adverse dermatologic reaction and a two-day hospitalization, where work-up revealed that the PPI was unnecessary and had led to patient harm. Based on her conference presentation, the medical student ended up writing an article that was published in the May 2016 issue of JAMA Internal Medicine.

Another conference focused on a patient who developed C. diff. That infection occurred after the patient had received a 10-day course of antibiotics for health care-acquired pneumonia. The lower end of treatment recommendations is seven days.

“You can’t say if the extra doses led to the C. diff or not,” says Dr. Cho, “but we do know collectively, looking back on this, that we may be able to cut down a couple of days.”

The work group has now launched a quality improvement project that grew out of that discussion. Group members want to make it easier for hospitalists to know how many doses of antibiotics a patient has received because, as Dr. Cho explains, “sometimes we lose track with the amount of things that are going on, and uncertainty is a major driver of overuse.”

Perhaps this type of overuse could be reduced if it were easier to see at a glance—right in the foreground of the patient’s EHR, for instance—”that this person has this type of infection and is on day 2 of a planned five-day course.”

Starting the conversation
Dr. Cho says he particularly likes the idea of discussing overuse problems in a “safe environment” because OCCAM’s Conferences put everyone—both trainees and faculty—in the same room. They also compel open discussion without finger-pointing or repercussions.

“This is a great way for people to talk about overuse. When you ask the housestaff why they ordered something, they say, ‘The attendings asked us to do it,’ ” Dr. Cho points out. “And when you ask the attendings, they say, ‘We didn’t order it, it’s the housestaff.’ ” The OCCAM’s Conferences reveal the “subtle things that we do everyday, so we can realize this is happening and then maybe try to do better next time.”

Dr. Cho thinks that forcing people to think about overuse and its potential negative effects on patients may be starting to make a difference. “At least anecdotally, I can say we talk about it a lot more, at least within our hospitalist division.” It’s also becoming more common for someone to bring him an unsolicited OCCAM’s Conference case, rather than him having to chase one down.

Progress being made
A survey of hospitalists’ attitudes toward overtesting is underway, and—preliminarily, at least—Dr. Cho is seeing more people say they disagree with the statement that they perform testing because they want to make sure they don’t “miss anything.”

In addition, more residents report thinking that the faculty are asking them to order tests that are unnecessary, a topic the group plans to address. In the end, Dr. Cho says, OCCAM’s Conferences and their related quality improvement projects will never “get rid of all unnecessary testing. But if you can get rid of 20% of the renal ultrasounds that aren’t necessary, that’s big.”