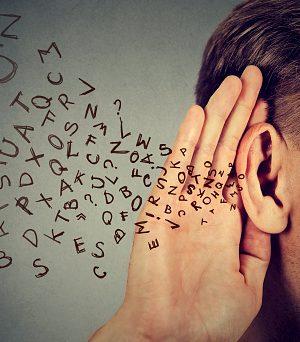 I STARTED MY FIRST DAY rounding on a new service by going floor to floor, seeing patients. After reading the sign-out for my next patient, I told myself that the encounter would be very straightforward.

She was a 15-year-old admitted for complications with severe anorexia, multiple electrolyte abnormalities and orthostatic changes. We were focusing on her daily weight gain before transferring her to an inpatient rehabilitation facility. She had been hospitalized for five days and would likely need several more to achieve the optimal weight gain she needed before discharge.

My good news
I reviewed her chart and entered the room. I saw a very thin adolescent in bed with a tray full of food in front of her, watching TV. Her parents weren’t in the room, but I knew they were in the hospital.

It’s the clinical approach at the bedside that makes the most impact.

She had a very flat affect, with poor eye contact. I introduced myself and clarified my role as her physician, then explained that we were trying to get her to feel better and that she had made a lot of progress. She responded with an “OK,” again with persistently minimal eye contact.

I then enthusiastically shared with her that she had gained weight from the day before and that, if she continued to do so, she’d be able to leave the hospital in a few days. When I asked if she had any questions, she didn’t respond. I walked out telling her we would take good care of her, and moved on to my next patient.

When the director of the hospital medicine group approached me later that day and asked about the encounter, I explained that it had been a routine follow-up. But I then found out that, for the patient, it was far from routine. Instead, she had been devastated to hear that she had gained weight, and she was now anxious and agitated.

She was also refusing to eat anything, and her parents were furious that a doctor had told her she had gained weight. As a result of her encounter with me, the patient had taken several big steps back in her progress.

Not her best doctor
I immediately realized I’d made a big mistake in communication. I had been so caught up in her data and under pressure to keep moving on with my day that I didn’t appreciate that what was so positive to me as a physician was catastrophic for her.

I also understood that there was not much I could do to change how the patient or her family perceived my care and approach. I tried rationalizing the situation, telling myself that I am always transparent with my patients. I always tell heart failure patients, for instance, how much weight they lose as they’re diuresed in the hospital so they feel positive and empowered.

But this patient was different, and I had shared too much information with her. While the data were accurate and my intentions were sincere, I still failed in the eyes of the patient. I had not been the best doctor for her.

What I would do differently
I have since reflected on how I can do better and avoid a similar situation. I’ve realized that I didn’t think about that patient’s underlying fears before sharing what I thought was good news. I have since become more careful about considering patients’ needs and balancing those with their disease processes. While that can be challenging and time-consuming, it leads to better patient care. As I review charts now, I take a few seconds to plan my approach.

I also collaborate with the nursing/multidisciplinary staff before I enter rooms, especially for patients with challenging diagnoses and situations. That can give me invaluable insight into a patient’s mood, needs and fears. Now, when I hear that a patient is afraid of a certain diagnosis or test or procedure, I immediately approach that patient with more empathy. I also focus the initial part of the encounter on the patient’s uncertainty to reach better understanding, provide reassurance and, ultimately, gain more trust.

That 15-year-old patient who was at the rock bottom of a disease process also serves as a reminder that the work we do as hospitalists can become very “technical” in terms of data review, discharge times, HCAHPS scores and quality metrics. But it’s the clinical approach at the bedside that makes the most impact, not the data.

By reflecting and reacting to specific patient needs, we can better communicate care plans and treatments. That ultimately helps develop an optimal doctor-patient relationship and outcome.

Perhaps hospitalists could use some coaching in communication strategies for such patients. Perhaps having key phrases or scripts would help with other diagnoses as well, such as how to engage with patients who have severe anxiety disorders.

If I had that encounter to do over again, I’d talk to the nursing staff before entering the room, and I’d never mention the patient’s weight to her. Instead, I would focus on gaining her trust and reassuring her that I was there to help her get better. 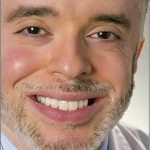