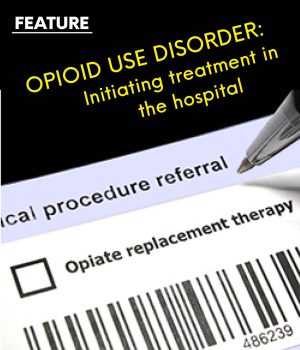 HERE’S ONE GOOD THING that’s come out of the pandemic: The federal government is now making it very easy for clinicians to get an X waiver, which allows them to issue bridge scripts for buprenorphine at discharge to patients with opioid use disorder (OUD). Under the revised guidance, as long as clinicians aren’t prescribing the medication to more than 30 patients at any one time—and no hospitalist would be—providers no longer have to undergo the hours of training that, until now, have been required.

“You just need your DEA number to apply online through SAMHSA (the Substance Abuse and Mental Health Services Administration) for the waiver,” said Marlene Martin, MD, a hospitalist and addiction care team director at the University of California, San Francisco (UCSF). “We encourage all hospitalists to do so. ”

Dr. Martin and Susan Calcaterra, MD, MPH, director of the addiction consultation service at the University of Colorado Hospital in Aurora, were co-presenters of an update sponsored by the Society of Hospital Medicine earlier this year on how hospitalists should manage OUD. They made it clear that removing the required training to get an X waiver, which used to take between eight and 24 hours, is really the only good news about OUD during the pandemic.

“We know that covid has magnified the drivers of substance use as people have experienced trauma, unemployment, and increased depression and anxiety,” said Dr. Martin. Although synthetic opioids like fentanyl account for an ever-growing number of overdose deaths, deaths related to alcohol, methamphetamine and cocaine are also on the rise. According to the CDC, more than 100,000 drug overdose deaths occurred in the 12-month period ending April 2021—a nearly 30% jump from the previous year.

“Covid has magnified the drivers of substance use.” 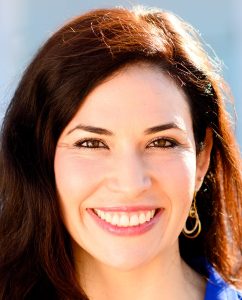 Then there’s this heartbreaking statistic: Only 20% of patients with opioid use disorder—the patients who make up the lion’s share of drug-related deaths—are receiving treatment.

“As hospitalists,” said Dr. Calcaterra, “we can do something about that. We can really make a difference in caring for these patients.”

Still, said Dr. Martin, hospitalization is a pivotal touch point. Even if patients with OUD don’t want to initiate treatment while hospitalized, “there’s so much we can do,” including treating pain and withdrawal and maintaining tolerance with full-opioid agonists like hydromorphone and oxycodone. Reducing suffering and stigma builds trust, improves the experience of both patients and clinicians, and promotes patients staying in the hospital instead of leaving before they complete treatment. Self-discharge among these patients is associated with higher subsequent mortality.

And studies show that two-thirds of patients with OUD want to either reduce their use or quit—and that hospital initiation of buprenorphine has a much better track record at six months for patients maintaining treatment than detox.

“For most, detoxification doesn’t last,” said Dr. Martin. A 2014 trial that randomized patients to either a five-day buprenorphine detox protocol or buprenorphine initiation in the hospital, with both groups linked to outpatient treatment, found much higher rates of buprenorphine use within six months in the treatment arm.

“Some clinicians may think, ‘Why should I start this in the hospital? Maybe the outpatient clinician can when the patient follows up in a clinic,’ ” Dr. Martin said. “But starting treatment in the hospital makes a big difference.” Many patients who are interested only in detox may return to using drugs and end up back in the hospital. “Past attempts to reduce use without medication for addiction treatment can motivate them the next time they’re hospitalized to try treatment instead.”

Decision factors
As with any choice of treatment, patients need to be involved in deciding whether to initiate methadone or buprenorphine.

“Fentanyl can make it harder for patients to feel comfortable sooner with the traditional buprenorphine initiation.” 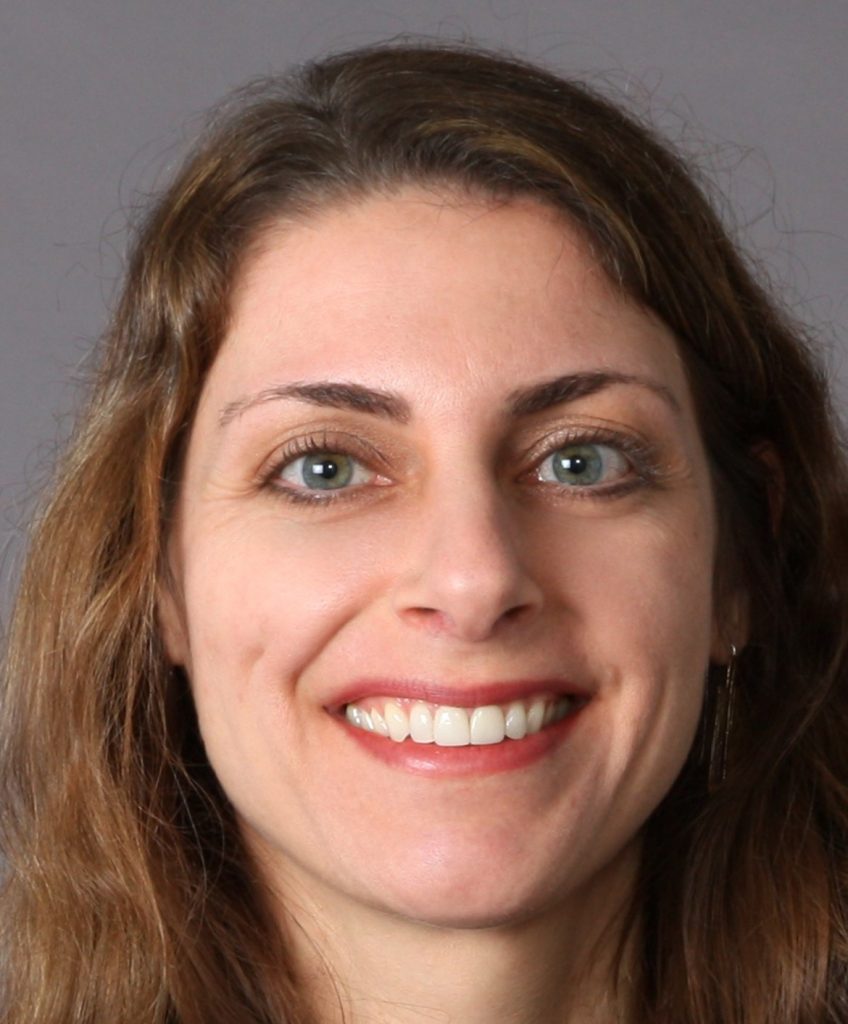 “Is buprenorphine available where the patient lives?” said Dr. Martin, listing factors that affect that decision. “That’s a big, big deal, and it’s the same with methadone. In some counties and states, there are only a handful of methadone clinics.” Methadone must be distributed from a methadone clinic, also known as an opioid treatment program, while buprenorphine can be administered in any outpatient clinic by someone with an X waiver, making it “more accessible,” she pointed out.

“There’s also an injectable form of buprenorphine that’s given once a month,” Dr. Martin said. “That makes adherence easier for some patients.”

The two treatments also feel very different. “My patients describe methadone as this warm, fuzzy blanket, while buprenorphine may give them more energy and feel more activating,” she noted. “People will have a preference, and it’s really important in terms of retention to go with what they want.”

Dr. Martin also pointed out that the FDA has approved a third medication for opioid use disorder: extended-release naltrexone. But she doesn’t use that nearly as much as the other two treatments.

“With extended-release naltrexone, people must have a seven-day minimum period of being opioid-free—and in the setting of fentanyl, which is what many of my patients are using, it’s become harder and harder to start,” she said. While it’s an option to mention to patients if it’s available locally, “most people will prefer methadone or buprenorphine.”

Traditional initiation, she pointed out, is for patients who can tolerate an opioid-free period and are in opioid withdrawal, with a COWS score of 8 or more. It is the predominant initiation strategy being used for patients on short-acting opioids, which include heroin and oxycodone.

WITH CORONAVIRUS crowding the headlines, it’s easy to forget that the U.S. is still in the middle of a decades-long opioid epidemic. Read Battling the other epidemic: opioids

According to Dr. Calcaterra, you start by giving patients between 2 and 8 mg. How do you decide where in that range to begin? For patients who have a pill-based opioid use disorder (so lower tolerance), she starts them on 2 mg, but starts patients with higher tolerance on 8. Assess all patients in one hour and then every four to six hours thereafter, and leave a good sign-out for your next colleague.

The maximum buprenorphine dose to give on day 1 is 16 mg, while the maximum dose on day 2 is 24. While the therapeutic dose that patients should be maintained on going forward is between 16 and 24 mg, “some people need more than 24 mg, especially those with higher tolerance,” said Dr. Calcaterra. “I’ll sometimes go up to 32.” (Insurance plans may have ceiling doses that they will approve.) Increase dosing when patients experience pain, craving or withdrawal; decrease doses if patients have insomnia or become manic or sedated. Your goal is to get patients’ COWS score under 5.

“I love this initiation,” Dr. Calcaterra said. “You get people on a good dose that addresses their symptoms much more quickly than with low-dose initiations.”

When microdosing is the better choice
However, you should use low-dose (or microdosing) buprenorphine when patients—because of acute or post-op pain, for instance—can’t go without opioids, as well as for patients who regularly use fentanyl. While fentanyl is short-acting, Dr. Calcaterra pointed out that it is highly lipophilic and can be stored in fatty tissue for weeks.

“Fentanyl keeps seeping out and can precipitate withdrawal,” she noted. “It can make it harder for patients to feel comfortable sooner with the traditional initiation.” Low-dose buprenorphine initiation is also the way to go for patients who come into the hospital on methadone and want to transition to buprenorphine instead. “If you’re going to do that transition,” she said, “ask for help.”

How to initiate methadone
As for initiating methadone, “a lot of us may be worried when we first start,” said Dr. Calcaterra. “I used to worry that I would cause oversedation.” (Buprenorphine, by contrast, has a ceiling effect on respiratory depression.) She starts with a dose of between 10 and 30 mg, depending on tolerance.

Methadone peaks at four hours, which is when you need to evaluate patients. “You’ll see if they’re too sedated or if they’re in withdrawal and need more methadone,” she said. On day 1, you can add 10 mg PRN for a maximum of 40 mg, and give short-acting opioids, if needed, throughout.

When you get to 60 mg, however, “hold that dose for five days because dose-stacking can occur,” Dr. Calcaterra said. “You want the methadone to reach a steady state before you do a dose increase.” After that five-day hold, you can bump up dosages by 5 to 10 mg a day for patients still experiencing withdrawal or cravings. In terms of a maintenance dose, “between 80 and 120 mg seem to work best, but many people in my practice are at much higher doses than 120.” She also sees patients on lower maintenance doses as well.

As for discharge, your X waiver allows you to give patients a bridge script for for buprenorphine, but not for methadone. “We make sure they get methadone the day of discharge in-house and then link patients to a methadone clinic for intake the next day,” said Dr. Martin. “Have your social workers or care navigators, who know community treatment resources, work with the patient to get connected to a methadone clinic.”

One other note: When patients are admitted who are already taking methadone or buprenorphine, “stopping either of those medicines is almost always the wrong thing to do,” said Dr. Martin. If patients are being admitted for a procedure, continue their full dose of methadone or buprenorphine pre-procedure. Post-procedure, consider splitting that full dose into thirds and giving it to patients TID.

MANY FACTORS go into steering patients with opioid use disorder (OUD) toward treatment and, hopefully, sticking with it. Chief among those are removing stigma and judgment.

That’s why it’s important to choose carefully in terms of what you say about patients who have substance use disorders—and what you write about them in their medical records. Since 2016, after all, patients have had access to those records. They also can easily overhear how you talk about them in the hall with colleagues and other clinicians.

“It’s important to recognize that language propagates stigma, which can be harmful and
marginalizing to the people being targeted,” said hospitalist Susan Calcaterra, MD, during a Webinar held earlier this year on managing hospitalized patients with OUD.

First, patients’ identity isn’t their condition, so stop using nouns like junkie, pill user, alcoholic or drunk. Instead, refer to your patient as someone who uses opioids, a specific substance or alcohol. Substitute “disease” for “habit” and “return to use” for “relapse.”

Don’t use “dirty urine” or “dirty screen,” Dr. Calcaterra said. “That implies that the patients themselves are dirty, which they are not.” Instead, use specifics: Urine showed opioids or methamphetamine, for instance.

“And one we see and hear all the time is “drug-seeking,” she added.”But I don’t know that we can say for certain why a person is requesting a specific ” Instead, “just describe the scenario and treat symptoms if patients are uncomfortable or in pain. That’s really what should be documented.”

That’s very true. Many times these patients doesn’t have pcp and hospitalization can start medical treatment including rehab.

Battling the other epidemic: opioids 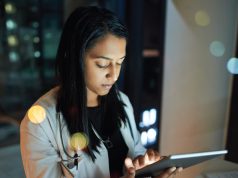