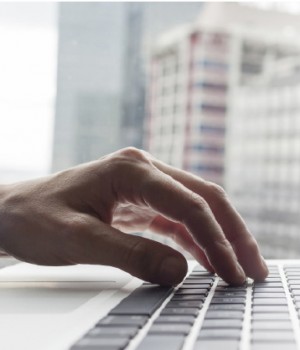 I RECENTLY TOOK A NEW JOB. I’d been with my old organization for 10 years, which is longish in health care and a veritable eternity in hospital medicine. Hospitalist years are something akin to dog years, and I was arguably over the proverbial hill.

But, believe it or not, you’ll get there, too. (If you are already there, no harm in checking out job opportunities.) So I’m going to play old fogey this month, sharing an experience that might contain some wisdom that you can use in the future.

Career calculus
I was neither unhappy with my old job nor actively looking for a new one. But I was presented with two outside opportunities almost simultaneously.

My biggest challenge was settling on a method for deciding whether to stay or go. Like most physicians, I’ve filled my brain with hundreds of box-and-arrow algorithms. I have decision trees for chest pain, headache and hyponatremia, but nothing for career change.

So I started with the basics, which didn’t help much. Job descriptions are pretty generic and look very similar across organizations. Even quantitative stuff like compensation and benefits all run together. Newly-minted physicians might quibble over $10,000 or some extra vacation days, but by mid-career these start to matter a lot less.

At one point, I even looked at bond ratings, profit margins and reports by professional analysts. Here’s what Moody’s said about the organization where I was already working: “The positive outlook reflects our belief that the system’s financial performance will continue to meet or exceed the budgeted 3% operating margin … .” This didn’t sound all that different from Moody’s assessment of a prospective new employer: “The stable outlook incorporates our expectation that future performance will remain consistent with 2014 results … .”

I was basically stuck.

Good enough
I quickly realized that I needed to “satisfice,” a concept cooked up by Herbert Simon, PhD, a Nobel laureate in economics. Satisfice—not to be confused with Satisfries, the failed Burger King product—is a made-up word that captures the essence of both “satisfy” and “suffice.”

Dr. Simon’s work had to do with something called “bounded rationality.” We make thousands of decisions each day, and for each scenario there is likely an optimum or perfect solution. But we can rarely find that solution because of various constraints, with time and insufficient information probably the biggest barriers.

So we satisfice or make “good enough” decisions. You do this all the time in places like grocery stores (Ruffles or Lay’s?). And truth be told, you satisfice all day long on the wards. Patients want perfect but you’re delivering good enough. This seems wrong to anal-retentive physicians (and patients, if you were honest with them), but there’s really no alternative.

Leap of faith
But how, exactly, did I go about making a good-enough decision?  Keep in mind that I teach evidence-based medicine at the University of Minnesota, the same statistics-for-doctors class that drove you nuts in medical school. This means that I’m intensely rational.  Except when I’m not. In the end, my good-enough decision was a leap of faith. I grilled the senior leaders in each organization. I talked to current employees of those same leaders. I called former employees, including several who had been forced out. I put all of these completely subjective, potentially biased data into a black box and made a decision that felt right.

Yup, felt—as in that vague yet compelling inner sense. I ultimately concluded in a way that I can’t completely explain that I wanted to hitch my future to some people who seemed credible, capable and fun.

Wild card
There was, however, a wild card that factored into my decision-making in some unquantifiable way. The CEOs of the two organizations who approached me with job offers are both physicians. One organization even put this bug in my ear: “We’re physician-led but professionally managed.” This contrasted sharply with my employer at the time, where the CEO is a nonclinician with a master’s degree in health care administration.

But does it really matter? There aren’t many data to work with, although one often-cited study from the August 2011 issue of Social Science & Medicine is worth mentioning. Management expert Amanda Goodall, PhD, noted that only 4% of U.S. hospitals are led by physicians. She then set out to answer this question: “Are CEOs in hospitals ranked higher typically physicians or non-medical managers?”

Dr. Goodall mined U.S. News & World Report’s “Best Hospitals,” which ranks institutions using an “Index of Hospital Quality” (IHQ); scores can range from zero (worst) to 100 (best), but typically fall very much in between. For her analysis, she grabbed the top 100 oncology, GI and cardiovascular hospitals and then classified their CEOs as either “physician-leaders” or “nonphysician-managers.”

In each category, hospitals led by physicians had higher IHQ scores than the institutions headed by non-physician-managers, with a differential of about eight to nine IHQ points. On the face of it, this looks like physicians make better CEOs. But keep in mind that association does not provide causation. Dr. Goodall pointed out that the opposite might actually be true: “top hospitals may be more likely to seek out MDs as leaders and vice versa.”

Final decision
Now back to me. My new CEO is a trauma surgeon who still operates. The CMO—my new boss—is a pulmonary and critical care guy who still sees patients. Every physician executive in the organization has to maintain a clinical practice, which I find deeply attractive.

“I’m the first one to know if an EHR upgrade goes bad,” the CEO advised me during an interview. He knows this as an end-user, not because the CIO sent him an e-mail or he’s heard rumblings of a mutiny in the doctors’ lounge.

This reminded me of an old essay by the philosopher Bertrand Russell, “Knowledge by Acquaintance and Knowledge by Description.” The former comes from first-hand experiences, such as struggling with an EHR that’s slow or poorly designed, while the latter is what you get second-hand. We all need second-hand information (medical school was a very long exercise in knowledge by description), but I suspect that knowledge by acquaintance gives physician leaders a certain edge.

At least that’s the hypothesis I’ll be testing at my new job.

David A. Frenz, MD,  is vice president and medical director for mental health and ambulatory services for North Memorial Health Care in Robbinsdale, Minn. You can learn more about him and his work at www.davidfrenz.com or LinkedIn.