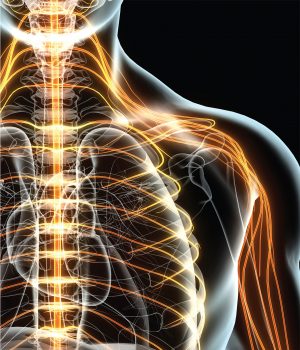 WHEN IT COMES to neurologic exams, many are performed only when a patient presents with a particular problem like numbness or vertigo, said S. Andrew Josephson, MD. He directs the neurohospitalist program and chairs the neurology department at University of California, San Francisco (UCSF).

But at last fall’s management of the hospitalized patient conference at UCSF, Dr. Josephson argued that hospitalists should master—and use—a two- to three-minute screening neurological exam on every patient in the hospital, regardless of the diagnosis that brought him or her in.

“Just like you would listen to the heart and lungs of someone who comes in with a stroke, it’s reasonable to do a basic neurologic exam on everyone to see if anything is going on neurologically,” he said. “That way, you can capture disorders that otherwise would be missed.”

“Have the patient walk. That’s the single most useful element in a neurologic exam.” 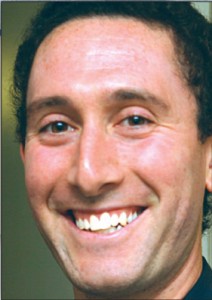 Dr. Josephson reminded his audience that the neuro exam breaks down into tests for seven separate components: mental status, cranial nerves, motor, reflexes, sensory, coordination and gait. But as part of a screening exam, “I’d never test reflexes,” he admitted, cutting it down to only six elements.

And because doctors need to get the most information in a limited amount of time, Dr. Josephson outlined the high-yield tests that hospitalists should perform for each exam element.

MENTAL STATUS
MOST OF THE screening for mental status is simply taking the history. “If somebody can give a coherent history, they have pretty excellent mental status,” Dr. Josephson pointed out. He’d also perform two very brief additional screens.

The easiest way to flesh out the most common mental-status problem in the hospital—delirium—is a test of digits forward at the bedside. Start by reciting three or four numbers that you tell patients you want them to repeat. “But you have to say them one second apart, and that’s really important. You have to slow down, and you may even need to look at a clock.”

If patients can say those back to you, go on to a five-digit string, then six digits. “You’re testing attention, not memory, and the average American can do seven digits forward.” Patients who have a digit-span forward of less than five “have a deficit of attention and, in the hospital, are delirious. Period.” While doctors can readily identify patients with delirium tremens, “we have difficulty recognizing those with hypoactive delirium, so this test picks those patients up.”

The digits-forward test even works in patients with dementia. “Even patients transferred from a nursing home with Alzheimer’s should be able to do five digits forward,” he explained. “If they can do only three, they probably have delirium superimposed on their dementia.”

The other important area to test is language, which is not the same as speech. “Slurred speech, like dysarthria, is a cranial nerve problem,” he said. “Language is the ability to get words out or to understand them.” Doctors should test three language elements: fluency, comprehension and repetition.

Patient fluency is obvious from the history. To test comprehension, give patients a three-step command that crosses the midline. He tells patients to take their right thumb, touch their left ear and stick out their tongue.

As for repetition, he has patients repeat this phrase, “Today is a sunny day in San Francisco”—a joke, he noted, because there are so rarely sunny days. Poor performance on one or more language elements may indicate an aphasia such as Broca’s, Wernicke’s, global or conduction.

What shouldn’t you do to test mental status in the hospital? Don’t do a mini-mental status exam. “A lot of people waste time on asking what floor are you on and who’s the president,” said Dr. Josephson. “Those things are not particularly helpful in a screening neurologic exam.”

CRANIAL NERVES
AS A NEUROLOGIST, Dr. Josephson joked, “I can test all the cranial nerves for an hour.” But physicians doing a screening neurologic exam need only four swift tests.

First, look at patients’ pupils, then test their extraocular movements with both eyes open by asking patients to follow your finger.

“You’re looking for nystagmus and asking if patients see double,” he noted. Importantly: Don’t go too fast and don’t draw a plus sign, but a big H. “Extraocular movements test cranial nerves III, IV and VI, and patients have to look in and down to test their left fourth nerve. A plus sign doesn’t test IV.”

Next, test facial strength. ” ‘Show me your teeth, lift your eyebrows.’ You’re looking for facial droop.” And the last brief screen for cranial nerves is to test for visual fields, “which I know brings back anxiety from previous neurology rotations,” Dr. Josephson said. “But remember: Visual fields start at the eyeball and go all the way back to the occipital lobes bilaterally. If visual fields are fine, you know that a massive amount of brain is OK.”

To do the test, “get at the same height as the patient, then say, ‘I want you to look at my nose, then point to whichever of my hands wiggles,’ then I wiggle my hand in each of the four quadrants. If that’s normal, you can stop.”

For confused patients, Dr. Josephson tries to test extraocular movement by holding his badge up to the patient’s face and making a big H. “People will always focus on faces.” You can test visual fields in such patients by having them focus on your face, then use a single finger to approach each half of the visual fields. “What should happen is that they blink on both sides to threat,” he said. “If they don’t, that’s a sign of a visual field deficit.”

MOTOR
IN THE TERMS OF the motor exam, you need an appropriate screen for upper motor neuron-type weakness, which is weakness caused by a brain or spinal cord lesion, Dr. Josephson explained. He reminded audience members that any movement is a two-neuron system. The first, which has its cell body in the cortex, sends an axon through the brain stem that synapses on a second neuron somewhere in the spinal cord.

The good news, he added, is that when upper motor neurons are injured, “the resulting weakness follows a predictable pattern, which is known as the upper motor pattern or the pyramidal pattern.” That pattern is as follows: Distal muscles are always weaker than proximal muscles, and extensors are weaker than flexors.

So you may see chronic stroke patients where “their shoulder is very good, but their hand is weak” (distal is weaker than proximal). Or “they can grab the heck out of your hand, but they can’t extend their fingers” (flexors are stronger than extensors).

To screen for motor function, first test for pronator drift. Have patients put out their hands with their palms up, spread their fingers apart and close their eyes. If one arm drifts downward and/or a palm turns toward the floor, that indicates that the supinator muscle (an extensor) in the upper arm is weaker than the pronator teres, a flexor.

“If the extensor is preferentially weak, the pronator teres is going to win,” he said.

The second screen takes 20 seconds for fast finger movements and foot taps. Have patients take one hand at a time and bring their thumb and index finger together repeatedly, as fast as they can. Also have them tap each foot as fast as they can, one at a time.

“You’re looking for a difference in speed,” he said. “If one side is slower than the other, that’s a sign of weakness.”

Next, test one muscle in each extremity for power. Which one? “You’re going to pick the muscle you think is most likely to be weak.” In the upper extremities, that’s the distal extensor, “so I usually pick the finger extensors. I have patients put their arms out and I tell them to not let me push their fingers down.”

For the lower extremities, he picks the dorsiflexors of the big toe, telling patients to point their toes toward their head and not let him push their toes down.

“If all those tests are normal, then the patient doesn’t have an upper motor neuron problem leading to weakness,” he said. If patients are reporting weakness, the problem isn’t a brain or spinal cord issue. Instead, they may have a peripheral problem such as a neuropathy or myopathy. “But they’re not weak from all the central causes we’re worried about, like a stroke.”

What doesn’t work as a motor screen? Never do hand grasps, Dr. Josephson said. “Hand grasps are big flexor muscles,” he pointed out. “Same thing with stepping on the gas in the lower extremities.”

SENSORY
DR. JOSEPHSON admitted that the sensory exam can be very frustrating “because it completely depends on the patient and it’s totally subjective.” Some hospitalists may decide to forego sensory screening, but for those who can fit in one sensory test, he suggests briefly testing the toes with two modalities.

Among several testing modalities, he pointed out, temperature and pain engage the spinothalamic track, while vibration and joint position help test the dorsal column. “You need to pick one from each group,” he explained. “You can do a cold tuning fork if you’d like, or a broken tongue depressor to test pain and then joint position sense.”

But if you just test temperature and pinprick, “you miss the person with tabes dorsalis or a B12 deficiency.”

COORDINATION
THE ONLY TEST Dr. Josephson recommended to screen coordination is finger-nose-finger. “Asymmetry is what I’m looking for,” he told his hospitalist audience. “If someone does badly on finger-nose-finger bilaterally, it’s usually metabolic.” But when a patient does well on one side but poorly on another, “that is a cerebellar lesion until proven otherwise. That’s a real red flag.”

The biggest mistake he sees when clinicians do this test is not holding their own finger far enough away from the patient. “The tremor or dysmetria is brought out only when the elbow is fully extended,” he noted. “You need to stand far enough back so the person can just reach your finger.”

“For doctors who feel they can’t spare three minutes for a neurologic screen on each patient, here’s the one thing I would tell them to do: Have the patient walk,” Dr. Josephson said. “That’s the single best assessment of function and the most useful element in a neurologic exam.”

While you’re having the patient walk, “I would perform a Romberg test.” He added, however, that the Romberg test, which is a three-step process, is very misunderstood.

To conduct the test, have patients stand, put their feet together and close their eyes. “If they fall when they close their eyes, that’s a positive Romberg,” Dr. Josephson said. “The Romberg is testing dorsal column function and proprioception. It’s a test of sensation, and you may see patients falling who have a diabetic neuropathy or a B12 deficiency.”

Published in the April 2018 issue of Today’s Hospitalist

What is the prognosis of Romberg’s test if a person loses balance but does not fall? Also what is considered on the finger touch test if one arm is spastic.