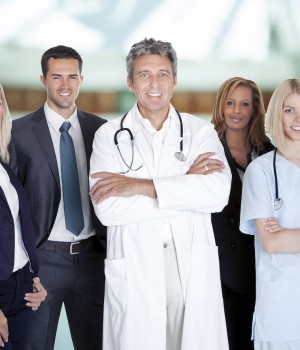 Published in the April 2009 issue of Today’s Hospitalist

For Eric Rice, MD, one of the most important decisions he’s made for his career was to resign as leader of the program that he founded and led for six years.

In 2002, Dr. Rice was the first hospitalist to be hired by Methodist Hospital in Omaha, Neb. As medical director, he eventually grew the program to 13 physicians and established standards for scheduling, patient census, bonus payments and performance measures.

Despite a successful run, Dr. Rice last August chose to resign and hand the reins of the program over to another physician who he had helped groom.

While Dr. Rice continues as a rank-and-file hospitalist and is exploring other opportunities, he is certain that he made the right decision for his group. “I stepped down to ensure the continued growth and success of the program and the other hospitalists,” he explains. But he is quick to add that he stepped down too to focus on his own professional needs.

As the first generation of hospitalist leaders comes of age, many are trying to figure out where to go from program directorship. They are taking a hard look at leadership opportunities beyond their group “and thinking of ways to create new options for themselves.

Planning for succession
As with most professions, growing and changing a director’s career is part of a long, gradual process. A big part of that process for Dr. Rice was growing the leadership capabilities of other hospitalists in his group

While Dr. Rice was still program director, for instance, he turned over all negotiations related to the hospitalist group’s new service at a nearby surgical hospital. The physician who headed up that project has now succeeded him as program director.

He also tapped another physician to spearhead the hospitalists’ takeover of Methodist’s observation unit. “That helps doctors get vested in the group, and they’re more likely to stay,” Dr. Rice points out. Plus, physicians who are now hospital executives need to leave behind a highly functioning hospitalist group to succeed in their new job.

Aaron Gottesman, MD, director of hospitalist services at Staten Island University Hospital in Staten Island, N.Y., says that handing off daily decision-making is also necessary for the professional growth of existing directors. The tasks that program directors need to master when they are new to the job, he says, may no longer hold their interest several years down the road.

“There is such a thing as a five-year itch,” says Dr. Gottesman. Hospitalist groups not only risk losing up-and-coming physicians who can’t find leadership opportunities, he says, but also seasoned leaders when they no longer feel challenged.

Expanding the director’s role
Dr. Gottesman has continued to grow as a director by “getting experience under my belt in more diverse functions.” That includes acting as physician- in-chief of a particular ward.

“It’s like functioning as a CMO of a hospital within a hospital,” he says.

As part of his professional growth, Dr. Rice got a master’s degree in medical management. He has turned down offers for several opportunities elsewhere to stay where he is, at least for the time being.

He is now exploring possible leadership opportunities within the hospital and within his multispecialty group. But he points out that “a lot of our senior leadership actually is recruited from outside our system.” Some of those senior leaders had been in the same system previously.

“They all had to leave in order to come back, and I’m not saying that’s bad,” Dr. Rice adds. “But it reflects a certain culture that you have to go away to be qualified.”

What’s next?
According to Dr. Gottesman, physicians who are now directors are trying to figure out what kind of positions they want to be tackling in five, 10 or 20 years.

Directors, he says, “are debating the steps to get to the next level in terms of further certifications or advanced degrees.” At the same time, many directors are finding their relative youth a challenge when it comes time to move on.

Many seasoned hospitalist leaders, Dr. Gottesman points out, are still in their 30s. “To say that they would be appropriate CMO or CEO material would be a bit of a stretch,” he says. While physicians may be able to move from staff hospitalist to program director in just a few years, he says that making the jump to a leadership position outside of hospital medicine may take longer.

One physician who has made that leap says that hospitalists who want to move up the ladder need to create their own opportunities “and learn to bide their time.

Since last year, Win Whitcomb, MD, has served as vice president of quality improvement for the Sisters of Providence Health System in Springfield, Mass., a newly created position in which he oversees all quality initiatives for Mercy Medical Center and a rehab facility, a behavioral health hospital, hospice and several nursing and rest homes. Dr. Whitcomb arrived in the executive suite after spending 10 years as hospitalist director, then three and a half years as the hospital’s director of quality improvement.

How did he get that first leadership slot beyond director? “It was really me making it up as I went,” Dr. Whitcomb says. “I had to convince my boss, who is the CMO, and I was supported for only five hours a week for the first year.” During his second year in that position, he received support for only 10 hours a week, although the position actually ate up much more time.

Dr. Whitcomb says he had enough success in that role that creating a vice presidency of quality improvement was not such a hard sell. He is now one of a small but growing cadre of chief quality officers in Massachusetts, a position he calls “a unique and growing breed of physician executive.”

But “I had to wait a few years for this vice presidency to ripen and be created,” Dr. Whitcomb says. Not only was his age an issue “he is now 46 “but hospital politics also came into play: There were already two senior physicians in vice president positions.

Getting there
One of the most hotly debated topics for hospitalists thinking of moving beyond a directorship is how much they want to relinquish clinical care.

Hospitalist Kenneth Epstein, MD, MBA, has throughout his career “wanted to be in the administrative end.” In the 1990s, he headed up a sickle cell program at Philadelphia’s Thomas Jefferson University Hospital, for instance, before helping develop its first hospitalist program.

He then spent five years as director of medical affairs and clinical research for IPC The Hospitalist Company before striking out on his own last year as a hospital medicine consultant based in Denver. But he still devotes half of his work life to patient care.

“I enjoy practicing medicine,” says Dr. Epstein, “and it gives me credibility when I talk to physicians about how to do things differently.”

Dr. Rice, who admits that his ultimate career goal is to “be in charge of a hospital,” thinks hospital medicine leaders are uniquely poised to take over that leadership.

Not only are hospitalists heading up the quality and safety programs that are increasingly important, but they “more than other physicians ” may be able to pursue executive leadership while maintaining some clinical practice.

“You can’t be a surgeon one day a week and keep your skills up,” Dr. Rice says. “But a hospitalist? You could pull four shifts a month and spend 80% of your time as an executive.”

As for Dr. Whitcomb’s new role as a vice president, he says that the pendulum regarding clinical work has personally swung too far. Since becoming vice president, only 10% of his time is devoted to patient care. For him, that isn’t enough.

“I really miss my clinical colleagues,” he says. “And I feel I need at least 20% of my time in patient care to be relevant.”

Didn’t learn leadership skills in medical school? The American College of Physician Executives offers a variety of live and online courses, while the Society of Hospital Medicine holds leadership sessions at its annual meeting and at its leadership academy sessions.

Several universities, including Tulane University in New Orleans, have established joint MD/MBA programs. And other programs offer advanced business degrees geared specifically to practicing physicians and physician executives. Those include: