THE OPIOID EPIDEMIC in the U.S. is receiving a growing amount of press and scrutiny, and rightly so. But according to the authors of a report posted online in September by Annals of Internal Medicine, “an integral piece of epidemiologic information about opioid misuse remains unknown: the distribution of use across the population.”

The report goes on to provide that missing piece. The authors analyzed data on more than 19.5 million patients without cancer who had private insurance between 2001 and 2013 and who filled at least one opioid prescription. They found that the top 5% of users in 2013 accounted for 59% of all prescribed opioids, while the top 10% that year received 76% of all opioid prescriptions.

In 2001, by comparison, the top 10% of users accounted for 69% of all prescribed opioids, indicating that opioid use is becoming more concentrated among fewer users. The findings, the authors write, have “important policy implications.” Opioid-prescribing guidelines—like the ones released by the CDC last year—tend to take a very broad approach, suggesting limited dosages and prescribing durations for all patients, as well as recommending the use of nonopioid treatments.

“The better the pain control in the hospital, the lower the risk of long-term opioid use.” 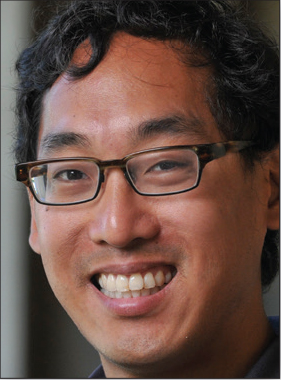 Instead, the fact that opioid use is becoming increasingly concentrated among only a few users “would argue for focused efforts aimed at reducing use among these persons,” according to the study. Lead author Eric Sun, MD, PhD, an anesthesiologist and researcher at Stanford Hospital in Stanford, Calif., spoke with Today’s Hospitalist.

In the feedback you’ve received, were clinicians surprised by your results?
I think most people suspected that the majority of opioids was being used by only a small minority of patients. But just because you think something is true doesn’t mean it is, and that was the point of our paper: to say that this is true. The fact that we found the concentration of opioid use increasing over time, however, did surprise some people.

The need to combat opioid overuse is becoming much more visible, with a presidential commission now recommending that a national emergency be declared. Is that helpful?

I think it is. Anything that draws attention to the issue gets more people thinking about how to reduce risk. What can be left out of that discussion, however, is that people being in pain is not a good thing either. But at least we’re thinking about what we need to study and how to implement good evidence into actual clinical practice.

Your report points out that the CDC guidelines take a very broad approach instead of a more targeted one.
I think guidelines are helpful, although I’m not a practicing pain physician. But several state legislatures have passed laws that are more stringent than the CDC guidelines, saying that doctors can prescribe only a one-week supply of opioids at a time. (See “Are new prescribing laws too restrictive?” on page 14.) Those laws target everyone. Our research suggests that we probably should focus on the small group of people who use opioids quite intensely.

Some hospitalists have a blanket rule that they won’t prescribe opioids at discharge, to make sure patients get such prescriptions from only outpatient physicians. Should doctors instead approach discharge prescribing on a case-by-case basis?
I understand why hospitalists don’t write those prescriptions: They’re not going to be following up with those patients, and patients won’t be calling them if they have problems.

You have to own any prescription you write. For me, if I’m not going to follow up with the patient, I shouldn’t write the prescription. I don’t prescribe any opioids for patients at discharge either, although I order them for patients in the hospital during their recovery and give them opioids during surgery. Because the surgeon usually follows the patient closely after surgery, I think it makes sense to leave outpatient opioid prescribing to the surgeon.

How is your own institution targeting patients taking high opioid doses?
Our preop clinic is moving toward formally evaluating opioid dosing and flagging patients at high risk. That allows me to think about altering my anesthesia management to include things like nerve blocks and epidurals, which minimize the need for additional opioids.

The preop clinic is also reaching out to consult another group of anesthesiologists who are part of the pain group, to see if patients taking a lot of opioids should be tapered off before surgery. We’re developing infrastructure and pathways to identify patients and get interventions on board, but doing so takes time.

You also authored a study in the September 2016 JAMA Internal Medicine. That found that opioid-naive patients were at increased risk postop for chronic opioid use, particularly if they used antidepressants or benzodiazepines, or had a history of drug abuse. What could reduce the risk related to postop opioids?
I think that’s the next step in research: to try to identify how to reduce that risk. Studies do show that patients who have less pain in the hospital are less likely to use opioids long-term, but that evidence is hard to interpret and you can’t really say there’s a causal effect.

Those patients may have been less likely to use opioids in any case after discharge because maybe their surgery went more smoothly. But evidence does suggest that the better the pain control in the hospital, the lower the risk of long-term opioid use.

Are new prescribing laws too restrictive?
IN GUIDELINES released in 2016, the Centers for Disease Control and Prevention (CDC) advised doctors to voluntarily restrict their opioid prescribing. According to the guidelines, doctors should limit their initial prescriptions for patients with acute pain to a three-day supply, not 30 days. Further, opioid prescriptions of “more than seven days will rarely be needed.”

Several states—including Massachusetts, New York, Connecticut, Maine and Rhode Island—have taken that guidance further and imposed seven-day prescribing limits. But does that leave some patients without adequate pain control? Some researchers think it may. A study published online by JAMA Surgery this September looked at the optimal duration for postop opioid prescriptions after eight common surgeries. Based on 2005-14 data on more than 215,000 patients, the optimal script lengths were deemed to be between four and nine days for general surgeries, between four and 13 days for women’s health procedures, and between six and 15 days for musculoskeletal procedures.

Among patients receiving postop opioids, 19% received at least one prescription refill. While seven-day limits on postop opioids are sufficient for many common surgeries and gynecologic procedures, the authors conclude, “after many orthopedic and neurosurgical procedures, a 7-day limit may be inappropriately restrictive.”