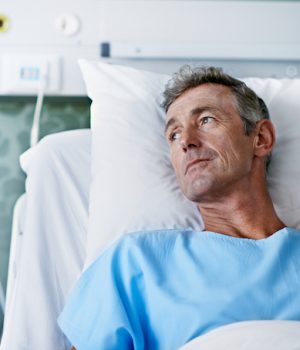 Today’s Hospitalist received the following from a hospitalist, who highlights his own sense of despair at not being able to fix a deteriorating situation.

Did you ever have that patient, the one where you walked in after he was already here for two days and realized he had been totally misdiagnosed?  He had persistent fevers of around 103 for couple of days, and everyone just kind of assumed that it was Covid-19.

Why not? That seems like one of the only diagnoses we have these days.

They are not even testing patients in the ER for flu today.  But they are giving them all a rapid antigen test for COVID-19.

So this guy had a little bit of an acute kidney injury that he come down with some gentle fluids over 2 days.  He had a spike in his transaminases and they were coming down as well.  But on my 1st day ICM sitting up in the chair, with a heart rate in the 130s, diaphoretic, and he keeps telling me he is just fine.  But he is not the picture of fine.  He has the picture of being septic from some source.  And to boot, his creatinine has begun to rise again.  His GFR was 52 yesterday and today it is 30. finally, his PCR COVID-19 test comes back and it is negative. but I am not really surprised, because he does not have any of the symptoms.  All he really had was a high persistent fever.

His wife drove in later that night from another state and I talked to her about the situation.  I told her that he was septic and I did not know what the source was.  An MRI had been ordered by infectious disease, but the patient was not able to have it done.  You see, we do not have an MRI in our building.  We have to send them by EMS and sometimes they consent there for a couple of hours waiting for EMS to bring them back.  He was in no shape for that.  But I had a repeat CT of the abdomen and the chest ordered.  I was hoping his creatinine would drop a little so I can not change that to a contrasted study.

Unfortunately, the next morning  his creatinine had suddenly risen and his GFR was down to 18. I called Nephrology and ask them about dialysis.  They agreed, and I called General surgery to come put in and line.  And I had him shipped to the ICU.  His heart rate was now in the 140s, he was breathing about 50 times a minute, and he had the picture of gram-negative sepsis. But he also had a negative urinalysis, a CT abd/pelvis that was normal 2 days prior.

It only goes downhill after … He ends up intubated, gets a line and dialysis, more imaging, surgical consult, more labs … and that lactic acid that was 0.1 on arrival is now 8.2. WBC’s suddenly up to 25. He’s on every antibiotic imaginable. Then, one after another the pressors get added: levo, vasopressin, neo and the blood pressure keeps tanking. I call the wife and say to her, “You might want to come in and see him. Forget the no visitors policy, you can come in.” It’s after 7 p.m. and I’m discussing everything with the on-call guy. I talk to ID, and nephrology and surgery before I leave because my shift is up. It’s no longer my problem. It’s the guy who is on for the night who will do the rest.

I’m walking down the hallway to go to the parking lot, texting my wife and asking if she needs anything. I’m going to stop by Walmart and pick up two big bags of cat food and four of those under-bed storage totes. I’m trying to concentrate on everything in front of me but I feel so empty. Totally drained. Like the life has been sucked out of me and there is nothing I can do about it.

Remember? It’s not my problem anymore. Someone else is taking care of it. But I know the outcome. I’ve already heard the tears over the phone. I know many more are about to come. Some of them mine.

Just a note … he did pass overnight. I just finished the death summary. I filled out some insurance paperwork for the family. But today is another day.