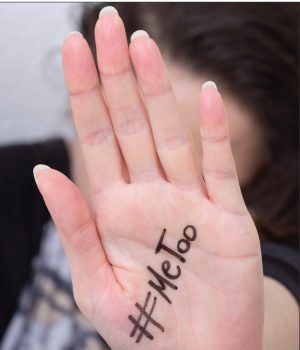 TWO PERSPECTIVES in the New England Journal of Medicine, both in the Sept. 12 issue, tackle sexual harassment in medicine, which the authors of both articles note is widespread.

One focuses on academic medicine. The authors point out that a recent National Academies of Science, Engineering and Medicine report indicates that as many as 50% of female medical students have experienced sexually harassing behavior vs. 25% of female engineering students. Further, most harassment in academic settings is “ambient” instead of being personally directed.

The authors of the second perspective note that medical centers mistakenly view harassment as an individual problem, focusing on legal cases and formal complaints, instead of as an organizational problem that encompasses a wide range of both verbal and nonverbal behavior. Saying that sexual harassment is medicine’s “chronic, debilitating disease,” the authors urge medical centers and health systems to adopt strategies for primary and secondary prevention instead of “waiting for full-blown, metastatic manifestations.” 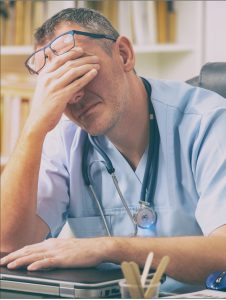 Further, the meta-analysis found that the links between burnout and low professionalism were more pronounced in residents and early-career physicians (those out of residency for five years or fewer) than among doctors in middle or late careers. The study was published online in September by JAMA Internal Medicine.

Among burnout symptoms—which the authors define as emotional exhaustion, depersonalization and reduced professional efficacy—depersonalization was associated with a 4.5-fold increased risk of low patient satisfaction. “Health care organizations are encouraged,” the authors write, “to invest in efforts to improve physician wellness, particularly for early-career physicians.” The authors note that a 2017 report suggests that half the doctors in the U.S. show signs of burnout, a rate that’s increasing 4% a year. 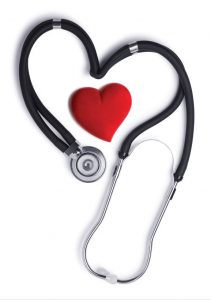 A COALITION of international cardiac organizations, including the American College of Cardiology and the American Heart Association, recently announced a revised universal definition of myocardial infarction, the fourth such definition to be released. The goal of the revision is to help clinicians distinguish between myocardial injury and infarction.

The new definition may also lead to the expanded use of cardiac MR imaging, which can help assess infarction as well as diagnose other conditions like myocarditis and inflammation. According to Cardiology News sources, MR capability is best used for patients who have an uncertain diagnosis. While it’s not as widely available now as CT and echocardiography, experts expect that to change within the next five years.

The revised definition was published in the August issue of the Journal of the American College of Cardiology.

Which transfusion strategy is best for high-risk cardiac surgery patients? 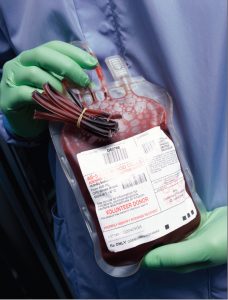 A STUDY published last November by the New England Journal of Medicine (NEJM) randomized high-risk patients undergoing cardiac surgery to either a restrictive or liberal red-cell transfusion strategy. That study found that both groups had similar outcomes within 28 days of surgery.

The authors have now published a six-month follow-up. Their results: At six months, the two groups still weren’t significantly different in terms of a primary composite outcome of all-cause mortality, myocardial infarction, stroke or new-onset renal failure requiring dialysis. The studies defined a restrictive strategy as less than 7.5 g/dL, while a liberal strategy was less than 9.5 g/dL in ICU patients or less than 8.5 g/dL in inpatients not in an ICU. The study was published in the Aug. 28 issue of NEJM. 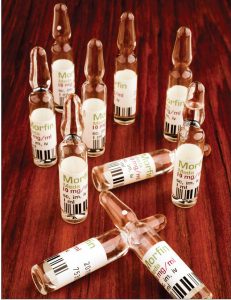 ACCORDING TO A NEW STUDY notifying physicians who prescribed opioids to patients who subsequently had fatal overdoses led those doctors to reduce their prescribed milligram morphine equivalents by 10% over three months, compared to physicians who didn’t receive such notifications.

The physicians in the study who were notified received a letter from their county medical examiner. Notified doctors also ended up writing fewer high-dose opioid prescriptions. Science published the study in August.

In other news, a California initiative known as the “Death Certificate Project” is taking a much more aggressive and disruptive approach, MedPage Today reports. The California Medical Board is taking death certificates in which prescription opioids are listed as a cause of death and matching them to providers who prescribed any controlled substance to those patients within the previous three years.

That analysis, which was first launched in 2015, has since led to more than 400 prescribers in the state having their patient records investigated.

The case for telling your colleagues what you earn 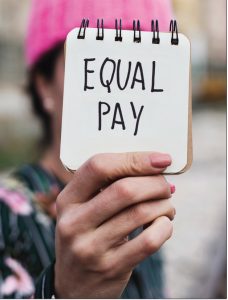 IT’S A COMMON TABOO: Employees aren’t supposed to tell each other how much they make. But a recent “Smarter Living” piece in the New York Times argues that it’s not only perfectly legal (pretty much) to share what you earn with your colleagues, but that widespread “salary secrecy” has direct and negative consequences.

Those consequences include wage suppression and pay inequities, which disproportionately affect women and minorities. Private employers can’t prohibit employees (except for supervisors, among a few other exceptions) from discussing personal compensation with peers and co-workers.

According to the author, sharing what you earn helps both yourself and your colleagues negotiate better compensation, which can boost job satisfaction and prevent low morale. Further, the author argues that what he calls “pay transparency” can protect companies. That’s because sharing compensation figures, in addition to improving job satisfaction, helps minimize claims of unfair treatment.