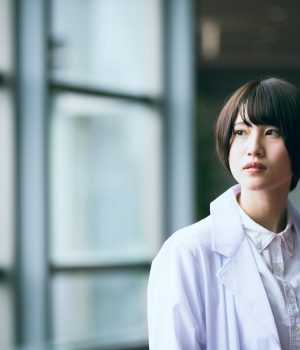 LIKE JUST ABOUT EVERYONE in academic medicine, Elizabeth Schulwolf, MD, chief medical officer at Austin’s Dell Seton Medical Center at the University of Texas, uses the word “creative” to describe how she and her colleagues tried to provide ongoing training for medical students and residents during the pandemic.

Initially, for instance, students could provide only virtual care. But residents had to become deeply embedded in hospital care teams, including for patients with covid, through repeated waves. In fact, one of the most eye-opening conversations she’s had during the pandemic, Dr. Schulwolf says, was with an intern who started her residency in July 2020.

“She was about nine months into her first year,” she recalls, “and she told me that the only patients she’d seen as an intern were covid patients.” While Dr. Schulwolf is sure the intern worked to identify other medical conditions among those patients to learn how to manage them, “it was startling to realize that all her training was largely framed around covid.”

Like clinicians everywhere during the pandemic, students and residents experienced staggering levels of innovation, personal risk and community. They have also experienced burnout, a deadly spread of disinformation, and a deep distrust of—if not outright hostility toward—science and medicine.

“The disruptiveness for trainees here was more on the order of what everyone felt with the lack of social interactions.” 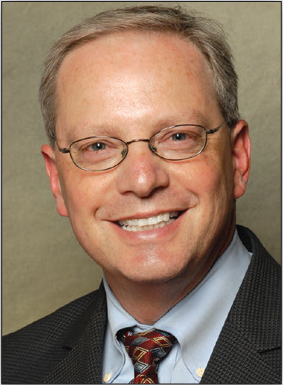 “None of these is novel to covid,” points out Robert Wachter, MD, chair of the department of medicine at University of California, San Francisco (UCSF). “But covid turbo-charged them all, and they have all accelerated trainees’ education in a lot of areas, both good and bad.”

Anxiety over clinical skills
In terms of professional disruption, Dr. Wachter notes that San Francisco had probably the most manageable covid surges among U.S. cities. That’s because California has had the lowest state transmission rate and

because both the San Francisco population and government aggressively embraced mitigation measures.

“The disruptiveness for trainees here,” he says “was more on the order of what everyone felt with the lack of social interactions.” Instead of being able to hang out in one big communal room, UCSF residents were divided into dedicated teams. “They essentially saw only each other.”

But Dr. Wachter knows firsthand about training during a pandemic. Almost 40 years ago, he began his residency at UCSF at the same time that young, previously healthy gay men in the city began streaming into the hospital to die from a still-unnamed syndrome.

“AIDS then had the same massive amount of death as covid,” he notes. One of his first publications was a piece in the New England Journal in 1986, describing the very high emotional toll on residents of treating AIDS patients. In that piece, he worried that his training was so skewed toward that one patient population that it might affect his ability (and that of his colleagues) to effectively treat other patients.

Fast forward to covid, when Dr. Wachter’s daughter was a second-year medical student at UCSF when the pandemic began. (She’s now in her fourth year.) “She was yanked out of all clinical rotations and any hands-on care for six months,” he says, “and that took a huge toll.” It’s in medical school, after all, that clinicians learn how to be part of a team —and they don’t learn that via Zoom. “These are truly transformative years when students move from novice to expert, and they gain confidence. They lost many of the interactions that are a fundamental part of that.”

For his daughter and her fellow students, that generated anxiety about the possible hit to their clinical skills and their chances for a competitive residency. While it turned out that the damage from the six-month hiatus “wasn’t irreparable,” Dr. Wachter adds, students did have “more of a learning curve” when in-person rotations began again.

Postponed rotations
As a third-year medical student, Adeel Sajid says the pandemic has indeed made the learning curve steeper. He attends a relatively new and private medical school in Texas that’s not affiliated with a hospital system. Instead, it relies heavily on volunteer physicians for preceptorships. But due in part to pandemic staffing shortages, Mr. Sajid was one of several people in his class who didn’t have a preceptor for his hospital medicine rotation.

“If I don’t have any exposure to a certain specialty during my third year, I probably will not consider it for residency. That may be the biggest loss.” 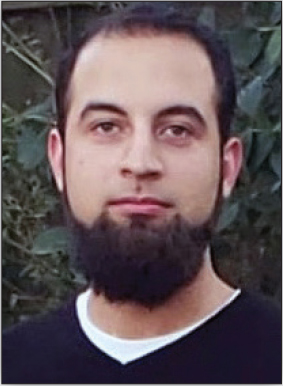 Last September, he posted an appeal on the SHM message board. Could any hospitalists near the school take on third- or fourth-year students for that core rotation? He didn’t receive any response. “Instead, we did a telemedicine elective we would otherwise do our fourth year,” he explains. “That’s how we’re managing it right now.” Mr. Sajid hopes he can make up that hospital medicine rotation next year—and he points out that class members who did clerkships in the hospital this year found them to be “overwhelming” due to covid. “Maybe it would be better to do that rotation next year when the situation improves.”

But Mr. Sajid worries about that lack of preceptors. “If I don’t have any exposure to a certain specialty during my third year, I probably will not consider it for residency. That may be the biggest loss.” Like many students around the country, he and his classmates missed out on some in-person anatomy sessions. Moreover, their training in osteopathic manipulative techniques had to be condensed into a few weeks, not spread out over their entire second year as per usual.

He lists several positives about training during the pandemic: “We’ve been tested, and we’re adaptable,” he says. “We came together, and we’ll probably be better prepared to face challenges in the future.” And like students nationwide, he and his classmates have demonstrated their commitment.

Ever-evolving strategies
For internal medicine residents, however, at least those with Banner Health in Phoenix, gaining hands-on skills hasn’t been a problem. Instead, the challenge has been finding strategies to provide education during a constantly-evolving pandemic. Those strategies have had to change with each different surge, based on what resources were available and on trainees’ needs.

Cheryl O’Malley, MD, associate dean for graduate medical education at the University of Arizona College of Medicine-Phoenix and an academic hospitalist at Banner-University Medical Center Phoenix, explains that her center—like others around the country—first kept residents isolated from covid patients, having only attendings round in person.

“We had to return residents to other experiences to round out their education.” 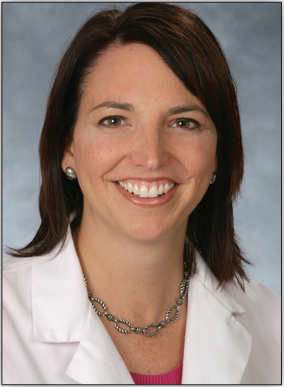 “Residents and interns stayed in platooned teams in a virtual team room, communicating with nurses and putting in computerized orders,” Dr. O’Malley says. “That worked for us early on when we worried that we wouldn’t have enough PPE.” But while that strategy gave residents plenty of experience with telehealth and other platforms, “we realized how challenging it was to work with a team when team members aren’t physically together.”

As fears of PPE shortages subsided in 2020, residents transitioned back into providing non-covid care, except in the ICU during a bad summer surge. When the next—and worst—wave came in November 2020, “we knew the same services would have high volumes and that they wouldn’t be able to handle it in the same way.” That’s when academic leaders decided to put the internal medicine residents on a seven-on/seven-off schedule, “to give residents a chance to recover.”

That temporary schedule, which was supposed to stay in place only two months, stretched out for four.

“Eventually, we had to acknowledge that we had to return residents to other experiences to round out their education,” Dr. O’Malley says. “Otherwise, the academic year would end and some residents would graduate without any experience in geriatrics or some other subspecialty.” Instead of continuing to adjust resident services to cover covid, “we found opportunities for locums and moonlighting fellows to offload any dependence on residents. We just really had to say that that was no longer an option.”

“Seeing opportunities that others miss”
According to Dr. O’Malley, it remains to be seen how residents taking such a deep dive into covid—as well as the loss of potential mentors, who were likewise drawn into treating covid—will affect internal medicine residents’ career choices. Certainly, “they’ve all had much more telehealth experience, and that’s really important.”

Dr. Schulwolf with Dell Seton agrees, saying that resident and student involvement in virtual transitions of care “strengthened their relationship to our community providers.” She also believes that medicine will permanently emerge from the pandemic as a hybrid world. “Some things just lend themselves to being virtual.”

“I think they’ll catch up. I hope trainees will always be proud of what they accomplished.” 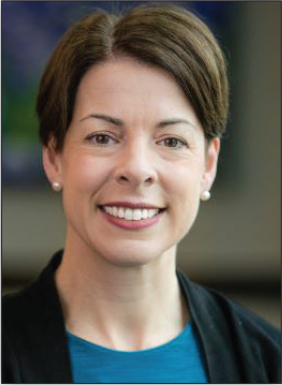 And while trainees at her center still struggle with fatigue from their third covid wave, Dr. Schulwolf isn’t really worried about training gaps. “I think they’ll catch up,” she says. “I hope trainees will always be proud of what they accomplished.”

In an SHM blog he wrote in 2011, Dr. Wachter reflected back 30 years later on his training during the early days of AIDS.

He recalls his own and his fellow residents’ “overwhelming sadness and palpable fear.” But he also credits that terrifying time as informing all his subsequent efforts in patient safety, care standardization, new care models (like hospital medicine) and health policy. Others who trained with him at UCSF, he wrote, have gone on to become leaders in oncology, palliative care and geriatrics, as well as urban health commissioners, AIDS experts, academic chancellors and one CDC director.

“My experience in those dizzying early years of AIDS,” Dr. Wachter wrote in 2011, “taught me that young people are extraordinarily good at seeing opportunities that others miss—because they’re not shackled to old ways of thinking.”

Dr. O’Malley believes that residents and students will certainly take the rapid problem-solving skills they were forced to develop into the future.

And “when employers or residency directors talk to anyone who trained during the pandemic, I hope they’ll just listen to hear what the impact of that has been on them,” she says. While students and residents may not have the same exposure to certain clinical areas as their predecessors, she hopes employers and program directors “will find opportunities to help fill in those gaps, if needed. I also hope they’ll be able to appreciate the good things, what trainees were able to learn and endure, during a very hard time.”

Published in the January/February 2022 issue of Today’s Hospitalist