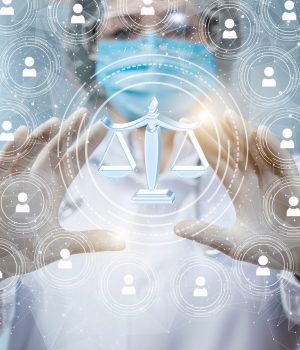 THE GOOD NEWS from a look at malpractice claims is that hospitalists face a similar volume of claims as general internists who don’t work in hospital medicine. The bad news? Claims for hospitalists are holding steady even as they’re slowing down for other specialties.

Published in the July 2021 Journal of Hospital Medicine, the study also found that hospitalists’ claims rate was higher than that for internal medicine subspecialties. While the rate for hospitalists showed no sign of slowing down across the period studied (2009-2018), the rate for five other specialties that researchers also examined during that time frame decreased.

Why? Lead author and hospitalist Adam C. Schaffer, MD, says that the study period coincides with the rapid growth of hospital medicine. He attributes at least some of the rise in malpractice claims to the growth of the specialty and an influx of young physicians just out of residency.

“Hospital medicine has been among the most rapidly growing specialties that we’ve seen,” Dr. Schaffer explains. “With increasing demand, you’re going to get more inexperienced clinicians entering the field. The relative inexperience of some hospitalists could be putting them at an increased risk of medical errors that eventually end up as malpractice claims.”

“There may be liability risks associated with helping other services manage their patients.” 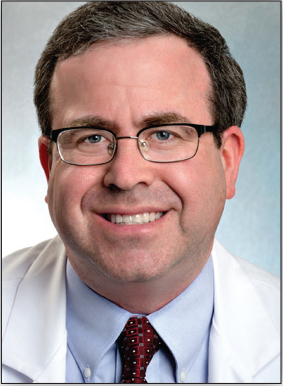 But having a relatively large number of young clinicians is far from the only factor behind the claims numbers. Dr. Schaffer says malpractice data highlight opportunities in a few key areas for hospitalists to not only reduce their malpractice risk, but also improve patient safety.

The importance of documentation
Dr. Schaffer, a hospitalist at Brigham and Women’s Hospital and assistant professor of medicine at Harvard Medical School, says that one predictor of whether a hospitalist claim would be paid out was the presence of an error in clinical judgment. Cases based on such errors had five times the adjusted odds ratio of being paid.

To avoid situations that may look like a judgment error, he suggests that hospitalists document their decision rationale at various stages of a patient’s treatment. At some point, “we all make clinical decisions that, with the benefit of hindsight, turn out to have been suboptimal. Hospitalists make decisions based on information available to us at the time.”

As Dr. Schaffer notes, explaining the thought process behind decision-making makes defending those decisions easier. Colleagues in claims management have told him that while paper charts can show a very linear path to a physician’s decision-making, EHR systems don’t.

“With EHR systems,” he notes, “we’re pulling data from different areas. We’re checking vitals, going into the radiology module, reviewing medications that were administered. There are so many data that it’s hard to show in retrospect what specific data were available to the hospitalist when, and which specific data drove the hospitalist’s decision-making at any point in time.”

His suggestion: Add a line or two in the chart explaining the rationale behind your decisions. “Given that you know the patient is afebrile, the rest of the vital signs are normal and the patient is feeling better, you can explain that you’re holding off on starting antibiotics,” Dr. Schaffer says.

That not only may lower your malpractice risk, but also improve patient care. “If the patient’s clinical situation changes,” he says, “knowing why you decided to hold off on antibiotics will be helpful context, particularly for a colleague covering overnight.” Without such brief notes, “it’s harder than one might expect to reconstruct that thought process months or years later.”

“The data raise the possibility that there may be liability risks associated with helping other services manage their patients,” Dr. Schaffer points out. “As hospitalists’ scope keeps expanding and we see a broader array of patients, potential risk is increased because we have less experience taking care of those patients.”

The data also point to opportunities to improve surgical comanagement. While one goal of the study was to help hospitalists avoid a malpractice claim, the primary goal was to make patient care safer. Along those lines, one issue that can interfere with safe care, particularly in surgical comanagement, is “diffusion of responsibility.” When hospitalists are comanaging patients with other services, it’s important to clearly delineate roles.

“There should be no ambiguity about who has responsibility for which aspects of the patient’s care,” Dr. Schaffer says. “Make sure that it’s specified that the surgeons take responsibility for addressing those aspects of care that fall the most in their expertise, like treating post-operative wounds.”

And hospitalists shouldn’t focus only on doctors from other specialties. The data indicate that nurses, for example, were involved in 22% of hospitalist claims, while NPs/PAs were involved in just over 6%. That latter number is expected to grow as nonphysician providers expand their presence in hospital medicine.

AN ANALYSIS of malpractice data gives a detailed picture of what claims against hospitalists look like. Here are some highlights:■ The most common claims were for errors related to medical treatment (40%), diagnosis (37%) and medications (13%).

■ The median payout for hospitalist claims was just over $230,000—higher than claims for all other specialties except neurosurgery.

■ Just under one-third of claims against hospitalists resulted in a payout, a rate similar to other specialties. That number, however, was significantly lower than the payout rate for emergency physicians.

Published in the September/October issue of Today’s Hospitalist