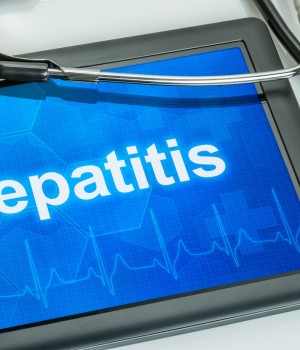 MORE THAN 2.5 MILLION PEOPLE in the U.S. have chronic hepatitis C virus (HCV), the leading cause of cirrhosis and of liver cancer, the country’s fastest-growing cancer in terms of incidence. Most of these individuals are unaware that they are infected, and that knowledge could be life-saving.

“We now have incredibly effective treatment that we didn’t have just a few years ago,” says Barbara Turner, MD, a general internist and health services researcher at the University of Texas Health Science Center San Antonio. “If we can get patients in for treatment, usually they can be cured within three months.” Baby boomers “those born between 1945 and 1965 “are at most risk. Screening involves a simple protocol, but many patients never get tested. Writing in the November issue of Hepatology, Dr. Turner made the case that safety-net hospitals should consider routine screening for HCV because the virus is significantly more prevalent in the low-income populations those hospitals serve.

“Hospitals should compare the costs of testing uninsured patients to the cost of treating severe liver disease.”

She discussed the key takeaways of that program with Today’s Hospitalist.

What prompted you to initiate an inpatient screening program?
The impetus was really a national mandate. The U.S. Preventive Services Task Force says we should be screening all baby boomers because they represent three-quarters of Americans infected with hepatitis C. Most have been infected for decades and are just now developing serious problems in terms of cirrhosis, liver failure and liver cancer.

The CDC also funded several programs around the country to implement HCV testing, including ours, which I think was the only inpatient program.

You found that 4% of patients you tested had chronic HCV. How did the program work?
We relied heavily on the electronic medical record to help us identify people who were eligible for screening based on age and on never having been tested for HCV. We integrated the testing protocol into the admission order sets, so it was automatic order entry.

Initially, we asked admitting nurses to obtain screening consent from eligible patients, but that turned out to be cumbersome. So we moved to an “opt-out” approach, meaning that patients were provided information about testing and given the opportunity to decline.

We offered information about baby boomer HCV screening on prominently-displayed posters and TV ads in the patient rooms. We also put information in patients’ admission packets, so anyone who had a problem with being screened could tell their nurse.

Patients are first tested for anti-HCV antibody, which can be performed on a routine blood draw. But a positive result only confirms that the patient has been infected in the past, and between 20% and 40% can clear the infection spontaneously. So a positive anti-HCV antibody needs to be followed with a second blood test for HCV RNA to see if the patient is still chronically infected.

Our laboratory performed the HCV RNA test as a reflex on the same blood sample when the patient tested positive for anti-HCV antibody. That allowed us to avoid a second blood draw and helped us rapidly determine if patients were chronically infected. As a result, we could counsel most patients and make plans for follow-up care before they left the hospital.

Does a hospitalist have any role in screening or treating patients?
HCV is treated in an outpatient setting. But it’s critical to diagnose people in the hospital and teach them about the infection, how to avoid infecting others and how to get care. In our program, an inpatient HCV counselor notified patients of the test results, and she educated those who tested positive and set up a follow-up care plan.

We also had a community health worker who contacted patients after discharge to help them get needed tests to evaluate disease stage and HCV genotype, then be seen by a specialist. The more you can provide a warm hand-off to outpatient care after discharge, the more successful you are in not losing patients to follow-up.

Hospitalists need to be kept informed about test results and follow-up plans. They should note an HCV diagnosis in the discharge summary and write an order for follow-up care. Occasionally, finding out that patients have HCV infection can affect their management while hospitalized.

Because patients are not starting treatment in the hospital, why is screening inpatients a good idea?
Hospitals are, in fact, an incredibly important place to do HCV screening. For one, hospitals treat many people who are not regularly engaged in health care, so they are unlikely to get screened as outpatients. And hospitals treat a disproportionate share of men, who tend to be even less engaged in health care than women but are two times more likely to be infected with HCV. Hospitals offer a rare opportunity to diagnose men who are unaware that they have this disease and help them access follow-up care.

The inpatient setting also works well for screening because “as opposed to emergency rooms, for example “hospitalized patients usually have at least a couple of days to do the series of tests needed for diagnosis and to receive counseling.

How much did the program cost?
The total cost over 14 months was more than $280,000, but most of those were start-up costs for a first-time program. The information technology staff had to program the screening information into the admission order sets. Unfortunately, this hospital had an EMR that allowed for slews of admission order sets for different diagnoses, so it was pretty cumbersome. I think other hospitals might not have this problem.

A big challenge is how to pay to test uninsured patients. For about 5,000 patients, it cost the hospital $20,000, which led the hospital to stop the whole program.

My argument to hospitals is they should compare the costs of testing uninsured patients “in our case, $20,000 over 14 months “to the cost of treating patients with severe liver disease. We know that people with cirrhosis are high-utilizers and that these patients are over-represented in 30-day readmissions. It behooves a hospital to take the long view and screen people to identify who needs to be treated. Curing HCV with only a brief three- or four-month course can avert disasters down the road.

But isn’t it expensive to treat HCV patients?
A cure currently costs between $80,000 and $100,000, so that’s a big drawback. But that happens in the outpatient environment. Every hepatologist in the country knows how to write an application to a patient-assistance program for free drugs for low-income patients. And treatment costs will certainly decrease with all the effective new drugs that are coming out now.