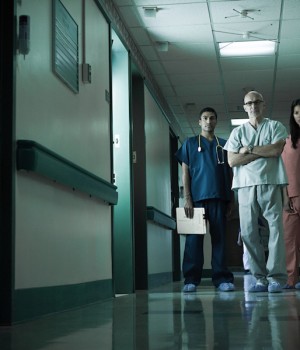 Published in the July 2009 issue of Today’s Hospitalist

FOR YEARS, MULTICARE INPATIENT SPECIALISTS struggled to find a way to cover nights without burning out members of the group.

The program tried everything from having the entire group share call to hiring dedicated nocturnists, but someone always ended up being unhappy working nights. Plus, given the group’s rapid growth, the program needed a sustainable model for recruitment and retention.

“I was concerned that we would hire nocturnists only to have them decide that they wanted to work days,” explains David Chen, MD, medical director of inpatient services for MultiCare Health Systems in Tacoma, Wash. “But if we had no day job available, we would lose them, and these were good physicians.”

That’s when the group “which covers two of MultiCare’s four hospitals “decided to try a strategy to address not only rapid growth, but also its need for sustainable night coverage. The solution? Dividing the entire group of hospitalists into rounders and admitters.

According to Dr. Chen, the strategy immediately made the group more efficient, which improved workflow. But it also enabled the group to make working nights both attractive and doable. That, in combination with a creative and generous schedule, has helped keep the group’s retention rate at a whopping 99%.

The threat of burnout
Back in 2004, when Dr. Chen took charge of MultiCare’s hospitalist service, the group decided to move away from sharing nights and to start looking for four nocturnists. While Dr. Chen says he was able to find those physicians relatively easily over a two-year period, he remained concerned about the sustainability of those positions. He had seen more than one hospitalist burn out on night work, a trend he knew would continue.

At the same time, the group was adding physicians furiously to cope with surging patient volumes. It expanded from six hospitalists in 2002 to 12 in 2004. Five years later, the group has 26 hospitalists, with plans to add two more this year.

With growing patient census, hospitalists were having trouble both admitting new patients and rounding on existing ones. “We felt we had to be in two places at the same time,” Dr. Chen says, “and we heard about other programs that had hospitalists who just admitted or just rounded.”

That’s when the group split up into admitters and rounders, and today, they remain two separate and equal groups. But there’s this twist to address covering nights: While rounders work only during the day, admitters alternate between weeks of nights and weeks of days, with each admitter doing one seven-on block of nights per month.

An offer too good to refuse
To give hospitalists an incentive to work as admitters, the group has them work shorter shifts. It also pays admitters an 11% differential for doing night work. While rounders work shifts of between 10 and 14 hours, for example, admitters rarely work more than 10 hours. Dr. Chen estimates that overall, admitters work about 200 fewer hours per year.

While shorter shifts and higher pay are attractive, Dr. Chen notes that some of the hospitalists like working nights for other reasons.

“They like seeing people up-front,” he explains, “getting them stabilized and tucked in, then not having to follow all of the social things that come up afterward, like talking to the family, preparing discharges, dealing with skilled nursing facilities and interacting with the staff as intensely. It’s a little more like emergency medicine.”

When Dr. Chen recently had two rounder positions open up, he found out just how satisfied the admitters really are. He expected to find several takers willing to drop nights for those daytime shifts but most weren’t interested. Two admitters eventually did make the switch, but Dr. Chen says it was a much harder sell than he had anticipated.”

Time to decompress
If the admitters at MultiCare don’t particularly mind working nights, it may also have to do with the group’s unique schedule. After doing five seven-on/seven-off rotations, each hospitalist in the group gets a three-week block of time off. (That block of time is built into the schedule for both rounders and admitters.) This provides ample time, says Dr. Chen, to decompress from the intense work.

Dr. Chen notes that physicians in the group work a total of about 22 weeks a year, even though their total work hours are about the same as the national average. By comparison, the admitters probably work slightly more hours per year than the mean for nocturnists because half their shifts are during the day.

He admits that some hospitalist groups may not like the idea of giving physicians such large chunks of time off four times a year.

“If you talk to some leaders, they don’t feel like that’s an optimal schedule,” says Dr. Chen. “But our group has had less than 1% turnover in the eight years I’ve been here and the five years I’ve been program director. If I were to change or suggest a change to our schedule, I would lose at least half the group.”

The blocks of off-time are also an effective recruiting tool. “Most physicians who come to our program have been working other schedules, so they like it,” Dr. Chen says. “After they come here, they say if anyone complains, ‘You should go to the group I came from.’ ”

He also points out that the hospital administration understands the value of having an appealing, sustainable schedule. Recruiting is expensive, administrators realize, and turnover is both disruptive and inefficient.

Staying flexible
While the decision to split the group into admitters and rounders has helped in many ways, Dr. Chen does have some concerns about having two groups of physicians doing very different things. “When you sit down at meetings,” he explains, “it’s easy for folks to look across the table and say someone else isn’t doing the same job as you.”

“You always have to upstaff a little to accommodate those blocks of time off,” Dr. Chen says. And because scheduling such distinctly different shifts is fairly complicated, he says, it’s important to emphasize that schedules and rotations can change whenever the practice adds more staff.

“The group had to understand that nothing stays the same and that everyone has to be flexible,” Dr. Chen says. “If you think your schedule is set in stone, you’re going to be unhappy.”