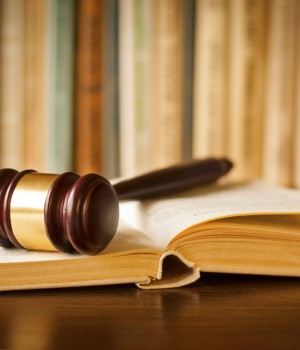 “Congress killed off the SGR, which was richly deserved,” said Ron Greeno, MD, during a presentation at this spring’s Society of Hospital Medicine (SHM) annual meeting. But what doctors may not know is that Congress replaced the SGR with a new law: the Medicare Access & CHIP Reauthorization Act of 2015 (MACRA). That new acronym is going to usher in a lot of changes in terms of how Medicare pays physicians.

Dr. Greeno, who’s chief strategy officer for IPC Healthcare and is SHM’s president-elect as well as the chair of its public policy committee, explained that many of the specifics about MACRA have yet to be determined. While Congress passed the new law, it gave the Department of Health and Human Services rulemaking authority. That process should yield some proposed rules either late this spring or early summer.

“If you’re not at the table, then you’re on the menu.”

They also made it very clear that one of the two will be a better choice for hospitalists because of the sizeable incentive the Centers for Medicare and Medicaid Services (CMS) plans to offer physicians.What is clear is that starting in 2019, doctors will have to choose to be paid via one of two separate payment tracks. In the presentation, Dr. Greeno and Greg Seymann, MD, vice chief for academic affairs in the hospital medicine division at the University of California, San Diego, and chair of SHM’s performance measures reporting committee, spelled out what’s known now about those two pathways.

MIPS
MACRA’s two separate payment options are the merit-based incentive payment system (MIPS) and alternative payment models. If you don’t choose one of the two, Medicare will choose one for you.

“Doctors who don’t actively seek to be paid via an alternative payment model will have their payments determined by MIPS,” Dr. Seymann explained. As he put it, MIPS is CMS’ effort to more closely link fee-for-service payments to value and quality.

If that sounds familiar, there’s a reason. MIPS—which will assign individual physicians a composite score derived from four performance components—reflects several already existing incentive programs. “You may think the new program is a brand new shiny car,” Dr. Seymann said, “but it’s really a used car with a new paint job and some body work.”

Here’s Dr. Seymann’s breakdown of the four components in MIPS and the problems hospitalists may face with each:

Quality reporting. In the program’s first year of implementation, fully half of doctors’ composite MIPS score may be tied to quality measures. Those measures—and your scores—are supposed to come directly from the current physician quality reporting system (PQRS) program.

Once doctors report their performance on those measures, said Dr. Seymann, “the CMS will benchmark your quality performance to the national average. It will then decide if you’re a high-quality provider who deserves a bonus, or low quality and in line for a potential penalty.”

The problems with this MIPS component are the same ones that hospital medicine has had all along with the PQRS: Hospitalists have a very limited number of quality measures they can report on that are clinically meaningful for their practice.

“In PQRS, we’re supposed to report on nine measures across three domains, but we’re basically down to only three measures,” Dr. Seymann said. SHM is working with the CMS to expand that number and to advocate for allowing doctors to report work they’re already doing in their hospitals to improve quality and reduce readmissions.

Resource use. Right now, the resource-use component of MIPS is very similar to the current value-based payment modifier, which provides for differential payments to doctors or groups based on how their quality of care stacks up to their costs.

Again, the CMS plans to benchmark each hospitalist’s spending against a national average. In what Dr. Seymann called “a great stroke of timing,” the CMS just approved a new specialty code for hospital medicine. That code, which should take effect within a year, will make it possible to benchmark hospitalists against their peers—and “hospitalists really stand out compared to outpatient providers on costs.

“ One way in which hospitalists’ costs will be compared to that of their peers is on Medicare spending per beneficiary, which looks at costs that accrue from three days before a hospitalization through 30 days after. According to Dr. Seymann, the CMS may also include other measures to gauge spending and utilization, including part D drug costs or Choosing Wisely measures.

The big question for hospitalists is how hospitals (and the CMS) will attribute costs. That becomes a huge issue when, for instance, groups are included in cost analyses for spending on items like emergency medical services. Another big unknown is how costs should be reported: only at the group level, or a combination of group and individual spending?

Meaningful use of certified EHR. As Dr. Seymann noted, physicians aren’t sure what this component will look like, “but we suspect it will be similar to meaningful use,” a program the CMS has already signaled will sunset. Problems for hospitalists with this component are expected to be the same as with the meaningful use program.

“The majority of hospitalist groups aren’t in a position to influence the EHR that they use, and we don’t feel we should be penalized for that,” he said. Hospitalists have worked out a meaningful-use exemption, a process that should become even more streamlined with the new specialty code. “We hope to continue that strategy.”

Clinical improvement section. This is the one MIPS component that remains a mystery. It hasn’t yet been developed in terms of implementation, and it hasn’t been likened to an already existing program.

“The CMS has described it as an activity that improves your clinical practice, care delivery and outcomes,” said Dr. Seymann. Categories that the CMS has specified as priorities include expanding access, population management, care coordination, patient safety and practice assessment.

Further, “we hope we can get credit for the quality improvement work we’re already doing and that reporting won’t be duplicative,” he noted. “We also don’t want to face an undue administrative or reporting burden.”

The benefits of the alternative model
It’s true that MIPS will streamline reporting that doctors are now supposed to be doing in several programs. But given its many moving parts, “MIPS may have been deliberately created to be so complex to drive everyone toward the other option: the alternative payment model,” Dr. Seymann said. “That’s where we see the future, and we think the CMS does as well.”

If hospitalists choose an alternative payment model over MIPS, they’ll be exempt from all that MIPS reporting. “That sounds pretty good,” said Dr. Greeno

Another big advantage: To move doctors away from fee for service, starting in 2019 the CMS will offer qualifying physicians and groups working within an alternative payment model a 5% lump-sum payment incentive.

“You’ll get an immediate 5% bump on your entire Medicare population,” Dr. Greeno added. Given that MACRA otherwise sets only a 0.5% yearly increase in physician payments, “this is big. In addition, the alternative payment model allows you to gainshare some of the money you save.”

But in return, doctors and groups have to participate in a defined alternative payment model, which currently includes bundled payments, ACOs and outpatient medical homes.

And providers have to agree to take some risk, which is not the case in MIPS, which leaves many questions. So far, the CMS has defined it as “nominal risk .”

To participate in an alternative payment model, providers must meet thresholds of either payments or patients. “It will either be a percentage of money you get from the group or a percentage of patients you treat,” said Dr. Greeno. The threshold set for 2019 is 25% or more of all your fee-for-service Medicare patients. Starting in 2021, threshold requirements jump to 50% of patients from all payers, including 25% or more of all Medicare patients.

Who will qualify?
So what’s the elephant in the room in terms of this payment option? “As facility-based providers, we have little control over whether our hospital or employer participates in an alternative payment model program, and we don’t always have the ability to start our own,” Dr. Greeno pointed out. “In a certain sense, we’re at the mercy of the hospitals where we practice.”

Right now, advocacy efforts are directed at trying to optimize hospitalists’ ability to participate in the alternative payment track. Will hospitalists need to take direct risk to qualify, or will they be able to qualify by treating a hospital’s at-risk patients? “We think hospitalists should qualify, even if they’re not taking direct risk,” Dr. Greeno said.

For private hospitalist groups, should costs related to building the infrastructure to manage alternative payments be considered at-risk dollars? That’s another consideration, Dr. Greeno noted, that hospitalists are trying to convince the CMS to include in the rulemaking. “It’s the kind of thing that can make a huge difference in who will qualify.”

Dr. Greeno also pointed out that April 1 was the debut of a major bundled payment program: the comprehensive care for joint replacement model, which mandates bundled payments for knee and hip replacements in about 800 hospitals around the country.

The problem, said Dr. Greeno, is that all the opportunity for risk in that program is being taken by hospitals. As for the doctors, including the orthopedists and hospitalists who comanage orthopedic patients, “they can’t take risk on their own patients,” he said. “We think that’s a mistake.”

He urged hospitalists to pay attention to the proposed rules when they come out and to advocate for their own interests. “It’s a classic example,” Dr. Greeno said, “of: If you’re not at the table, you’re on the menu.”