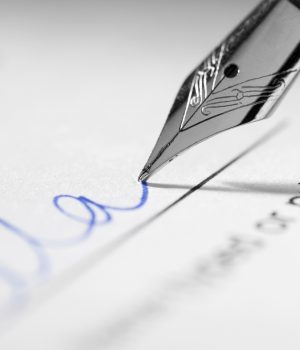 YOU HAD A GREAT INTERVIEW at a program you really liked, and the group has sent you a letter of intent outlining the terms of a potential job. The practice is asking you to sign the letter and return it. You know the document isn’t legally binding, so shouldn’t you just go ahead and sign?

That all depends on what the letter says. Make sure the terms seem reasonable, whether it’s the amount you’ll be paid or the number of hours you’ll work in a given week. If something seems wrong, don’t just sign because the document isn’t legally binding. That’s the advice of health care attorney Dennis Hursh, JD, of Hursh & Hursh PC, a Pennsylvania-based law firm that specializes in representing physicians in employment contract review and negotiation.

“The fact that letters of intent aren’t legally binding trips up many physicians.” 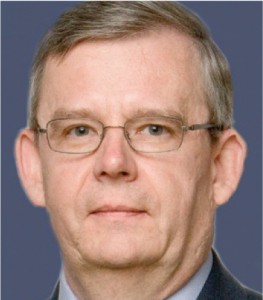 He says that about 10% of his physician clients receive a letter of intent from prospective employers—and that the content of those letters is all over the map. Because no two letters of intent are the same, Mr. Hursh says, they require a careful reading.

And while it’s true that signing such a letter doesn’t legally obligate you to take a job with that employer, there can be consequences to signing too soon. He urges physicians to take letters of intent seriously.

Mr. Hursh spoke to Today’s Hospitalist about how doctors should approach letters of intent.

What is the basic purpose of a letter of intent?
The purpose is to make sure that everyone is on the same page. If I’m a hospital and I’m talking about hiring you at a salary of $220,000 and you think you should make $350,000, there’s probably no reason for me to produce a 30-page employment agreement because we’re not on the same page. If we are miles apart on the salary, it makes no sense to move to the stage where we produce and review a contract.

So the purpose really is to make sure that we’re not wasting anyone’s time. The good news is that if an employer gives you a letter of intent, it has decided you’re the best person for the job. Employers aren’t giving letters of intent for one job to five people and waiting to see who replies first. They’ve pretty much decided they want you.

Should physicians have a lawyer review a letter of intent?
A lot of times, I feel I don’t need to review a letter of intent. The times I do want to review is when the employer is using very specific numbers. If they are offering you $200,000 and you think you’re worth $250,000, I would try to suggest using language that says you’ll be paid fair market value based on reasonable benchmarks.

We basically postpone the discussion about compensation until we have time to look at compensation benchmarks and present those to the employer. When letters of intent get into specifics the physician isn’t comfortable with, it’s time to get a lawyer involved.

What should physicians do if the letter of intent is throwing out compensation numbers that seem really low?
I suggest saying to the employer, “Look, I’m not an expert in this, but I thought a higher number was more reasonable. I’d like to get an attorney or someone with expertise in compensation to look at this.” At that point, we’ll suggest changing the language to fair market compensation so we don’t bring the process to a halt while we research compensation.

How specific are most letters of intent?
It’s all across the board. I have seen some that say only we’re going to pay you this much money to work in this specialty, and then others offer a lot of detail. The good ones will lay out not only money, but specify that call will be shared equitably if that applies and spell out the time off that physicians receive for vacation and CME. It’s really all over the map.

What are the downsides of signing a letter of intent?
You need to assume that anything mentioned in the letter of intent is off the negotiating table once you move to the contract stage. If you sign a letter of intent saying you are going to work for a group at $240,000 a year and then you come in later and say, “I really think I should be paid $260,000 a year,” it can leave a bad taste in the employer’s mouth.

The fact that letters of intent aren’t legally binding trips up many physicians. There’s nothing legally wrong with signing a letter of intent and then trying to negotiate the items in it, but it makes you look like you’re not negotiating in good faith. As far as the employer is concerned, you have already agreed to what’s stated in the letter—so if you do want to renegotiate any of those terms, you’re in a weaker position if you’ve signed.

I’ve explained that my client didn’t have access to compensation data when she signed the letter of intent and that I thought the numbers were low, and I’ve been able to renegotiate compensation numbers in that situation. But it’s not ideal.

If you end up signing a letter of intent and then not taking a job with that employer, it could come back to haunt you a few years later if you look for a new job with that group or practice. Or in today’s health care marketplace, the group you join today could be bought by the practice you stiffed with the letter of intent, and you could find yourself working for someone who has had a bad experience with you.

Published in the March 2020 issue of Today’s Hospitalist; this article originally appeared on Today’s Physician.